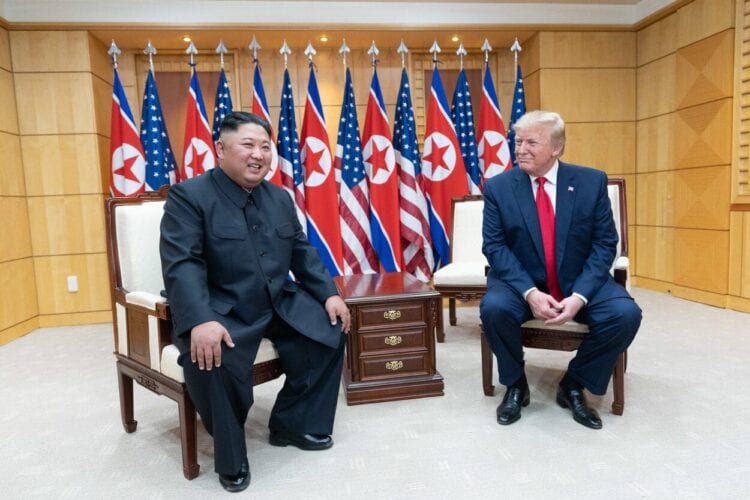 Over the last few days, North Korea has been attacking South Korea and the United States in various statements after being relatively quiet for several months.

While most media is rightly focused on specific threats aimed at Seoul that look quite troubling, there might be something even more dangerous brewing.

In a recent press release attacking America and Trump timed to the second anniversary of the Singapore Summit, North Korea dropped this gem:

“The secure strategic goal of the DPRK is to build up more reliable force to cope with the long-term military threats from the U.S.”

While that can clearly mean many things, I would argue that North Korea has just threatened the U.S. once again with resuming long-range intercontinental ballistic missile tests or ICBMs. Such an action would cross what top Trump Administration officials have described to me several times over the last two years as a “red line”.

None of this should serve as a shock. Over recent months, Pyongyang has dropped hints that such an action might be in the offing. First, there was the North Korean threat to give the U.S. a “Christmas gift” late last year, perceived by many to be an ICBM test, which thankfully never occurred. Then, at the end of 2017, North Korea vowed to show the world a “new strategic weapon.” There has been also statements earlier in the year that Pyongyang does not feel bound by any pledges made to America in regard to halting ICBM tests.

If North Korea were to take such a hostile action you can bet President Trump would respond, as it was North Korean ICBM tests that largely sparked the 2017 U.S.-North Korea nuclear showdown. And, of course, this is an election year in the United States, and with Trump potentially being deprived of one his perceived most important diplomatic accomplishment–giving the Biden campaign a new line of attack that Trump’s outreach to North Korea has failed–we could see America go back to a full “fire and fury” and “maximum pressure” posture.

To be honest, up until now, I did not think North Korea would dare test an ICBM this year, instead, waiting to see who wins the Oval Office come November, before doing much of anything. However, my thinking on this has shifted in recent days, specifically due to the North Korean usage of the word “reliable”.

At present, the Kim regime’s nuclear forces are clearly not reliable enough to ensure a successful nuclear strike on America. Pyongyang, at least according to what open-source information we have,  has never tested a dummy warhead that can penetrate Earth’s atmosphere. At least for now, Pyongyang has only tested the range of its Hwasong-14 and Hwasong-15 ICBMs back in mid-to-late 2017.

The only way North Korea can develop a ‘reliable’ ICBM is to keep testing—and that means testing a working warhead design in the field—not confined to a lab. And with reports last week that North Korea built and displayed more ICBMs, Pyongyang could very well spark a crisis later this year with a fresh round of testing. One cannot even rule out a July 4 launch, the exact date back three years ago when North Korea tested its very first ICBM.

Clearly, now is the time for Washington and Seoul to make it clear if the DPRK does test an ICBM there would be serious consequences and that the door for dialogue is open—on all outstanding issues. Sadly, I have a feeling North Korea has once again chosen a dark path towards increasing tensions.

Harry J. Kazianis (@Grecianformula) is Senior Director of Korean Studies at the Center for the National Interest.