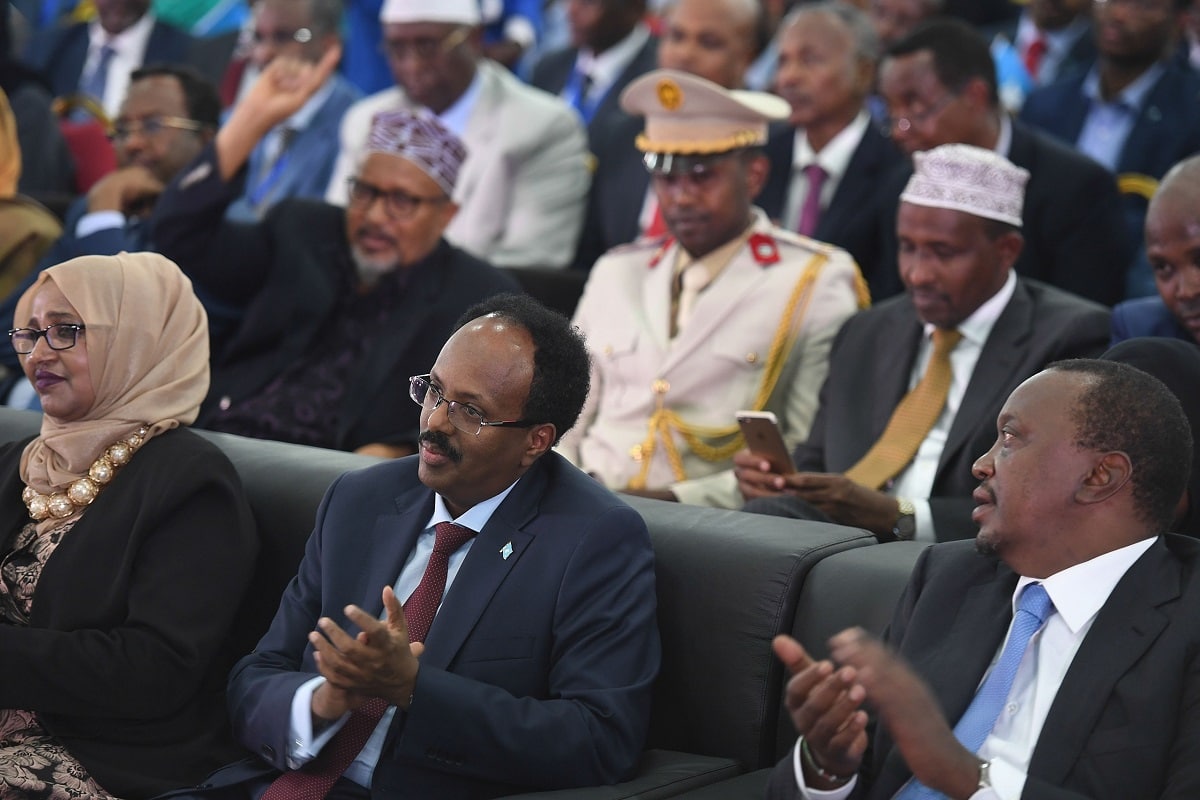 Somalia is at the precipice. President Mohamed Abdullahi Farmaajo’s term expired today but Somalis have not yet held elections to choose a successor. Two of Somalia’s state presidents as well several candidates vying to succeed Farmaajo say they no longer recognize him as president. In effect, Farmaajo has become the squatter-in-chief.

U.S. Ambassador Donald Yamamoto and James Swan, a former U.S. diplomat who heads the parallel UN mission, seek to buy Farmaajo extra time. It is their strategy of centralizing power in Mogadishu, however, that now brings Somalia to the brink. Somalia collapsed in 1991 largely as the result of a broad backlash against President Siad Barre’s dictatorship. Somaliland left the union and the rest of the country descended into chaos and warlordism. It took years of careful diplomacy to establish a federal system that organized Somalis into states, from north to south Puntland, Galmudug, Hirshabelle, Southwest State, and Jubaland.

That dictatorship is easier to manage than democracy is a common belief within the State Department, but it is one that often backfires. After the first Palestinian Intifada (1987-1993), for example, the State Department resurrected Yasir Arafat, the Palestine Liberation Organization chairman in Tunisian exile, rather than deal with grassroots Palestinians who spent their lives interacting with Israelis. Secretary of State James Baker advocated for Saddam Hussein to remain in power after the 1991 liberation of Kuwait because he feared both Iraq’s majority Shi’ites and Kurds. More recently, successive secretaries of State have turned a blind eye toward the consolidation of Barzani family dictatorship in Iraqi Kurdistan. As Recep Tayyip Erdoğan consolidated his dictatorship in Turkey, Ross Wilson, a former U.S. ambassador to Turkey, dismissed the opposition parties as a “cacophony.” In each case, supposed short-term stability came at a tremendous long-term price.

So it has been with Farmaajo: While Yamamoto and Swan theorized that channeling money through Mogadishu would allow him to buy patronage, the opposite is true: He has sought to weaponized aid even at the price of Somali stability to undercut rivals. He has also worked to undercut the Somali system by seeking to impose his own proxies in Somalia’s federal states and on election commissions. Had the State Department sought to build on the Somali federal system rather than undercut it, Somalia might not again be looking at state collapse.

Perhaps it is time to start listening to Somalis rather than seeking to dictate to them and to be mindful of Somali history rather than demanding the country repeat its errors. The federalist discourse in Somalia is deep-rooted. In the late 1950s, for example, as independence neared for Italian Somaliland (today’s Somalia), the Digil-Mirifle party of the clans of what is now the Southwest State who speak a distinct Somali dialect called for a federal system in which they could have their own state instead of a unitary central government. Nationalists steamrolled over their demands, but the desire for locals to rule over their own communities frequently re-emerged as centralization only bred resistance and instability.

Decentralization need not mean chaos or a return to warlordism. Somalis often discuss the United Arab Emirates and Swiss models among themselves. Americans may think of the United Arab Emirates as a unitary whole, but its seven constituent emirates largely run their own affairs. Sharjah, for example, has a large Shi’ite population is generally more conservative; it banned alcohol in 1979. Neighboring Dubai, just 15 minutes away when traffic is light, has more of a Las Vegas vibe. Citing its own economic vulnerability and dependence on tourism, Dubai has resisted a COVID-19 shutdown while Abu Dhabi, oil-rich and less dependent on tourism, has embraced a strict lockdown. While Abu Dhabi seeks a tougher line on Iran, northern-most emirate Ras al-Khaimah, often pursues a more Iran-friendly foreign policy. Abu Dhabi’s national power is largely limited to defense and basic economic policy, such as control over the currency. Switzerland, meanwhile, brags that its 173-year-old federal system has promoted rather than undercut social cohesion. The basis of the Swiss system is that the confederation only conducts tasks that individual cantons are unable to perform.

The models may not be fully analogous: Somalis are more homogeneous than Swiss and, unlike many Emiratis, they seek to elect state leaders rather than inherit them. Still, as Farmaajo’s dictatorial overreach pulls Somalia apart rather than promotes its unity, it is time to recognize that the best way forward is to let Puntland, Jubaland, and the other states run their own affairs absent interference from Mogadishu. The question is no longer academic: Somalis are not stupid. They recognize that Yamamoto and Swan seek the façade of federalism but the substance of dictatorship. The age of colonial governance should be over, however. An overly centralized Somali state will lead only to a multibillion-dollar failure and either war or the empowerment of Al-Shabaab across the Horn of Africa. Secretary of State Tony Blinken’s attention may be elsewhere, but the decision he makes or avoids now will have profound repercussions for African security and American national security for years to come.