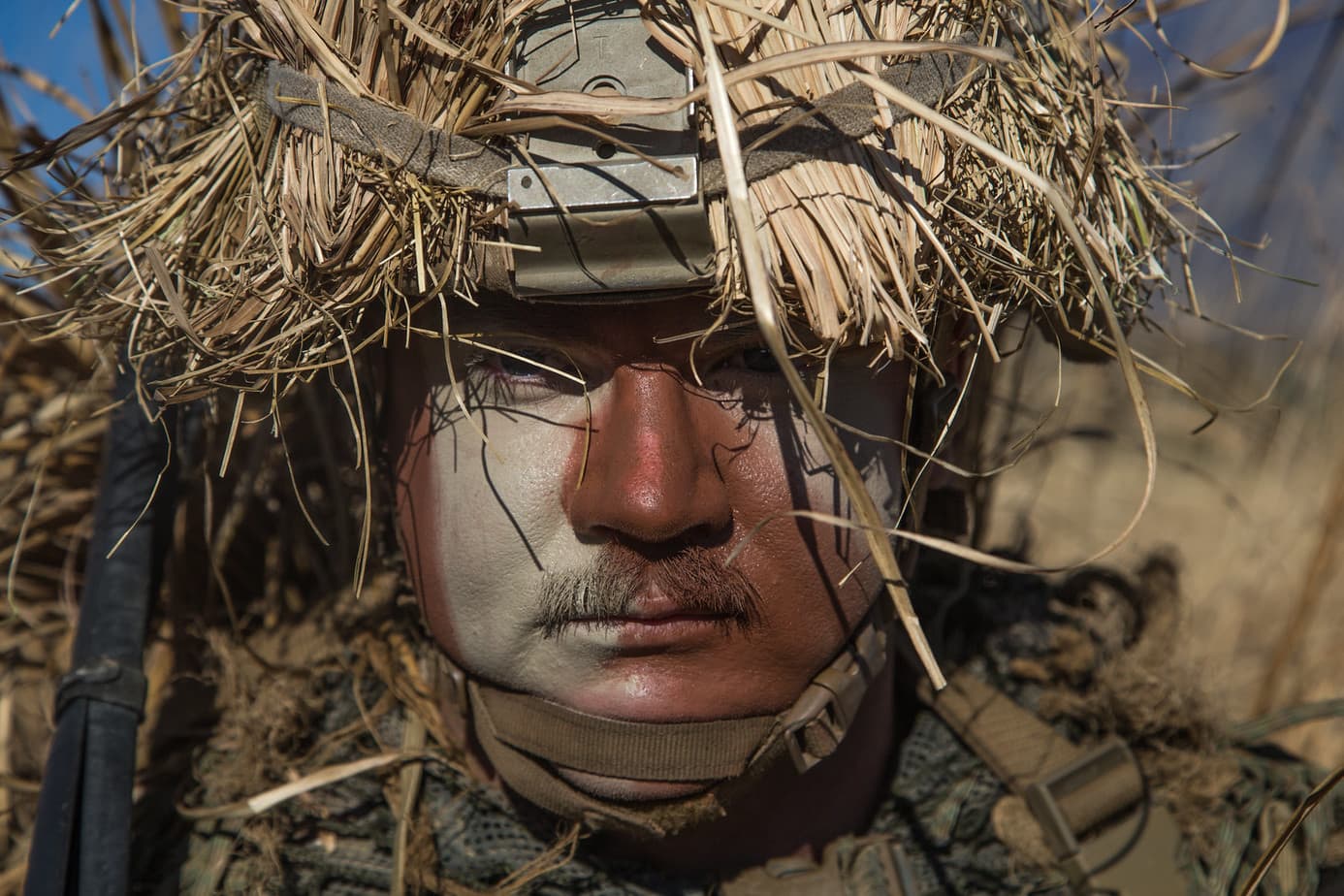 A couple of weeks back the U.S. Army released the latest in the family of strategy documents to issue forth from the armed services, alongside such directives as the U.S. Marines’ Tentative Manual for Expeditionary Advanced Base Operations and the sea services’ Triservice Maritime Strategy. Read the whole thing and hurry on back. Titled Army Multi-Domain Transformation, this “Chief of Staff Paper” from General James McConville makes it official: the army is back in the sea-power business.

And nary a moment too soon.

Under the multi-domain concept, light army units will deploy as “inside forces” along Asia’s first island chain in stressful times. They will defy China’s access- and area-denial defenses, remaining within the People’s Liberation Army’s (PLA) weapons-engagement zone and enduring or eluding punishment while meting out heavy blows of their own. Demonstrated resilience and combat capability will give heart to allies who may doubt America’s staying power and ability to keep its security commitments to them. U.S. alliances will hold.

It may sound counterintuitive—armies are ground services, after all—but the concept of a maritime army is solidly moored in strategic theory and military history. For nautical sage Julian Corbett, in fact, maritime strategy chiefly means determining “the mutual relations of your army and navy in a plan of war.” Commanders choreograph the actions of naval and land forces to shape events on land—which, as Corbett points out, is where humanity lives and thus is where wars are ultimately settled. Navies—and, today, other combat arms such as air and space forces—are enablers for groundpounders.

The U.S. Army has a rich maritime past to rediscover. Oldtimers will remind you that the army carried out more amphibious operations during World War II than did the U.S. Marine Corps. An army general, Douglas MacArthur, orchestrated one of the two major offensives across the Pacific Ocean, hopping from island to island in conjunction with the U.S. Navy’s Seventh Fleet. The difference today, contends General McConville, is that ground forces must already be in place at the outset of a great-power conflict.

That’s because China has no desire for a protracted war reminiscent of World War II. It will refuse to grant U.S. forces the time to battle their way into the theater.

If forced to fight over Taiwan or some other object around the Asian periphery, PLA commanders want to wage a short, sharp war—obtaining their goals before U.S. and allied forces can intercede and turn back aggression. Hence the imperative to remain stubbornly inside the access-denial zone. Army Multi-Domain Transformation pays due homage to operational factors, time and distance in particular. PLA strategy aims to slow down and enfeeble relief forces making their way from Hawaii or the west coast across the empty vastness that is the Pacific theater. That takes time; success is far from foreordained.

So joint forces must be positioned on or near potential battlegrounds ahead of time to balk Chinese plans. QED.

The white paper is a good document yet imperfect, like all such documents. In the introduction, for instance, the paper’s framers proclaim that “now and in the future, first battles are decisive to the outcome of campaigns.” Winning the initial engagement will be “necessary to prevent prolonged conflict and escalation.” The document doesn’t elaborate on this point further. Sure, all militaries long to score quick, decisive victories. The nature of warfare has a habit of frustrating such desires.

What happens when the war goes off-script?

Plus, the multi-domain concept doesn’t lend itself to speedy or decisive operations in any event. It pledges to “create overmatch for the Joint Force Commander of the future by executing and enabling nonlinear operations.” That means dispersed forces will strike throughout an expanded battlespace with long-range precision weaponry. But the strategic canon frowns on the idea that nonlinear operations can produce a quick triumph. Admiral J. C. Wylie probably did the most to popularize the concept of “cumulative” operations, meaning nonlinear operations that wear down an antagonist through many small-scale tactical actions that are dispersed on the map and unconnected to one another in space or time.

Rather than strike concentrated blow after concentrated blow in sequence until the final goal is in hand, cumulative operations do heavy damage by increments and over time. The U.S. submarine campaign against Japan was a quintessential cumulative campaign. Naval commanders didn’t delude themselves into believing that raiding Japanese shipping would bring victory in an afternoon. They did expect it to grind down the Imperial Japanese Navy bit by bit over the course of a protracted war. For Wylie cumulative operations are an invaluable supplement to sequential operations. Seldom if ever are they strategically decisive in their own right.

The army leadership may be contradicting itself—adopting precisely the wrong operational concept for achieving its combat goals.

Next, the document leaves it ambiguous precisely how army forces will conduct operations. Marine strategic directives make it plain that amphibious forces will vault between islands to support the U.S. Navy fleet while lashing out at hostile naval and air forces. Marine formations will play a crucial part in “sea denial,” helping ward off PLA warships and aircraft and frustrate China’s strategy until such time as joint and allied forces can mass on the scene to take command of sea and sky. McConville & Co. are silent on such matters.

Maybe army magnates haven’t embraced their nautical role as fervently as it appears. Maybe they want to experiment with new concepts under the aegis of multi-domain transformation rather than commit to something up front. Or maybe they don’t want to divulge too much about emerging methods and technology. Time will tell.

Speaking of U.S. Marines, it’s also unclear whether or how the army’s concept of inside forces differs from the marines’ emerging concept of “stand-in forces.” Army Multi-Domain Transformation makes the standard obeisance to jointness, vowing to make army operations part of an intensely joint and combined effort. But it remains to be seen whether the concepts are compatible and how the army, marines, and navy will reconcile any differences in outlook that may separate them.

More than disparate terminology or branding may be at work.

And lastly, exhuming the term “transformation” is a trifle worrisome. It evokes the transformation era that came after the turn of the century when military leaders set in motion efforts to field leap-ahead technologies. The U.S. Navy’s transformation travails were probably the most glaring, saddling the fleet with ships that came in behind schedule and over budget—and that oftentimes failed to deliver the promised revolutionary capabilities even when they did debut. But the army suffered through its own share of transformation debacles.

It turns out ordering newfangled armaments into mass production before you have a working copy to test out is a bad idea. Who knew?

Never again is the proper attitude toward such efforts. By all means, the services should explore exotic technologies and warmaking methods. Stasis is intolerable in martial affairs. But an experimental ethos must guide their quest. A new technology is a hypothesis until vindicated in real-world operations, the only laboratory that matters. And like any hypothesis, it should be viewed with doubt until proven in field trials. The army should take it from a naval officer who knew something about developing transformational technologies, namely Rear Admiral Wayne Meyer, the father of the state-of-the-art Aegis combat system. Meyer crafted a motto for how to approach revolutionary R&D efforts: build a little, test a little, learn a lot. The U.S. Army should make it their credo as they put McConville’s concept into effect.

James Holmes is J. C. Wylie Chair of Maritime Strategy at the Naval War College and Contributing Editor at 19FortyFive. The views voiced here are his alone.