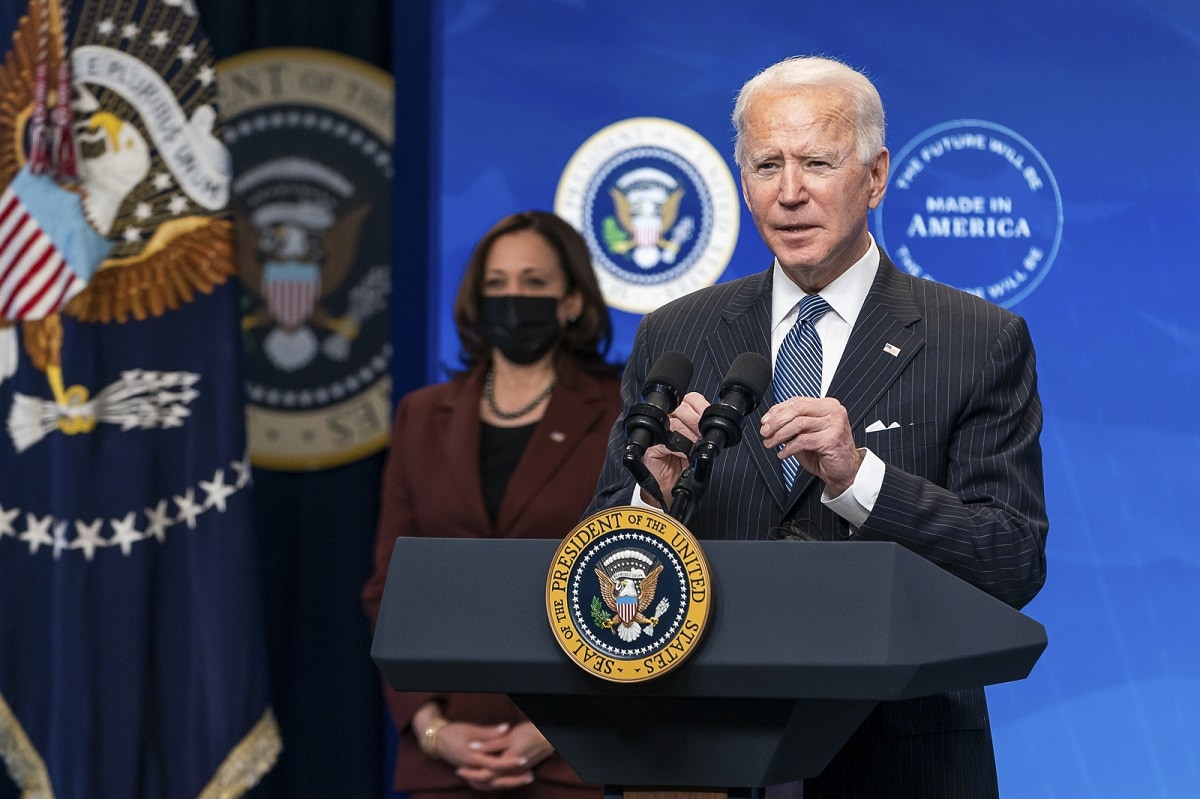 President Joe Biden’s massive $1.9 trillion stimulus program enjoys considerable public support. A key question for Mr. Biden’s continued political success is whether his economic policies will continue to enjoy public support at the time of next year’s all-important midterm election. On this question, the jury is still very much out.

There is good reason to believe that Mr. Biden’s budget stimulus will lead to a very strong economic recovery in the rest of this year. However, there is also a very good reason to believe that as a result of his excessive budget stimulus by next year we will experience either higher inflation or financial market dislocation. Should that indeed occur, Mr. Biden might come to regret his having gone too big on the budget in his effort to promote economic recovery.

According to a recent Pew poll, around 70 percent of Americans currently support the Biden budget stimulus package. This should perhaps come as no surprise considering the large number of people who are going to directly benefit from the stimulus. Not only are many people soon to receive a $1,400 stimulus check, but others are also soon to benefit from extended unemployment benefits and from generous child tax credits.

In the months immediately ahead, political support for the Biden stimulus should hold firm as the economic recovery picks up pace. According to the consensus view of economists, in 2021 the economy is expected to grow by at least 6 percent or at its fastest rate in the past forty years. It will do so on the back of the strong budget stimulus and of the full reopening of the U.S. economy once most of its population will have been vaccinated.

A compelling reason to think that the economy might not look too good for Mr. Biden in 2022 is that it is being overstimulated this year. It is not simply that the $1.9 trillion Biden budget stimulus, together with the $900 billion December 2020 bipartisan budget stimulus, will mean that the economy will be receiving budget stimulus this year in the staggering amount of around 13 percent the size of the US economy. It is also that it will be receiving that support at a time that there is a large amount of pent-up demand in the economy and at a time that the US money supply is now growing by 30 percent, or at its fastest pace in the past sixty years.

As former Treasury Secretary Larry Summers keeps warning, a clear and present danger of overheating the US economy could be a return of the sort of inflation problems that we experienced in the 1960s and 1970s. That in turn could be setting the country up for an economic recession in 2022 as the Federal Reserve might be forced to slam on the monetary brakes to allow it to meet its inflation objective.

It is also well to recall that the Biden budget stimulus is occurring at a time that the world is experiencing an everything asset price and credit market bubble. It is not simply that today’s U.S. equity valuations are at lofty levels last seen on the eve of the 1929 stock-market crash. It is also that very risky borrower, especially in the highly leveraged loan market and in the emerging-market economies, can raise money at interest rates not much higher than those at which the U.S. government can borrow.

A Bubble That Could Pop

Today’s global everything bubble is premised on the assumption that U.S. interest rates will remain indefinitely at their current ultra-low levels. A real risk of the massive Biden fiscal stimulus is that it could invite a return of the bond market vigilantes at the first whiff of higher inflation, especially if they perceive the Federal Reserve to be in inflation denial. As in the past, rising interest rates could prove again to be the trigger for a financially disruptive bursting of the bubble that could very well occur in the run-up to next year’s mid-term election.

Mr. Biden has bet the farm on his bold budget stimulus package returning the country to economic prosperity. Only time will tell whether that was a well-considered gamble.