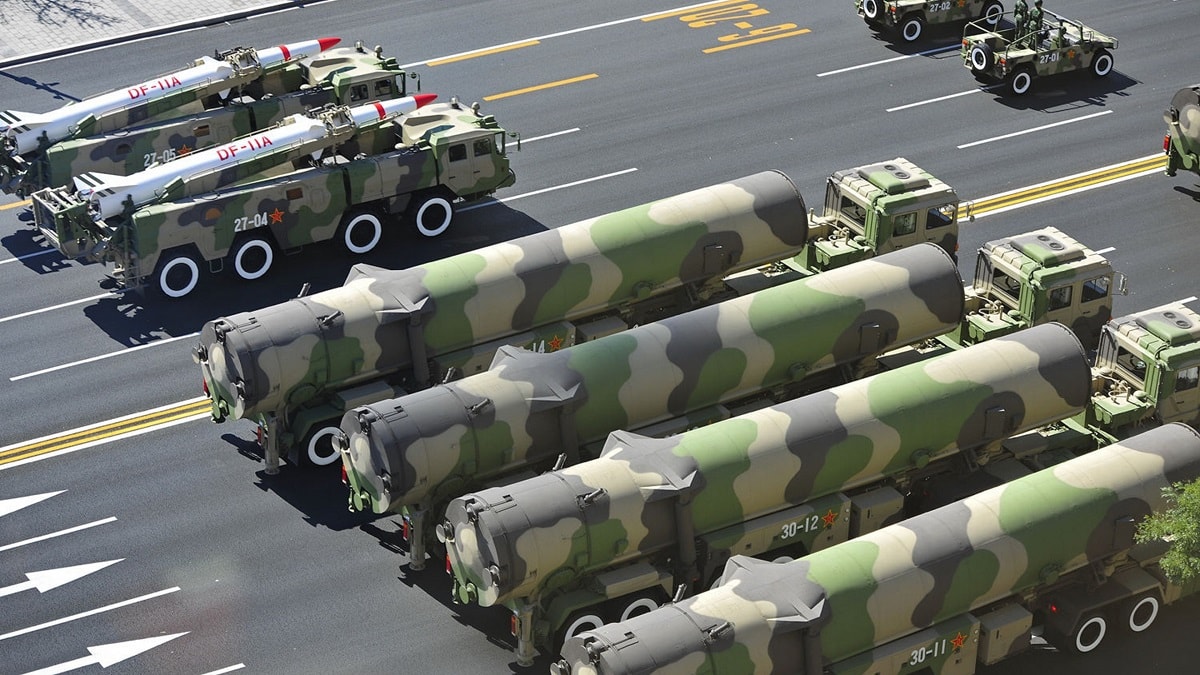 Editor’s Note: This is part one of a two-part series detailing a U.S.-China war over Taiwan. You can read part two here.

There are many in Washington today debating the merits of abandoning the decades-long concept of “strategic ambiguity” and instead issuing explicit security guarantees to Taiwan. Whatever benefits these advocates claim would accrue to the U.S. from such a change, there has been far too little consideration of the catastrophic cost that would fall on America should we ever have to make good on a promise to defend Taiwan.

The short answer: in the least-bad scenario it could cost us our place of preeminence in global affairs and put our future security at risk that it would otherwise not – and in a worst-case scenario, Chinese nuclear weapons could vaporize millions of Americans. Don’t get a false sense of security that such fears are exaggerations. They are very real.

The idea of strategic ambiguity has governed U.S. and Chinese attitudes and actions regarding Taiwan since the 1979 Taiwan Relations Act. In it, the United States declared anything other than the peaceful reunification of Taiwan would be “considered a threat to the peace and security of the Western Pacific area and of grave concern to the United States.” The congressional authors intentionally didn’t address whether Washington would consider a Chinese attack as an act of war for which we would respond.

Today, however, both members of Congress and influential opinion-leaders are calling, with increased stridency, to abandon strategic ambiguity for an over-defense guarantee for Taiwan. Some of their concerns are entirely valid, which includes a desire for peace in the Indo-Pacific region and to deter China from attacking a peaceful, democratic island. What these advocates fail to properly address, however, is the cost-benefit ratio for the United States.

Supporters of changing the status quo implicitly make three assumptions: 1) that the United States military could stop China from taking Taiwan if it attacked; 2) that we could do so at an acceptable cost, and 3) and that the end state of defending Taiwan would leave the United States in a better position globally than it is now. All three are wrong, potentially catastrophically so.

There is an almost universal belief in America today that the U.S. Armed Forces are the best in the world and would win every future engagement, just as we have since the Korean War, against every potential opponent. Many will concede that the cost of victory might be high – like the 100,000 troops that were killed in World War I or the 400,000 from World War II – but ultimate victory is inevitable. While our military is indeed very powerful, however, it is not omnipotent.

If used properly in the current global environment, our Armed Forces can justly be expected to provide an invincible national defense. Meaning, because of the composition of our forces, quality of our troops, and the quality of our military technology, there are no other countries on earth that could launch unprovoked attacks against the American homeland and hope to win.  Anyone that attacks the United States territory would be at a fatal disadvantage and would suffer a crippling defeat. If used improperly, however, the U.S. military could lose.

To demonstrate why the United States could not successfully intervene to defend Taiwan from China, I will describe how a Chinese attack would likely be conducted. By painting a picture of how an attack would unfold – to include the disposition of American Forces in the region at the initiation of hostilities – it becomes readily apparent why we cannot conduct a successful intervention.

Even with a dramatic change in our foreign policy and military infrastructure – which themselves would be prohibitively expensive, it is likely the U.S. would still not prevent a successful Chinese assault. Though an actual attack would be different in many respects from the scenario that follows, the choices confronting the president and Congress would be virtually identical – which would be limited to choosing between bad, horrible, or catastrophic outcomes.

Any Chinese attack will, out of military necessity, be an out-of-the-blue shock that catches everyone by surprise. Like the Allied invasion of Normandy in 1944, MacArthur’s famous landings at Inchon in the Korean War, and even Germany’s 1939 blitz into Poland, it is crucial for the attacking force that the defender be out of position and unprepared for the initial blow.

Ideally, the defender will believe the day of attack is like every other day that came before it, so that when the hammer starts to fall, there is great fear, waves of panic, and significant chaos as the defenders scramble to get to their positions and try to get a clear picture of what’s happening. The attacking force, however, will be fully prepared mentally, will know exactly what they are supposed to do in the opening phases, and will likely be highly motivated. That is almost certainly how China’s attack on Taiwan will begin.

“If the possibility for peaceful reunification is lost, the people’s armed forces will, with the whole nation, including the people of Taiwan, take all necessary steps to resolutely smash any separatist plots or actions,”

– Chinese Gen. Li Zuocheng, chief of the Joint Staff Department and member of the Central Military Commission, May 28, 2020

Timing will be critical for the Chinese attack. To create the optimal conditions for success, prior to launching the invasion, China will seek to cripple Taiwan’s ability to command and control their forces so that when the overt phase of the attack starts, chaos and indecision may result in some areas of Taiwan’s defenses remaining inactive.

To accomplish this objective, China will activate hit squads that were prepared, in some cases, years in advance, and carry out targeted, rehearsed assassinations of key leaders. Primary objectives will be leaders with the authority to order military forces into defensive positions, responsible for ensuring all defenders are alerted and given orders, and those tasked to maintain order of various aspects of the government’s responses.

These teams will be made up of people posing as Chinese tourists, Chinese businessmen who have been working for months or years prior to the attack, and – in some disturbing cases – Taiwanese citizens who are sympathetic to Beijing. Some of the latter group may be in key positions of government, police, and the military. This latter group will also be instrumental in conducting the next phase of the plan.

Hours before the invasion begins, Chinese Special Forces will be covertly inserted, under cover of darkness from the sea, to a few key, isolated locations. Once ashore, they will link up with collaborators (many from the same categories as the assassination squads) and move into position so that at given time or upon signal, they can carry out sabotage of critical infrastructure. These will include communications assets, electric grids, cell phone towers, and disrupt other means of communications.

They will also destroy bridges or block specific roads that will be used by Taiwanese units sent to man shore defenses once the alert is given. Lastly, there will be teams sent to be ready to destroy planes on the ground, missiles in their storage containers, and artillery pieces targeting the Strait.

Another key element of their plan will be to attack troop barracks of the security detachments charged with providing airfield security and immediate reaction forces; every troop Chinese infiltrators kill, every plane destroyed on the ground, every missile knocked out before getting to the launch pad is one less problem with which the attacking forces will have to contend.

The last component of the pre-invasion operation will be to prepare to seize at least three airfields on Taiwan that is large enough to receive transport plane-loads of invasion troops and light armor. Storming a well-prepared beach is the last thing the People’s Liberation Army (PLA) wants to do; far better to land invasion troops and equipment via transport plane and helicopters, enabling their troops to attack beaches from behind.

Long before the invasion took place, China had pre-positioned its missile forces, troop concentrations, Air Force assets, and Naval Forces at several bases near China’s shores, making them appear to be standard forces at military bases. There will be no need to conduct large scale mobilization of assets – which would tip off American and Taiwanese intelligence services – because they are already prepared for a “standing start” launch.

The three keys to China’s initial operations will be secrecy, timing, and speed. It is absolutely vital that when the first rockets start hitting their targets that everyone on the island is shocked and unprepared. To attain that goal, timing will be critical: start the assassination or sabotage operations too early and authorities will realize what’s going on in time to sound the national alarm; wait too late and they will fail at their mission.

That means the operations may have to start as little as 30 minutes before the invasion begins. Once the covert actions begin, it will be essential that they move as fast as possible. Speed will be critical once the war begins as well: the faster PLA troops can seize airfields and reduce shore defenses, the faster they can move even more troops onto the island. If China succeeds beyond its expectations in the pre-invasion phase, the Taiwanese military and political leadership may be fatally weakened to the point that the main attack knocks Taiwan out of the war within as few as 48 hours.

Once “H-Hour” (the beginning of overt operations) arrives, however, there will be no more secret actions and all the world will know what’s happening. And that is when the danger for America begins.