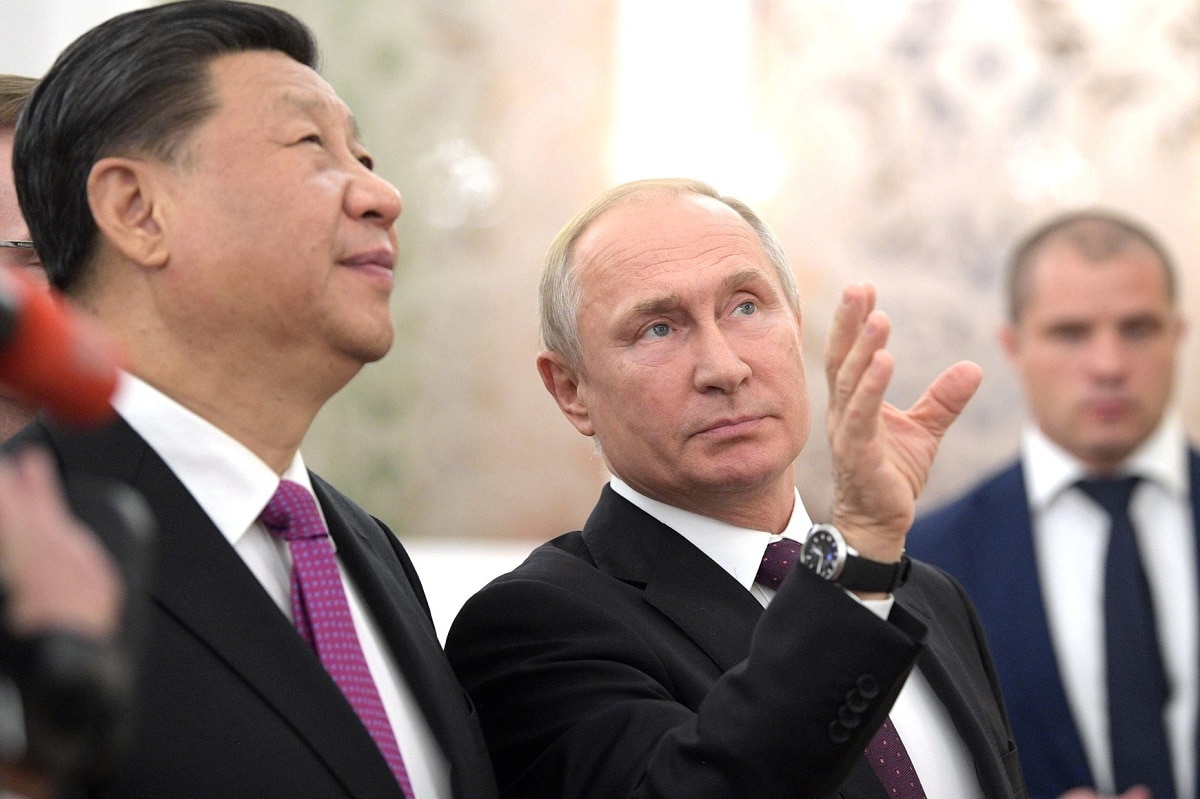 Riddle me this: does a contender intent on overthrowing the international system harbor “limited” or “unlimited” political goals?

This may sound like an idle exercise in academic hairsplitting. Far from it. In fact, the answer could clarify the stakes in embattled zones like the Black Sea or the South China Sea and suggest how the United States and fellow guardians of the system—a system founded on and inextricable from freedom of the sea—ought to frame policy, strategy, and operations.

The intuitive answer is that Russia and China are pursuing limited aims around their peripheries. They snatch-and-grab bits of territory when opportunity beckons—sometimes uninhabited shoals or atolls in the case of China—or assert outsized claims to sovereignty. They do not attempt large-scale conquest. This is an unduly comforting view. Aggressors want big things even though they’re content to fulfill their goals by increments.

To get some purchase on this question let’s turn to Prussian soldier-philosopher Carl von Clausewitz, who furnishes a classic definition of limited and unlimited aims in warfare. War, he says, “can be of two kinds.” Either “the objective is to overthrow the enemy—to render him politically helpless or militarily impotent, thus forcing him to sign whatever peace we please.” That’s the unlimited variant. Smashing hostile armed forces, dictating expansive terms, ousting a hostile government—these are quintessential unlimited objectives.

Unlimited campaigns yield what Clausewitz terms “total victory.” One combatant casts down another, puts its boot on the neck of the defeated, and does what it pleases with its victory.

Or, observes the martial sage, a combatant might merely wrest away some of the foe’s “frontier-districts” in order to “annex them or use them for bargaining” when trying to put a satisfactory end to the fighting. Turf is valuable in its own right. And if the leadership has reason to believe the enemy fears a “brutal decision,” then “the seizure of a lightly held or undefended province is an advantage in itself; and should this advantage be enough to make the enemy fear for the final outcome, it can be considered as a short cut on the road to peace.” In that case occupying ground is a negotiating lever.

Neither Russia nor China seems to entertain unlimited aims toward its neighbors. Moscow has seized frontier provinces from Georgia and Ukraine in textbook Clausewitzian limited campaigns. It might long to reconquer the Baltic states, an unlimited goal, but a Russian onslaught against Lithuania, Estonia, or Latvia—NATO members all—would conjure the specter of all-out war in Europe. The other major exception is Taiwan, whose political existence Beijing routinely threatens to extinguish. That’s an unlimited aim by any standard. But Taiwan is an ambiguous case, a de facto state that commands diplomatic recognition from only a handful of governments.

So the incipient great-power strategic competition is less worrisome than the Cold War or past hot-war conflagrations. Right?

Not necessarily. Moscow and Beijing have fashioned strategies designed to bring about a kind of creeping conquest of geographic space they covet. If successful they will either wrench ground from their neighbors, whether it’s Russia in Eastern Ukraine or China in the South China Sea, in the Taiwan Strait, or along the Himalayas frontier with India. Compromising the territorial integrity of sovereign states is bad enough.

At sea, though, Russian or Chinese success would degrade the international legal order of the sea, not to mention international law, full stop. No one owns the sea—a principle reaffirmed by international courts in recent years. And yet China asserts title to the vast majority of the South China Sea. If Beijing gets its way the Chinese Communist Party will make the rules governing what foreign seafarers and aviators may do in that expanse. Freedom of the sea will be no more, and this vital waterway will have been converted into a seaward extension of Chinese sovereign territory on dry earth. An awful precedent will have been set. Not just the rules-based system but its defenders will be in disrepute.

If the seafaring world lets China get away with it in the South China Sea, why can’t some other predatory great power pull the same thing in another body of water? In principle, there’s no reason why not.

Repealing treaty law and fundamental legal principles underwriting the international order by fiat sound pretty unlimited to me, even if it doesn’t fit the classic Clausewitzian definition—a definition drawn from state-on-state combat. Letting a rock or atoll go may seem inconsequential. Letting hostile powers rewrite the rules governing international relations across the globe would constitute a surrender of the utmost moment—even if it happens little by little through “gray zone” confrontations that make little difference taken individually. Lots of minor results can add up to major results over time.

Limited or unlimited? Think about it. The answer matters.