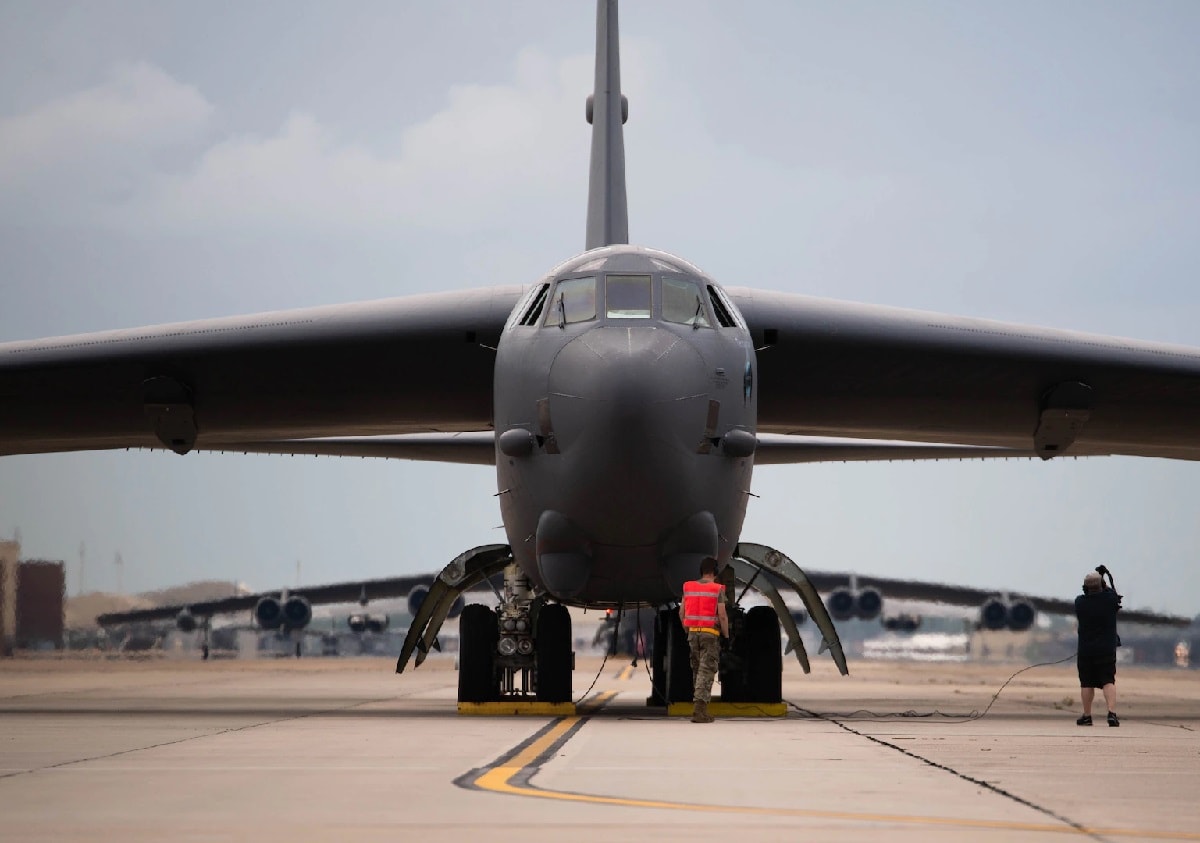 Earlier this year, the United States Air Force deployed four B-1 Lancer bombers to Ørland Airbase, Norway for the first time. The message to Moscow was clear: that the U.S. military could of course operate in the strategically important Arctic region, while also demonstrated that it would defend its allies in the area against potential Russian aggression.

Those B-1 bombers may have completed their deployment and returned back to the United States, but the Air Force reaffirmed its commitment last week when it sent a Cold War-era B-52 Stratofortress to Norway to conduct a joint flight with a pair of Norwegian F-16 Fighting Falcons from the 331st Squadron based at Bodø Airbase. According to Norwegian media, the aircraft met up outside Andøya in northern Norway and conducted a routine patrol flight just south of the Arctic Circle.

The joint patrol flight, which was the first such U.S.-Norwegian flight with a B-52 since early December of last year, took place as other B-52s were also deployed to other parts of Europe and the Indo-Pacific. The global Bomber Task Force (BTF) mission, which allowed the Air Force bombers to integrate with allies and partner aircraft in multiple exercises, highlighted the global reach provided by the highly upgraded Stratofortress.

The U.S. Strategic Command said that the U.S. routinely and visibly demonstrates a commitment to our allies and partners through the global employment of our military forces.

“The speed, flexibility, and readiness of our strategic bombers play a critical role in our ability to deter potential adversaries and signal our unwavering support to our allies and partners,” said Adm. Charles ‘Chas’ Richard, U.S. Strategic Command commander. “Missions like this provide invaluable training opportunities with our allies and partners to improve our interoperability and demonstrate that our forces are capable of operating anywhere, anytime, to meet any challenge decisively.”

The bombers executed the mission, planned well in advance, without incident, and conducted valuable integration and interoperability training with ally and partner air forces, the Strategic Command added.

The B-52s have certainly been racking up the miles in recent weeks. Earlier this month, in connection with a BTF deployment, two B-52H bombers from the 5th Bomb Wing, Minot Air Force Base (AFB), North Dakota, arrived at Al Udeid Air Base, Qatar. Those two bombers joined four B-52s that had been previously sent to Al Udeid in late April. The bombers are there to protect the orderly and responsible withdrawal of U.S. and coalition forces from Afghanistan.

Additionally, four B-52Hs were also deployed from the 2nd Bomb Wing, Barksdale AFB, Louisiana, to Andersen Air Base, Guam to conduct operations in the Indo-Pacific region, whilst an additional force of six bombers from Barksdale AFB was sent to Morón Air Base, Spain – marking the third area of operations for the Stratofortresses.