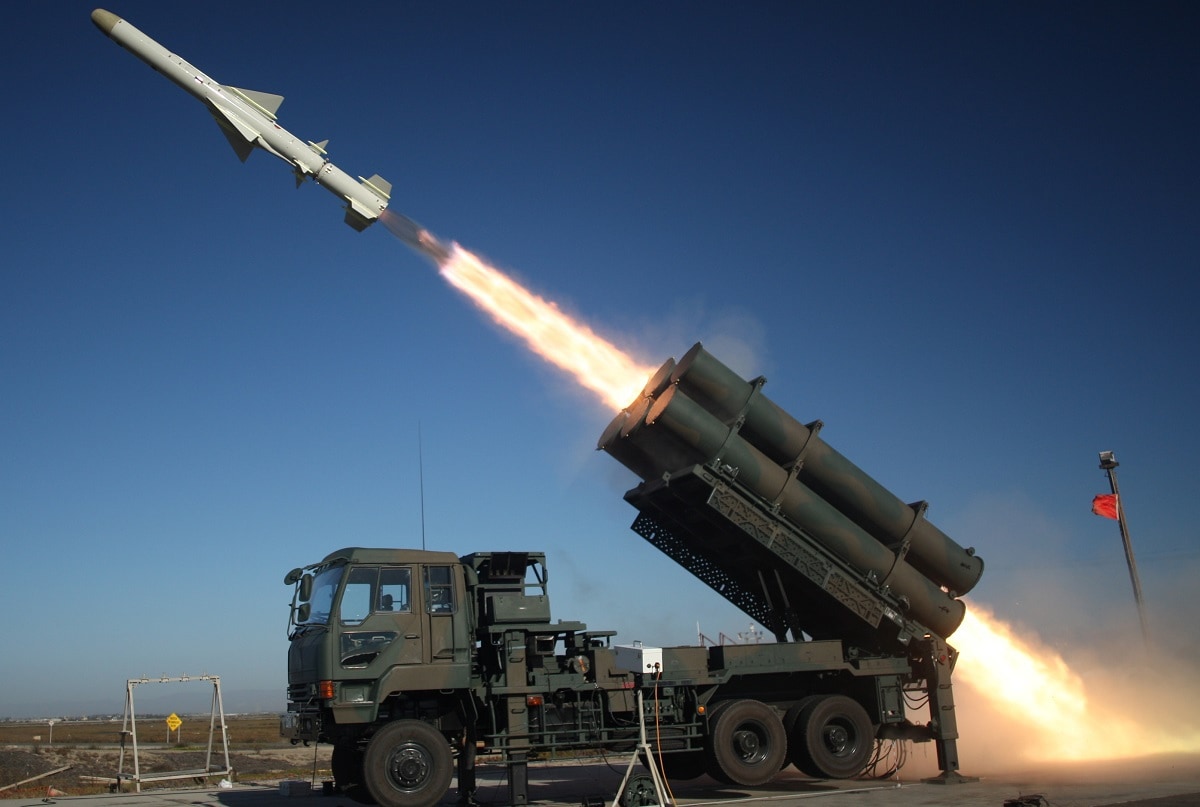 Japan may be coming at the problem of defending its southwestern islands backward.

This week over at the South China Morning Post, Julian Ryall reports that Prime Minister Yoshihide Suga’s government stands ready to spend more on defense. Since World War II the island state has informally capped defense spending at 1 percent of GDP to placate Asian neighbors worried about a potential resurgence of militarism.

China’s rise to martial eminence and overbearing conduct in the East China Sea have evidently induced a Japan with a strong pacifist streak to burst through the spending cap. Defense of southerly islands such as the Senkaku archipelago is a major concern for Tokyo. Declares Defense Minister Nobuo Kishi: “There should not be any areas not covered by the Self-Defense Forces. It is very important to deploy units to island areas.”

To that end, the Japan Ground Self-Defense Force (JGSDF) has raised an Amphibious Rapid Deployment Brigade, or ARDB. As retired lieutenant general Koichiro Bansho translates it in a RAND conference report from 2018, former defense minister Tomohiro Yamamoto announced that the ARDB’s chief purpose is “to conduct full-fledged amphibious operations for swift landing, recapturing, and securing in the case of illegal occupation of remote islands.”

In General Bansho’s telling this adds up to a “Southwestern Wall Strategy” meant to keep the island chain under Japanese sovereignty and make it a barrier to Chinese maritime movement. This all sounds good. Yet recapturing is a telling and troubling word. If it faithfully reflects strategic thinking in Tokyo, the Japan Self-Defense Forces (JSDF) expect to undertake reactive rather than proactive strategy and operations along the first island chain. Tokyo will await an attack. China’s People’s Liberation Army (PLA) will seize ground, then the JSDF will respond and take it back.

This is unduly passive. Instead, Japanese commanders must plan to rush troops to the islands and fortify them before the PLA can mount an attack. Walls tend not to hold if their defenders leave the battlements unguarded until an assault is underway. The Southwestern Wall is no exception.

Prussian field marshal Helmuth von Moltke would be agog at the suggestion that Japanese forces should consciously plan to recapture islands after they’ve fallen to enemy attack. In a riff on Clausewitz, Moltke, the military architect of German unification and one of history’s foremost martial practitioners, proclaims that “the tactical defense is the stronger” form of war while the strategic offensive is “the more effective form—and the only one that leads to the goal.” In other words, the combatant that seizes or occupies some site or object—then defends it tactically—positions itself for strategic success. It shifts the burden onto the foe of retaking something at steep cost and hazard.

In warfare as in life: possession is nine-tenths of the law.

This is no less true in a marine setting. A century ago, in fact, maritime historian Julian S. Corbett imported Moltke’s insights into the near-shore arena. Corbett declares that combining strategic offense with tactical defense offers good prospects for success in a limited war—a war in which the combatants have no intention of fighting to the finish and imposing terms on the vanquished. In all probability, any Pacific war will be a limited war, as no one relishes a fight to the finish in the atomic age.

Waging tactical defense in concert with strategic offense, says Corbett, “presupposes that we are able by superior readiness or mobility or by being more conveniently situated to establish ourselves in the territorial object before our opponent can gather strength to prevent us.” Once there the opponent “must conform to our opening by endeavoring to turn us out. We are in a position to meet his attack on ground of our own choice and to avail ourselves of such opportunities of counterattack as his distant and therefore exhausting offensive movements are likely to offer.”

For Corbett as for Moltke, terrain, geographic distance, and the initiative work on the defender’s behalf—making counterattack a daunting prospect for the challenger. Their logic is doubly compelling in the marine realm. Corbett proclaims that if “the territorial object is sea-girt and our enemy is not able to command the sea,” that augurs well for the defender’s chances of holding the disputed ground. Islands are nothing if not sea-girt. Maritime command converts the sea into a barrier, helping confound the attacker’s attempts at tactical offense.

Tokyo should embrace the offensive ethos and methods prescribed by these giants of strategy. It’s one thing to accept that things may go wrong and PLA forces may land on Japanese islands before SDF troops can get there. Things always go wrong in war. That’s different from assuming Japanese sea soldiers will have to undertake opposed amphibious landings—among the most difficult operations in war—to protect Japanese sovereignty in the southwestern islands. It assumes China—not Japan—will enjoy the advantages that go to the tactical defender. If that fatalistic assumption seeps into the minds of Japanese foreign-policy and defense chieftains, Tokyo could balk at giving the order to deploy the amphibious brigade. Better to think proactively.

Man the ramparts—and do it early.

Now, it is possible that Japanese officials and officers are thinking offensively in ways Moltke and Corbett would applaud. Perhaps they just aren’t communicating their intent as clearly as they might. I hope that’s the case. And indeed, as Bansho notes, a JGSDF press release titled “Activation of the ARDB” announces that the JSDF will amass “integrated capabilities” sufficient “to interdict any attack on Japan’s remote islands at sea.” That does sound like stopping a Chinese amphibious offensive short. And yet this official statement also bills the amphibian brigade’s main purpose as “to land, recapture and secure without delay” any remote islands that come under assault.

Some of this seeming reticence may flow from the asymmetry between Japanese and Chinese strategy. Tokyo’s 2017 Defense White Paper points out that “China’s attempts to change the status quo in the East and the South China Seas based on its unique assertions which are incompatible with the existing order of international law, have become serious security concerns to the region including Japan and to the international community.” In other words, Beijing entertains revolutionary—and thus offensive—aims.

Yes, yes, China claims always to wage active defense, harnessing offensive operations and tactics for the sake of strategic defense. It tries to blame the victims of Chinese aggression for Chinese aggression. But overturning a regional order of long standing is anything but strategically defensive. In reality the Chinese Communist Party is on the strategic offensive and using offensive methods. Given their druthers PLA commanders like to seize disputed but undefended places or objects and dare others to take them back. That’s the pattern from the South China Sea to the Himalayas. Moltke and Corbett would instantly recognize this approach to martial affairs.

Japan, meanwhile, really is on the strategic defensive, but its leadership seems conflicted about its choice of tactics. The Moltkean scheme is Tokyo’s truest guide. The Amphibious Rapid Deployment Brigade should get to the contested turf before the Chinese antagonist and defend it will all the tenacity the Self-Defense Forces can muster. It should claim the advantages of tactical defense before the antagonist can.

So Suga & Co. should heed counsel from Helmuth von Moltke and Julian Corbett on methods for garrisoning the Southwestern Wall. Japanese leaders should model their outlook toward Chinese marine aggression on the Spartan king Leonidas, whose miniscule but stalwart army practiced tactical defense of the pass of Thermopylae in 480 B.C. When emissaries from the Persian king Xerxes demanded that the Greeks lay down their arms, Leonidas replied: molon labe—come and take them.

James Holmes is J. C. Wylie Chair of Maritime Strategy at the Naval War College and a 1945 Contributing Editor. The views voiced here are his alone.