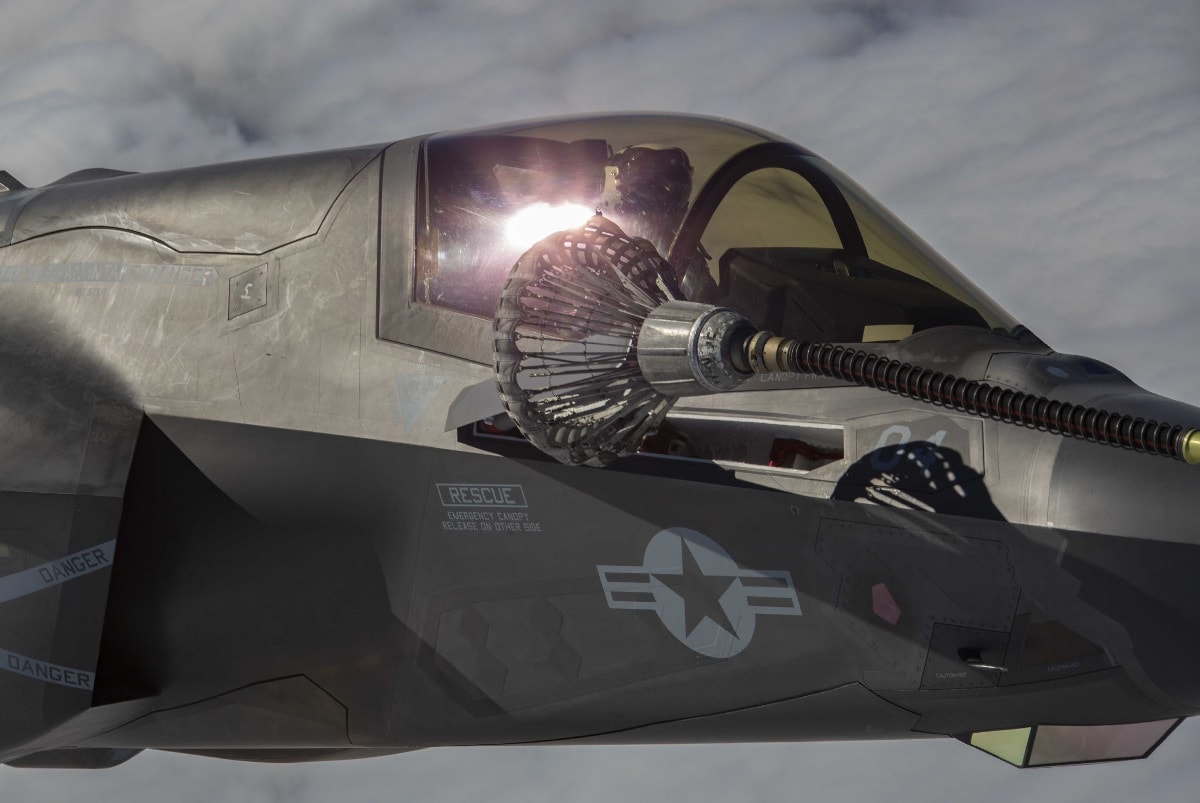 Editor’s Note: This is part one of a two-part series. You can read part two here.

In recent years there has been an increase in the saber-rattling from Beijing regarding their willingness to use force to reunify Taiwan with the mainland. There has been a concurrent rise in the willingness – and in some cases eagerness – of various advocates in Washington to extend security guarantees to Taipei to thwart Chinese ambitions.

A sober analysis of the geographic and military realities at play in the Taiwan scenario, however, reveals that if America went to war with China to stop the invasion, we would not only fail to prevent Taiwan’s capture, but could suffer such egregious losses that our position as the preeminent global superpower would be permanently lost.

For decades Americans have been told by their leaders that the U.S. Armed Forces are the “greatest military in the history of the world.” It is common knowledge that we spend more on defense than the next 10 world powers combined. The unquestioned implication in the minds of most American leaders and people is that the U.S. military is invincible.

Yes, as some generals have said, the cost to win could be more or less, depending on levels of readiness, but there is virtual unanimity on the belief that we would eventually win any major war, regardless of the foe. That is a badly misplaced and inaccurate belief. There are indeed some scenarios that would make defeat likely. Intervening in a fight between China and Taiwan is one of them.

The following is a depiction of how a fight between the United States and China might unfold if China were to Taiwan and we entered the conflict on Taipei’s side. It does not address the likelihood that China will attack nor look at the conditions that might spark such a war. Yet it does examine how such a fight would likely unfold, given the doctrines, force sizes, and level of readiness each side would possess.

The Road to War (the real situation)

The conditions currently prevailing in real life in the Indo-Pacific are almost indistinguishable from what might be expected in the early stages of a march to war. Last month for example, General Xu Qiliang, vice-chairman of Central Military Commission (CMC) and China’s highest-ranking general, addressed his country’s legislature. “Faced with the ‘Thucydides trap,’” General Xu said, “the military needs to speed up efforts to raise its capabilities.” ‘Thucydides’ Trap’ refers to an ancient military war (Peloponnesian War) between an established power and a rising power, and has been used to cite the risk of “inevitable” war between similar dynamics, like the established U.S. and rising China.

Added Chinese Defense Minister Wei Fenghe, “China’s national security has entered a high-risk period,” he said, and urgently required the further development of the military. President Xi Jinping charged his military not to have general readiness, but to “put all (their) minds and energy on preparing for war.” Chinese leaders, however, aren’t the only ones preparing for action.

Adm. John Aquilino, commander of the U.S. Pacific Fleet, told a Senate panel in late March that Beijing considers annexing Taiwan as its “number one priority.” Aquilino said he believed the possibility of a Chinese invasion, “is much closer to us than most think, and we have to take this on.” Senator Tom Cotton went further, saying he believed, “the time has come to be clear: Replace strategic ambiguity with strategic clarity that the United States will come to the aid of Taiwan if China was to forcefully invade.”

China has not only been on a multi-decade military expansion, but in recent years has militarized numerous natural and man-made islands in the South China Sea. It has increased the number and frequency of sending fighter aircraft near and into the airspace of Taiwan, and warships in an around Taiwanese waters.

Countering these moves, the United States has drastically increased its freedom of navigation operations into waters near the Chinese coast, accelerated the number of American war planes in the air near Chinese airspace, and have established new military bases in the region. Further, the commander of Indo-PACOM has requested an additional $27 billion from Congress to further build military capacity to oppose China.

Based on historical desires to reclaim Taiwan and convinced that America would eventually have enough combat power in the Western Pacific to prevent a military takeover of Taiwan, Xi and the CMC make the decision to attack Taiwan. Knowing that U.S. Admiral Philip Davidson believes that China would need up to six more years to be ready for the attack, Xi calculated that the Americans therefore did not believe an attack would happen in the near term and he could thus could catch the U.S. flat-footed with a surprise attack.

There are a considerable number of variables and levels of risk that China could take in regard to launching a surprise attack against the United States, but Xi took the one that offered the best chance of producing a knockout blow. He knew that the comprehensive power of the U.S. and its allies was stronger than China and thus the longer a war would take, the greater his chances of losing. Xi concluded that China’s best hope lie in a quick, decisive victory.

America is a global superpower, with more than 800 bases arrayed around the world. Most of its considerable combat power is stationed in Europe and the Middle East, and most of it is currently manned and equipped for peacetime operations. To have the ability to engage in sustained, major combat operations, U.S. Forces would require many months of buildup, as happened prior to Desert Storm and Operation Iraqi Freedom. Xi vowed he would not make the same mistake as Saddam Hussein and give the Americans time to prepare.

Moreover, Xi knew that America relies on high tech weaponry that is extremely expensive per unit. It can take years to replace combat losses, as it would take years to convert to wartime manufacturing, and years more to complete production of some U.S. warships and planes – while China built its war-making industry to make replacements faster. In short, Xi calculated that his best chance of winning a war against the United States would be a no-notice, shock attack that took out key U.S. assets at the outset.

Xi and the CMC leaders anguished over whether to attack U.S. targets in Japan and South Korea. It was important to cripple the U.S. fleets quickly, but that could not come at the cost of expanding the war to America’s allies in the region. As long as the fight could be limited to America and China, Xi calculated the chances of winning were promising.

He judged that South Korea would not allow U.S. combat operations against China to take place from their air and naval bases. As soon as the attack started he would tell Seoul that his beef was not against South Korea and that he would refrain from attacking any facilities in South Korea so long as America didn’t attack Chinese troops from there – and he would guarantee that North Korea would not take advantage of the chaos and attack south so long as Seoul stayed out of the fight. Japan was a different matter.

There are two American bases on Japanese soil that were too important to leave to chance, Kadena Air Base on Okinawa and Sasebo Naval Base in southwest Japan. Kadena is a major hub for fighter planes, but mainly for air refueling tankers in the region. If the U.S. were to lose the ability to refuel its aircraft from Kadena, it would severely limit America’s ability to engage in sufficient numbers in the air over Taiwan. Sasebo Naval Base is a forward base for the U.S. Seventh Fleet. Without the use of Japan-based naval bases, the U.S. Navy would be forced to run its operations from 1,000 miles further away.

Xi therefore decided to take the risk of knocking out the two bases in a shock missile and air attack that would commence simultaneously with the initiating of the attack on Taiwan (for a full description of how that part of the attack would be conducted, read my previous work on 19FortyFive). American planes would be destroyed on the ground and ships picked off from their docks. Ammunition supplies, fuel depots, and spare parts warehouses would all be destroyed at Kadena and Sasebo.

In a shrewd attempt to avoid having Japan go to war with the U.S. against China, Xi personally called the Japanese Prime Minister 30 minutes prior to the attack and told him “it would be a good idea” if he immediately ordered all Japanese personnel out of specified buildings. This would give credence to the Chinese argument that they had neither the intent nor desire to fight Japan, but exclusively to engage the American assets that Xi felt most threatened China’s operation to reunify Taiwan.

China had already calculated that even if Japan didn’t take the offer and did fight back, it would still be a risk worth taking. But Beijing knew just as well as Tokyo that Japan was not in a position to engage in sustained combat operations and if it chose to fight back against the side that was fully prepared, the Japanese military would suffer egregious harm.

In the end, with great regret and embarrassment, Tokyo informed Washington that it would not be able to enter the fight; the cost would simply be too great and the chances of success too low. President Biden would soon face a decision as anguishing and fraught with risk as any American president has ever had to make.

Unlike at Pearl Harbor in December 1941, American naval and air power in the Pacific could not be rapidly rebuilt after a surprise attack. Depending on what China chose to do next, how the rest of our allies would respond, and what the president chose to do, the American security situation could go from bad to worse (possibly much worse) – or we could limit the damage, retain our position of global power, and live to fight another day. The stakes in that moment couldn’t have been higher.