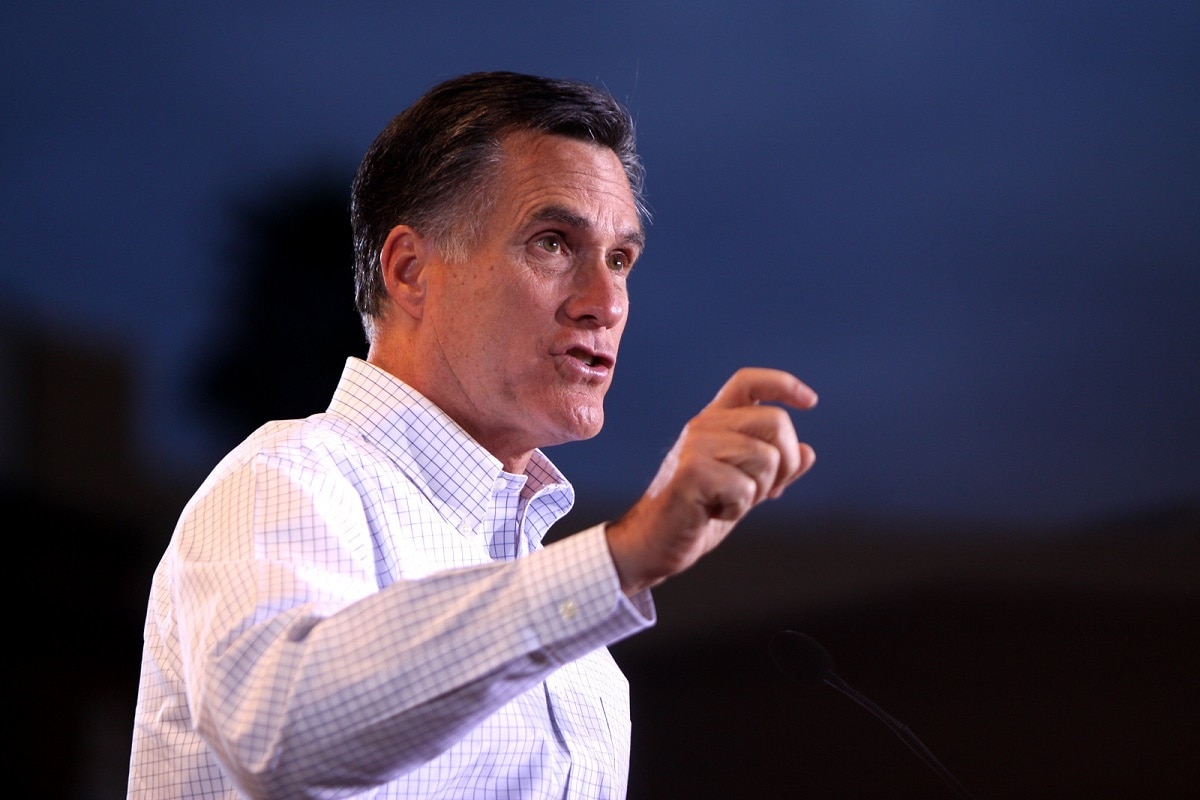 Utah Sen. Mitt Romney was loudly booed when he took to the stage at a state Republican Party conference Saturday, according to a video published by the Salt Lake Tribune.

In the footage, the delegates start to boo when Romney takes to the stage and the jeering grows louder as he tries to speak.

According to the Tribune, delegates shouted insults at Romney, accusing him of being a “traitor” and a “communist.”

“I’m a man who says what he means, and you know I was not a fan of our last president’s character issues,” said Romney, as delegates tried to shout him down.

“Aren’t you embarrassed?” Romney asked the crowd as the boos continued.

The crowd only quietened down when Utah GOP chair Derek Brown stepped onto the stage and asked delegates to “show respect” to Romney. The senator was then able to continue with his speech.

Watch the racous introduction Romney received from the floor of the Utah convention, here:

According to the Associated Press, Romney narrowly escaped official censure at the convention over his opposition to Trump in a  798 to 711 vote.

The incident highlights the rift that still exists between moderate conservatives who’ve spoken out against Trump over the Capitol riot and other outrages, and many grassroots Republicans who remain loyal to him.

Romney, the Republican Party’s 2012 presidential nominee, is one of the most prominent figures in the GOP. Yet his opposition to Trump has seen his popularity fall with Republicans, with an Ipsos/axios poll on January 14 finding that only 34% of Republicans approved of his political conduct.

In his remarks to delegates, Saturday Romney sought to remind them of his conservative credentials.

“You can boo all you like,” said Romney. “I’ve been a Republican all of my life. My dad was the governor of Michigan and I was the Republican nominee for president in 2012.”