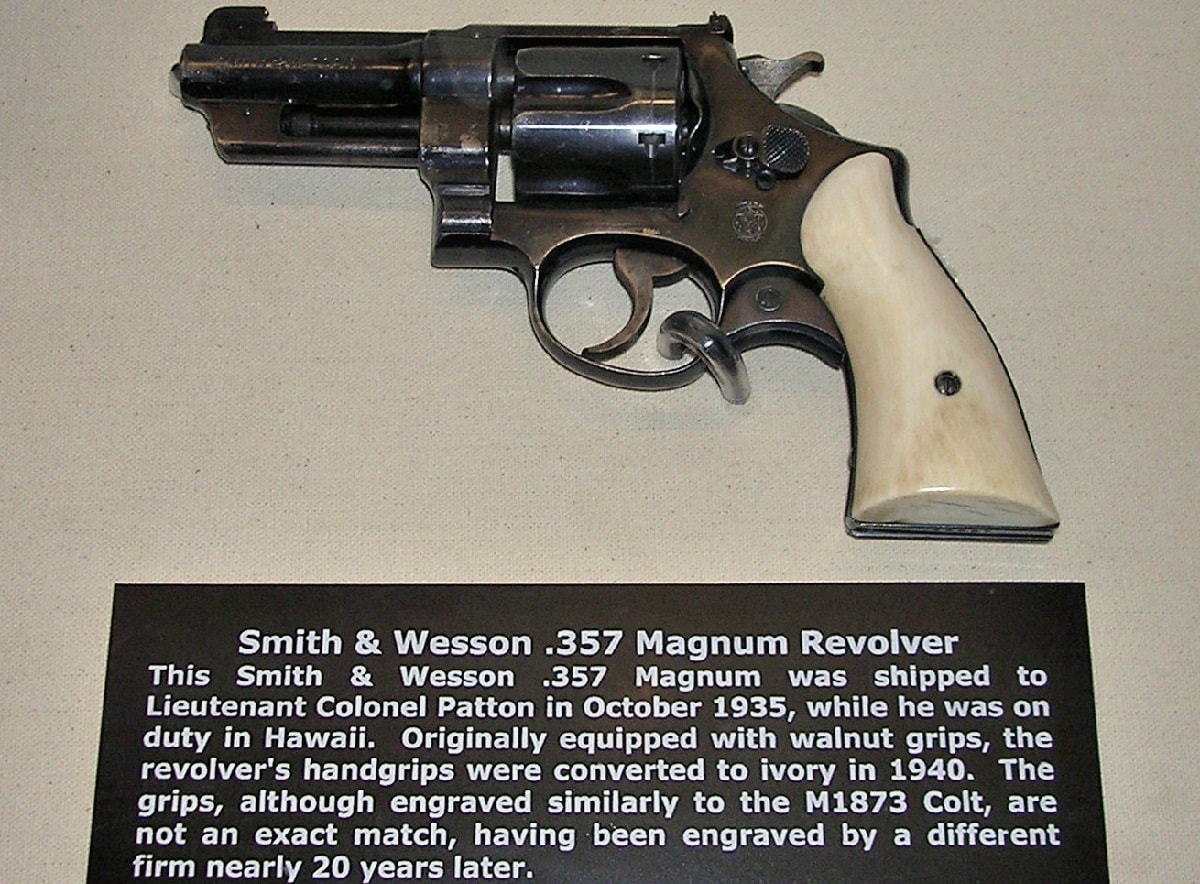 If you’ve seen the movie – and really who reading this magazine hasn’t seen Patton at least once ­– you already know the myth of the larger-than-life general.

He was born to a family with an extensive military background and attended both the Virginia Military Institute (VMI) and the U.S. Military Academy at West Point.

He believed he was born to lead men, and as a believer in reincarnation, he claimed he had seen combat many times before in his previous lives. He was reportedly told prior to the 1943 invasion of Sicily by British General Harold Alexander, “You know, George, you would have made a great marshal for Napoleon if you had lived in the 19th century.” Patton replied, “But I did.”

In his actual life he studied fencing and even designed the M1913 Cavalry Saber, today known more commonly as the “Patton Saber.” Patton competed in the modern pentathlon in the 1912 Summer Olympics in Stockholm, Sweden, and finished in fifth place. He would have medaled was it not for a controversy in the pistol-shooting event. The judges believed he missed the target, while he argued he was such a fine marksman that one of his bullets traveled through a bullet hole from a previous shot!

While he was also known to be a leader whose adherence to the rules often pushed his men to the breaking point, he was also flamboyant when it came to his choice of small arms.

Patton had many “favorite” firearms, and had described the M1 Garand as “the greatest battle implement ever devised,” but when it came to personal sidearms, two handguns are commonly associated with him. These include his .45 Long Colt Single Action revolver, 1873 Army Model; and a .357 Magnum Smith & Wesson revolver.

Both of the handguns are now in the collection of the General George Patton Museum of Leadership at Fort Knox, Kentucky.

Because of the movie starring George C. Scott, Patton is remembered for carrying both at the same time, but in reality he rarely wore them together. The mistake may be due to the fact that as his favorites he posed for some wartime photos with both and the legend stuck that Patton had a revolver strapped to each hip like a cowboy. As a young officer, he did carry two revolvers during General Pershing’s “Punitive Expedition” into Mexico to hunt down the infamous Pancho Villa.

He had reportedly carried the Colt SAA .45 with the hammer down on an empty chamber, and hence only had five rounds. During an encounter with bandits, he found himself with an empty weapon, and after that he would generally carry two handguns – but not always his two favorites and rarely both in holsters in his hips. Instead, he’d carry a Colt Detective Special .38 revolver, Colt Pocket Model hammerless or even a Remington Model 51 .380. It was the latter handgun that he used to fire at the Luftwaffe aircraft that strafed his encampment.

All of his handguns were personalized to some extent, and that included being inlaid with the initials “GSP” as well as the stars of a U.S. Army general. One detail the movie got right was when a reporter asked about his “pearl-handled pistols.”

In true Patton fashion, he angrily responded, “They’re ivory. Only a pimp from a cheap New Orleans whorehouse would carry a pearl-handled pistol.”