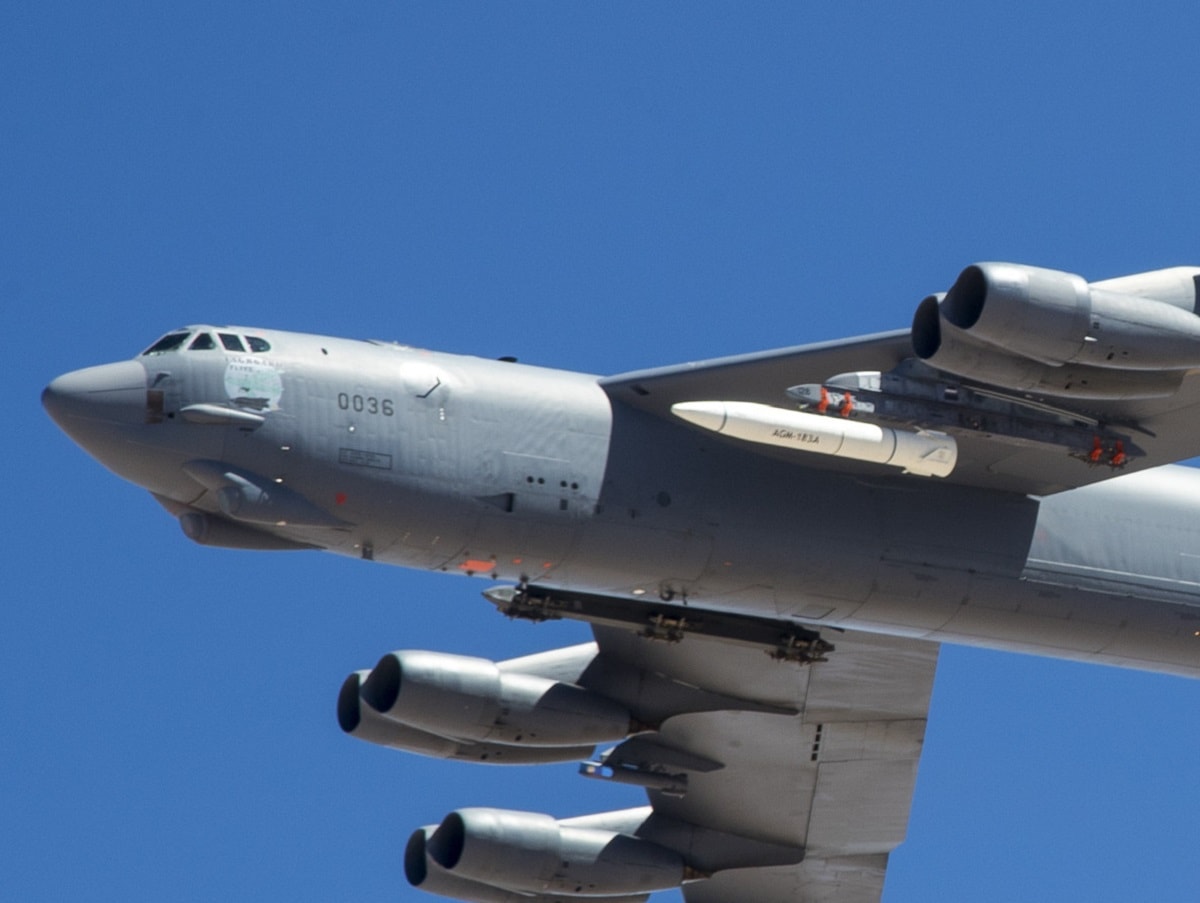 America’s top nuclear commander told lawmakers Tuesday that he would push to put US nuclear-capable bombers on alert if the military lost its intercontinental ballistic missiles.

As some lawmakers question the need to invest in nuclear modernization programs like the Ground Based Strategic Deterrent, a replacement for the aging Minuteman III ICBM force, the head of US Strategic Command is arguing in favor of moving forward with the modernization plans and against cutting the ICBM force.

STRATCOM commander Adm. Charles Richard has argued previously that a failure to modernize and replace what the US has now is essentially disarmament in the face of a growing threat. Russia has its own nuclear triad, and China is developing a functional triad.

Speaking before the Senate Armed Services Committee on Tuesday, Richard said that if the ICBM leg of the US nuclear triad were to be abandoned, then the bomber force would have to take its place as an always-ready nuclear deterrent.

“What is not often recognized is that we don’t have a triad day-to-day,” Richard said. “The bombers are not available to us. We chose to take them off alert as a type of peace dividend after the Cold War. Day-to-day, what you have is basically a dyad.”

The three legs of the US nuclear triad are the silo-based ICBMs, ballistic-missile submarines, and bombers, all of which are overseen by STRATCOM. All are options, but only the submarines and the ICBMs are ready to go at a moment’s notice.

Richard argued that the “basic design criteria in the triad is that you cannot allow a failure of any one leg of the triad to prevent you from being able to do everything the president has ordered you to do.”

“If you don’t have intercontinental ballistic missiles, we can’t meet that criteria,” the admiral said, adding, “You are completely dependent on the submarine leg, and I’ve already told the secretary of defense that under those conditions I would request to re-alert the bombers.”

Richard stressed Tuesday that without funding for programs like the GBSD — the research and development of which is expected to cost more than $85 billion, with a total life-cycle cost in the hundreds of billions — the US runs the risk of its ICBMs eventually “not working at all.” He said that he simply “cannot deter with the leftovers of the Cold War forever.”

Putting the strategic bomber force back on alert, meaning loaded and ready for an immediate nuclear strike should the order come, would be a return to practices that were common decades ago during the Cold War.

The idea of putting bombers back on alert has come up before, though not in the context of a potential loss of a leg of the nuclear triad.

In 2017, Defense One reported that the Air Force was preparing to put the nuclear bombers back on 24-hour alert. That change, however, was never actually made.