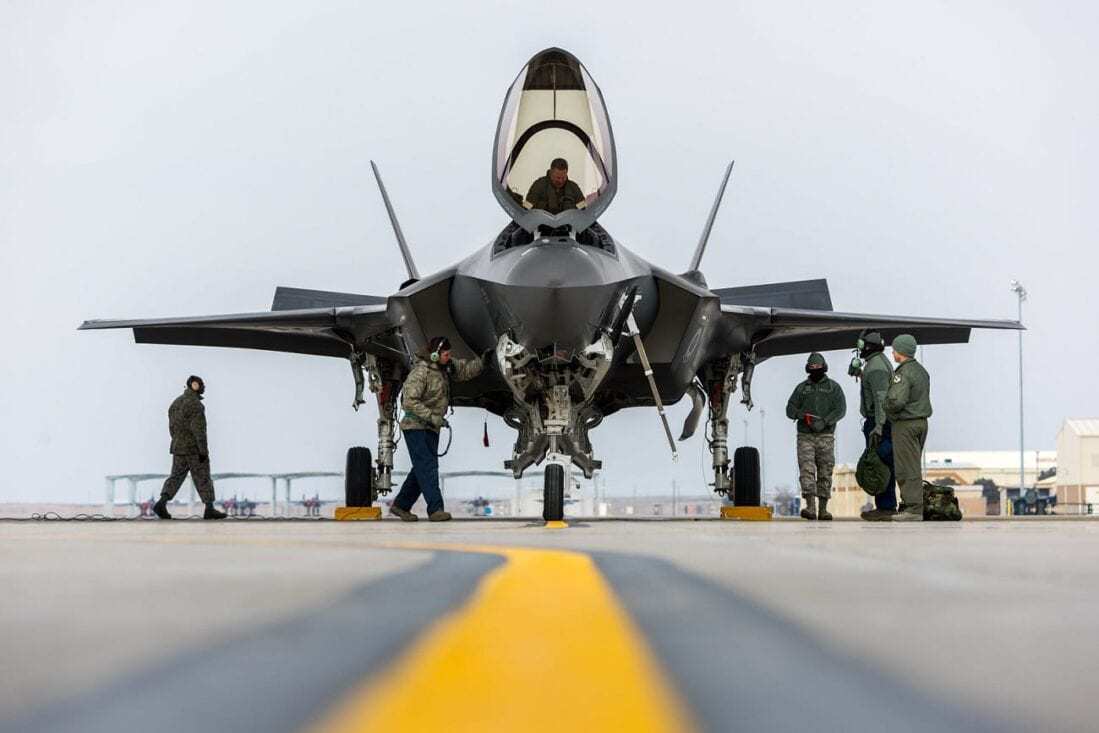 Executives at Lockheed Martin may have new reasons to be happy that Joe Biden won the 2020 presidential election and now occupies 1600 Penn. Ave. Had it gone another way the defense contractor may have seen its state-of-the-art F-35 Joint Strike Fighter program scaled back.

Assistant Secretary of the Air Force for Acquisition, Technology, and Logistics Will Roper – who served in the position during the last three years of the Trump administration – had reportedly recommended to Air Force Chief of Staff Gen. Charles Brown, former Under Secretary of Defense for Acquisition and Sustainment Ellen Lord that the Pentagon reduce the number of F-35 Lightning II jet aircraft purchased from 1,763 to about 800 in total.

Roper had questioned the cost of the fifth-generation stealth fighter even after it had received praise from former President Donald J. Trump, who touted it as the greatest fighter in the world.

According to a report from CNN this week, two former defense officials said Roper pushed instead for the Next-Generation Air Dominance (NGAD) program, which is currently underway to develop a sixth-generation semi-autonomous aircraft. Roper had previously revealed last fall at the Air, Space & Cyber Conference that a full-scale prototype had already been produced and had said it had “broken a lot of records in the doing.”

The former assistant secretary was not alone in his criticism of the F-35, with some in Congress questioning the cost of the program – which could reach $1.7 trillion over its lifetime. About $1.27 trillion is the sustainment costs, according to the Defense Department’s Cost Assessment and Program Evaluation office.

“There is recognition from everyone involved in this program — from the Air Force and from everyone in Congress — that this is a challenge. This program is not working out the way we wanted it to,” said a source with direct knowledge of the F-35 program according to CNN’s reports. That source added that an Air Force official said in a closed-door meeting, “At this point, we paid for ‘outstanding.’ We got ‘very good.'”

The U.S. military originally had sought to purchase nearly 2,500 F-35s in total including all variations. The reduced number would not only save the upfront costs of the aircraft but could potentially reduce the sustainment costs by some $400 billion as well.

How Much Economic Damage?

But cutting back on a fighter program as massive as the F-35 would not come without some massive economic pain. It would also impact the entire supply chain, and not just prime contractor Lockheed Martin. This would have a trickledown effect that would hit the industrial base across the country. According to a House Armed Services Committee Hearing form last month, the U.S. chain for the Lightning II fighter includes more than 1,800 companies, of which about 1,000 are small or disadvantaged businesses.

However, former Under Secretary of Defense Lord told CNN she stands by the F-35 program, especially in terms of the interoperability it provides with key allies and partners.

“It’s important to realize the difference between one prototype that has shown potential and the ability to guarantee a product that can generate multiple aircraft per month. We must be very careful not to discard a concept that has been built up over time,” she said. “The debate is about the degree to which you can reduce the F-35 to put money into NGAD. Right now, [the F-35] is performing very, very well for the Air Force, Navy, and the Marines. The pilots love it when they go downrange.”