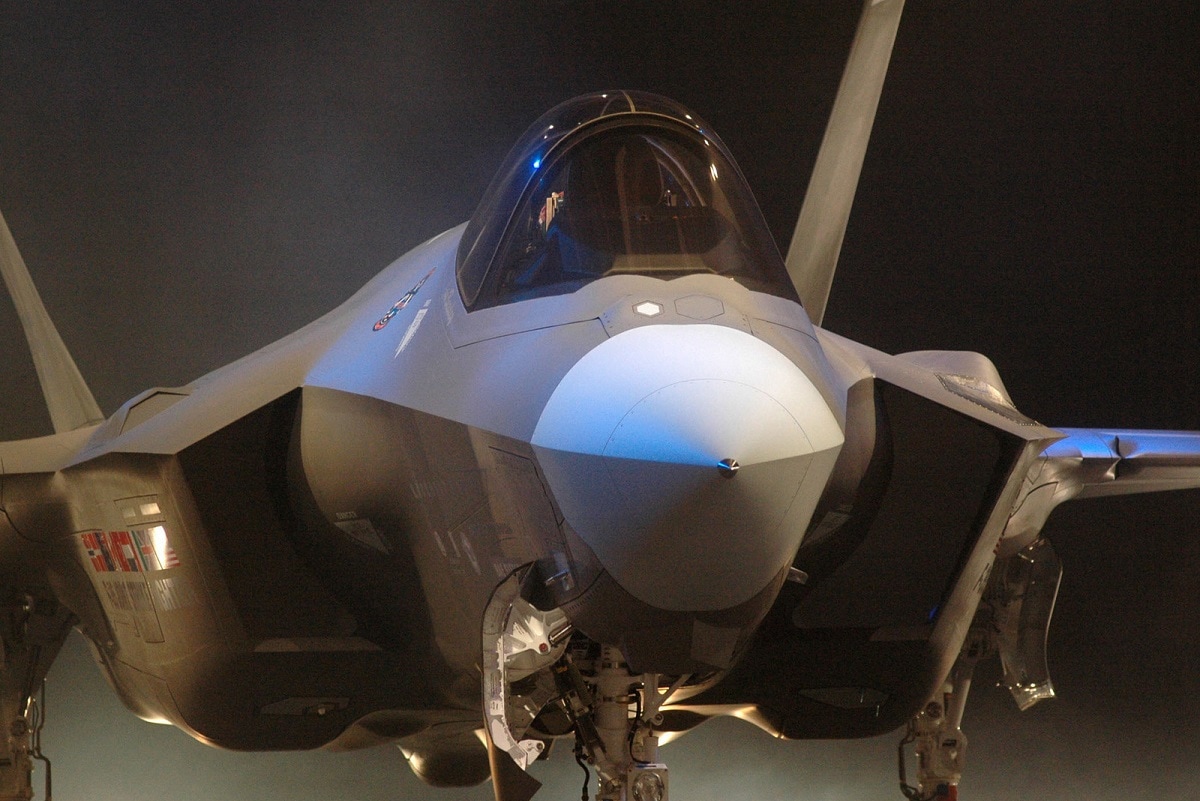 Polymer composites make up about twenty-six percent of the structural weight of the Lockheed Martin F-22 Raptor and upwards of thirty percent of the Northrop Grumman B-2 Spirit bomber. However, it is the radar-absorbent polymer skins that are a critical attribute in the effectiveness of stealth aircraft, and the coating is actually much more than just a special paint.

The polymer coating is capable of absorbing seventy to eighty percent of the energy from radar – and coupled with other design characteristics it can make the radar signal very weak. While not truly “invisible” to radar, the combination of elements makes the aircraft a lot harder to see.

It is these combinations of features that provide the “stealth.”

Yet, the polymers are so fragile that the airframes often have to be designed to protect the skin. That in turn can affect the aircraft’s performance.

A team at North Carolina State University has sought to address these issues and has developed a new spray-on ceramic, which can be applied as a liquid but becomes “harder than sand” when it sets. The new coating could withstand temperatures in excessive of 3,000 degrees Fahrenheit, but it’s also able to absorb more than ninety percent of the energy from radar – a significant increase in radar absorption.

More importantly, a tougher skin could allow designers to rethink the design of the airframes and perhaps focus on performance.

“It comes down to this: if we get the support we need to scale this up, aircraft manufacturers will be able to fundamentally redesign stealth aircraft,” said Chengying ‘Cheryl’ Xu via an NC State news release.

“The material we’ve engineered is not only more radar-absorbent, it will also allow the next generation of stealth aircraft to be faster, more maneuverable, and able to travel further,” added Xu, whose research team at NC State has developed the tougher radar-absorbent material.

This could be good news to aircraft engineers, who have had to work around numerous problems.

As The Daily Mail newspaper reported, the F-22’s stealth attributes are excellent and the aircraft appears to be the size of a “bumblebee on radar screens,” but its polymer skin is extremely fragile and can peel away. Exposure to salt and moisture can affect the skins, which begin to degrade and peel off. Likewise, the materials can decompose if exposed to temperatures above 482 degrees Fahrenheit.

In other words, normal use impacts the skins quickly.

Xu’s team has created a new ceramic material that has an impressive array of attributes. It can absorb more energy from radar, but is also water-resistant and can withstand harsh conditions including extreme heat and cold. The material can also be applied to the surface of an entire aircraft as a liquid. Once exposed to ambient air, it undergoes a series of chemical reactions and is then converted to a solid ceramic in a process lasting about two days.

To date, the researchers have only made and tested samples, but soon it could be the future of U.S. military stealth.

“We recently secured funding from the Air Force Office of Scientific Research that will allow us to produce and test much larger samples, so that’s what we’re working on now,” Xu added. “Ultimately, we are hoping to work with industry partners to scale this up and begin work on the next generation of stealth aircraft.”

In this article:F-22, F-35, Military, Spray On Stealth, Stealth Fighter