Nearly 50 years ago, in the heat of August 1971, President Richard M. Nixon issued Executive Order 11615 to impose the first wage and price controls since World War II. They were intended to suppress inflation, which at the time was less than 5 percent. But just as they did during wartime, the 1971 price controls went on to distort market prices and led to shortages.

When the controls were lifted, after 90 days, inflation continued its upward trend due to the still rapid monetary growth and, by 1975, stagflation reared its ugly head. However, the price controls, low interest rates, and fast money growth were still supported by then Fed chairman Arthur Burns, and helped get Nixon reelected in 1972. It was not a proud moment for the central bank, but could it happen again?

Prior to the COVID-19 pandemic, inflation had been tame for some time. But the government responded to the pandemic with a jump in money growth rates and a surge in government spending. Since February 2020, the Fed’s balance sheet has expanded from $4 trillion to $8 trillion, and the money supply (M2) has grown by more than 25 percent. Meanwhile, federal government spending as a percent of GDP went from 21 percent in FY2019 to 31 percent in FY2020, and President Biden has proposed spending $6 trillion in FY2022. Federal debt held by the public reached 100 percent of GDP in 2020 and is projected to increase to 117 percent by 2031.

At Wednesday’s press conference, following the meeting of the Federal Open Market Committee (FOMC), Fed Chairman Jerome Powell assured markets that “lift-off is well into the future,” even though the “dot-plot” forecast is for two rate hikes in 2023. Everyone knows such forecasts are more art than science. There was no change in the Fed’s asset-purchase program, and the range for the fed funds target remains anchored at 0 to 0.25 percent. Interest on reserves (IOR) was raised 5 basis points to 0.15 percent. Notably, the FOMC raised its forecast for expected inflation from 2.4 percent, made in March, to 3.4 percent. It is generally accepted by the FOMC that long-run inflation will average 2 percent.

Kevin Warsh, a former member of the Federal Reserve Board, reports that, since the start of the pandemic, the Fed has bought more than half of the Treasury’s issuance of securities to finance the fiscal deficits. The central bank’s monetization of fiscal deficits is noteworthy and represents a case of “fiscal dominance”—that is, using the Fed’s monetary powers to support government bond prices and peg interest rates at low levels to support expansionary fiscal policy.

Easy monetary policy, fiscal firepower, and the widespread belief they will continue—even as the economy strengthens—are fueling inflation expectations. Consumer price inflation rose by 5 percent in May from a year ago. However, part of that increase is due to using a base year in which the CPI was at a much lower level due to the COVID-19 lockdown and recession. Stripping out energy prices and rebasing to May 2019, yields an inflation rate of 2.5 percent. That rate would be in line with the Fed’s flexible average inflation target of 2 percent since inflation has been below target for some time.

Nevertheless, there is reason for concern as the headline number reported is 5 percent, and rapidly rising prices for components of the CPI (e.g., gasoline, used cars, and airfares) may cause a backlash from consumers who then turn to politicians for help.

The Fed on a Tightrope

If inflation persists, and the Fed caters to political pressure to keep rates near zero to finance the growing federal debt and prop up asset prices, it would be tempting for progressives to call for price controls. Those controls would be dressed up as a temporary measure to stabilize prices and win votes, but they would not address the underlying inflationary pressures stemming from excessive money growth and fiscal dominance.

Fed governors Lael Brainard and Randal Quarles have assured us that the Fed has the tools to counter inflation—namely, increasing interest on reserves (IOR) and selling assets to reduce the size of its massive balance sheet. Yet, it may be politically difficult to use those tools: any significant increase in IOR to ward off inflation—paying large banks billions of dollars to park reserves at the Fed—would be untenable; and any call for tapering could cause a tantrum on Wall Street, just as in 2013. The Fed does not want to risk throwing the economy into recession by raising rates, but if it stands still inflation could worsen.

Whether the Fed can engineer 2 percent inflation, given monetary ease and fiscal profligacy, is uncertain. There is no monetary rule to guide Fed behavior and hold it accountable. The power of the Fed has grown with the 2008 financial crisis and the pandemic, yet its independence has weakened.

A short time ago the Fed was mostly concerned with being unable to hit its inflation target of 2 percent. Now, under its average inflation targeting regime, it has promised to allow inflation to exceed 2 percent for an unspecified time. The risk is that fiscal dominance will prevail and executive privilege will once again be used to impose price controls that will temporarily suppress inflation and create shortages, just as in 1971. A short period of price controls like in 1971 is especially attractive as it would be used to smooth over the volatility as the economy returns to pre-pandemic norms.

The challenge for the Fed is to avoid being captured by fiscal doves and those who see the Fed as a vehicle for satisfying special interests. Although we are far from the double-digit inflation of the 1970s, an acceleration of inflation from its current levels could make the idea of price controls attractive. The Fed is on a tightrope: it has to avoid excessive money growth but not move prematurely.

The Threat to Freedom

As we approach the 50th anniversary of the 1971 price controls, we should not forget that the loss of economic freedom is a high price to pay for a false promise to end inflation by suppressing market forces.

James A. Dorn is vice president for monetary studies at Cato, editor of the Cato Journal, senior fellow, member of the Cato Institute’s Center for Monetary and Financial Alternatives, and director of Cato’s annual monetary conference. 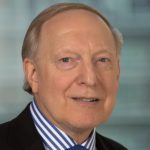