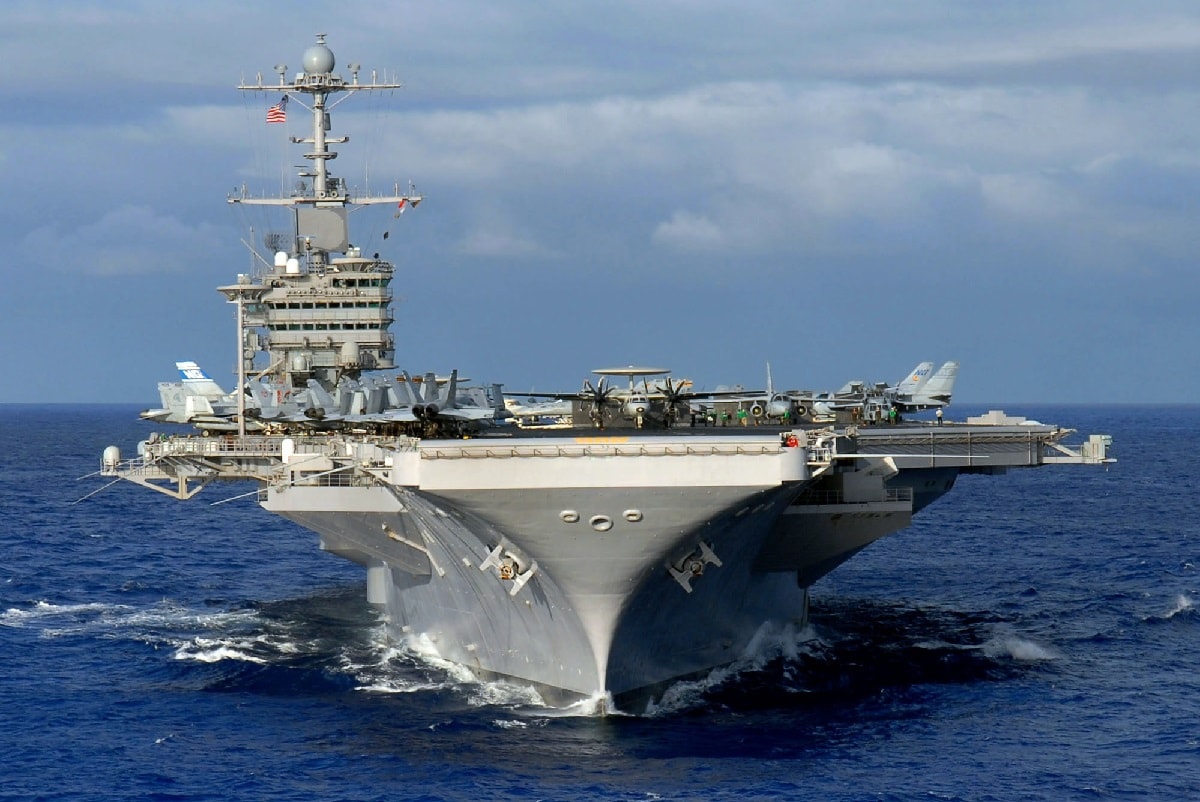 The Chinese People’s Liberation Army Navy (PLAN) recently began building a mock landing strip at Lingshui, on Hainan Island. The purpose of the landing strip is to help carrier pilots conduct take-off and landing training exercises. Moreover, as the PLAN has become the largest naval force in the world in terms of the number of warships, it has also invested in a mix of smaller – but still capable – warships including its advanced Type 055 guided-missile destroyer.

At the same time, China has gone all-in on aircraft carriers. It currently has two operational carriers – the Soviet-built and domestically refurbished Liaoning and the first indigenously-built Shandong. A third carrier is also under construction, but the PLAN has remained ambitious and is set to build a fourth carrier. And according to a new report, it will be China’s first nuclear-powered carrier, and that could put China in a very exclusive club on the world stage.

Currently, only the United States and France operate true nuclear-powered aircraft carriers, and this includes the United States Navy’s ten Nimitz-class carriers and one Gerald R. Ford-class carrier as well as the French Navy’s flagship Charles de Gaulle. The warships are capable of operating for more than twenty years without refueling and have an expected service life that exceeds half a century.

A Big Jump in Capabilities

The Type 004, presumably the class of carrier this would be named, would be built on the experience China gained with its preceding Type 003 aircraft carrier. News of the plan to “go nuclear” broke earlier this year, and while details have remained sparse, it was reported that the Type 004 would feature an integrated electric propulsion system that will allow the operation of electromagnetic launch catapults – a major step forward as currently only the U.S. Navy’s Ford-class employs such a system. The carrier’s airwing could include up to 100 fixed-wing aircraft and helicopters, including the J-15 or even the J-20 fighters as well as Xian KJ-600 airborne early warning and control aircraft, anti-submarine warfare aircraft of the People’s Liberation Army Naval Air Force.

Additionally, by being nuclear-powered, the Type 004 could generate enough electricity to power advanced laser weapons or even a railgun.

China has also stepped up its shipbuilding capacity and is now the world’s leading shipbuilder. The Type 004 is expected to be completed by the end of the decade and could enter service by the mid-2030s if not sooner. Moreover, Beijing is reportedly planning to build at least four of the carriers, which could turn China into a true carrier superpower – and second only to the United States.

However, China isn’t alone in building “flat tops.” India is also currently engaged in buildings its own domestically-built carrier, while Japan and South Korea have also announced plans to build carriers – albeit it much smaller carriers that would operate with short/vertical takeoff and landing (S/VTOL) aircraft such as the Lockheed Martin F-35B. If Beijing was hoping to have a monopoly of carriers in the Indo-Pacific it may have to think again.