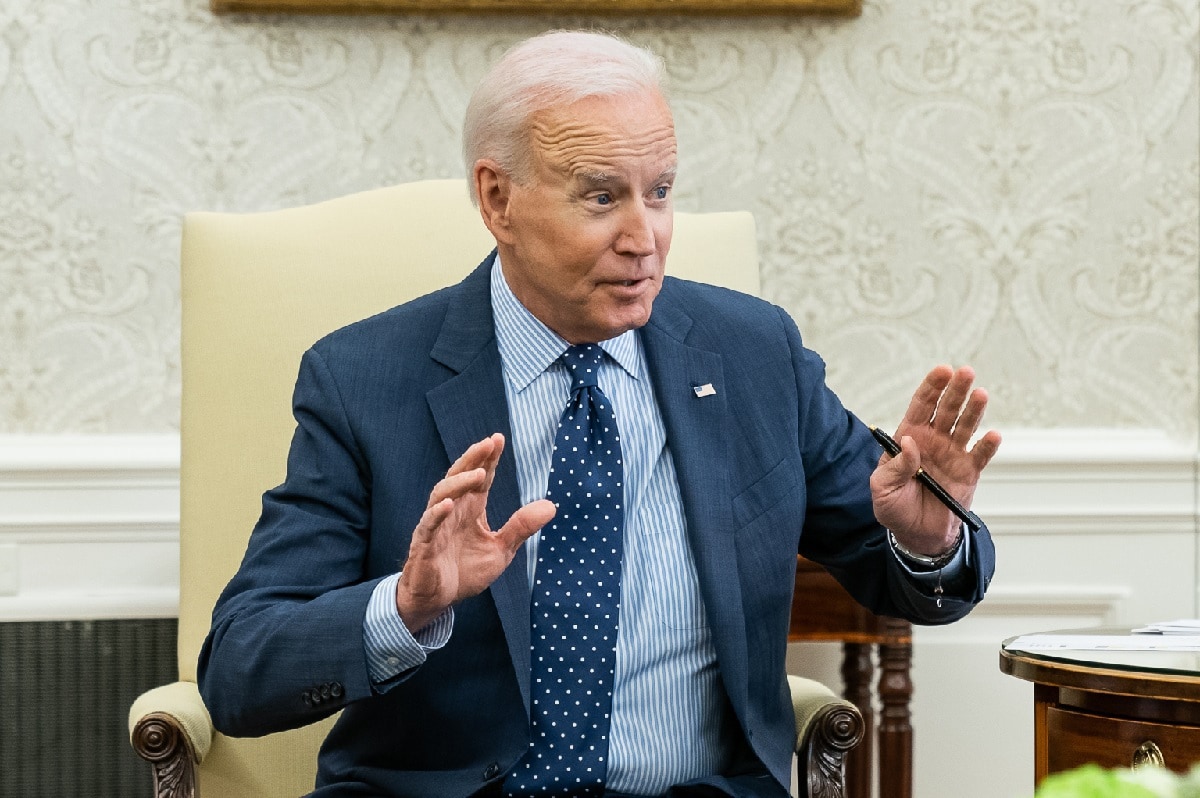 However, Biden has been caught out multiple times telling the sale tall tales about the history of the Second Amendment in his typical folksy manner.

Earlier this year, in his Rose Garden address, he made the dubious claim that the Founding Fathers believed that limits needed to be placed on what types of guns could be owned by the citizens at the time of the American Revolutionary War. He doubled down on that claim last week when Biden proclaimed, “The Second Amendment, from the day it was passed, limited the type of people who could own a gun and what type of weapon you could own. You couldn’t buy a cannon.”

It isn’t clear where the president came up with that fact, but firearm historians agree that there was no ban on any type of weapons that could be owned by most Americans until the passage of the National Firearms Act of 1934. While expensive, machine guns were certainly sold to civilians – and Auto-Ordnance, the maker of the infamous Thompson Submachine Gun, even had a showroom in Manhattan.

Either Biden believed this to be true – which is worrisome for a life-long politician who actually went to law school and passed the bar – or he is just saying what he believes his followers want to hear. Either it is completely wrong, but now the mainstream media is paying attention.

Firearms historians were also quick to set the record straight.

“Everything in that statement is wrong,” David Kopel, the research director and Second Amendment project director at the Independence Institute, told The Washington Post, adding after 1791, “there were no federal laws about the type of gun you could own, and no states limited the kind of gun you could own.”

As for the “type of people,” most historians agree that only slaves and Native Americans were typically prohibited from owning firearms and that was based on state law. Slaves had been barred from owning guns in the colonies when prior to the revolution as well.

As Politifact noted, black people – free or enslaved – were further barred from owning firearms under a 1792 Virginia law that stated, “No Negro or mulatto whatsoever shall keep or carry any gun, powder, shot club or other weapon whatsoever.”

Even the aforementioned National Firearms Act of 1934 didn’t technically “ban” ownership of any types of weapons. Rather it placed restrictions on that ownership. Today, machine guns are “legal” in thirty-seven states, but would-be buyers must pass a rigid background check conducted by the ATF and that can take upwards of a year. Additionally, buyers must pay a $200 fee/tax to receive a tax stamp.

While the NFA and how it regulates firearms fall into a category of specialty law, the president of the United States should still be expected to know the history of gun laws in general. As such, The Washington Post was actually quite critical of Biden’s statement on the issue of the Second Amendment and gave the president “four Pinocchios,” its highest rating of political falsehoods.

“Some readers might think this is a relatively inconsequential flub. But we disagree,” fact-checker Glenn Kessler wrote for the paper of record.

“Every U.S. president has a responsibility to get American history correct, especially when he’s using a supposed history lesson in service of a political objective. The president’s push for more gun restrictions is an important part of his political platform, so he undercuts his cause when he cites faux facts,” Kessler added. “Moreover, Biden has already been fact-checked on this claim — and it’s been deemed false. We have no idea where he conjured up this notion about a ban on cannon ownership in the early days of the Republic, but he needs to stop making this claim.”

Perhaps Biden just seeks to fool some of the people just long enough to pass his gun control agenda and worry about the truth another time.