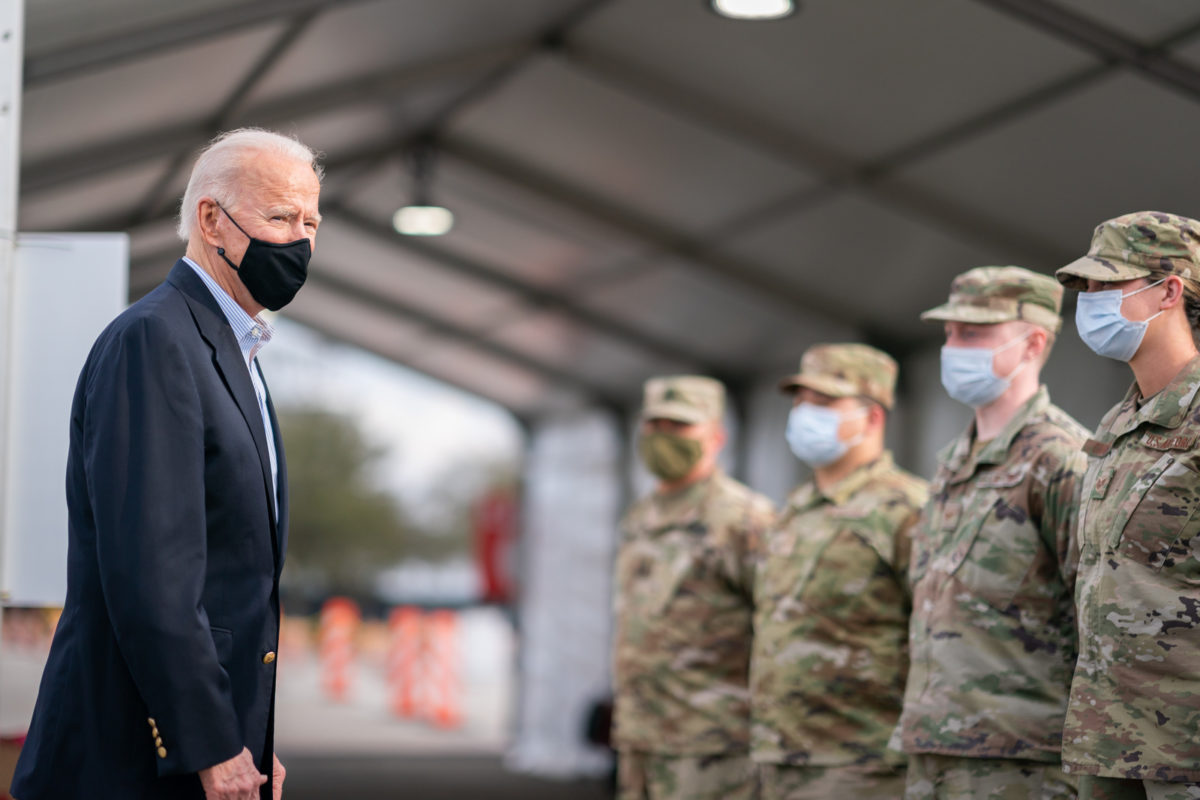 Everywhere I served I saw one factor that consistently was more important than any other in determining what was possible in foreign policy and what might just be a wasted effort: Political will.

Admittedly a vague term, it is commonly described, maybe clumsily, as the level of commitment by actors to undertake actions to achieve a set of objectives. Political will is the oxygen that animates foreign policy, and its absence constricts it. Where it exists in abundance, all things – almost – are possible; and going up against it head-on is in turn almost impossible. Where it is absent, in most cases good luck trying to enlist real support to accomplish a goal. I have seen all too often American foreign policy falter because we make common causes with groups that lack the political will to confront a challenge.

Political will is a dynamic element of the political world – volatile, irrepressible, enduring – and it transcends ideology. Political will does not care what your values are; it is what it is, and it demands respect. When well understood, it is the best predictor of how a foreign policy initiative will fare. It is the height of irresponsibility not to make a careful calculation of it before embarking on a major foreign policy initiative. It’s like the first and last safety check one should make of the parachute before jumping out of an airplane.

We have seen and see the power of political will and the consequences of its absence everywhere. The Meiji Restoration, the late 19th-century drive by the new Japanese leaders to modernize the nation and provide for its defense, was purely a sustained act of political will. The unfailing commitment to our national security by millions of Americans during the long years of the Cold War with the Soviet Union is another example. The Bashar-al Assad regime endures to this day, despite all the extraordinary resources mobilized to bring it down – clearly political will is at work among the core supporters of the regime, which involves political and ethnoreligious elements. Even the most cursory look at the Arab Socialist Baath Party of Syria would have concluded that resistance would be intense and long.

“The Troubles” of Northern Ireland, which lasted from the late 1960s until the 1990s, should be a cautionary tale for anyone confronting political will. In this case, Great Britain faced an irregular war on an island just across the sea from London. Despite having some of the world’s most advanced military, police and intelligence institutions, Great Britain was unable fully to suppress the IRA for almost 30 years, and in the end power-sharing was the outcome. In the same way, we must ask ourselves why the Taliban endures after decades of conflict with the United States and our allies and the spilling of so much blood and the expenditure of a trillion dollars by us to defeat them. The Vietnam War, which cost the lives of millions, should stand forever as a bright and shining lesson for us all.

At this very moment in Myanmar, we are seeing the power of political will laid bare – on both sides – and all those who were ready to condemn Nobel Peace Prize Laureate Aung San Suu Kyi for her stance on the abuses endured by the Rohingya people should recognize how desperately she was trying to keep the democratic experiment in her country alive. In turn, the military rulers are also witnessing the power of political will – and this has little or nothing to do with international sanctions and pronouncements.

My assignments took me to Japan, Ukraine, Azerbaijan, Guatemala, Djibouti, and Australia, and to Washington, where I focused on the Balkans, East Asian and Pacific policy, and Central Asia. I witnessed the power of political will firsthand over and over again.

Mosul and the province of Ninewa have an ethnically and religiously diverse population but are majority Sunni. When I served as Provincial Reconstruction Team (PRT) Leader there in 2007-2008, during the so-called Iraqi Surge, Sunnis, in particular, found it difficult to make the Hajj pilgrimage safely to Mecca from the province. Various people had tried to restart the flights but without success. It was a puzzle of interlocking actions that all needed to fit together. There were so many moving parts, and I was proud we helped make it happen. At the core, though, it was very much Iraqis driving the process.

With all that we did to make this complicated operation possible, it would never have happened if this were not a goal deeply desired by the people of Mosul – I could sense it in every encounter with the community. We tapped into a very ample source of political will.

In Ukraine, and in other countries, I have seen a phenomenon I call the “Farmer John” syndrome. I gave it that name, imagining a stoic farmer without a political ideology, who wants nothing more than to be left alone to farm his crops and live his life. He usually does not particularly care who is in or out of power. That would seem an ideal situation for an authoritarian ruler. The problem for that ruler, though, is if he crosses a red line with the Farmer Johns of society, they simply resist, with the same stoicism and stubbornness with which they live their lives. And because they are not political partisans, they are not easily taken down. That is also a pure expression of political will. Dictators ultimately most fear these people.

When people want something, they will find a way. Conversely, if they don’t care that much about a particular outcome, don’t count on them to do it even if you give them many incentives, or try to do it yourself. In development, best to find the intersection between a project we believe worthwhile and what the people in the host country also believe worthwhile. It is such an intuitively common-sense approach, yet so often it is not followed.

The question of universality in foreign affairs is central. We are all human, we strive, we suffer, we love, we all have the capacity for creation and destruction, and we seek security and happy life for ourselves and our families. But how does that commonality translate into the promotion and application of one country’s particular set of values on others through diplomacy? The fact that the United States government does a human rights report on every country in the world tells you how we have viewed our values. Does the United States really need to do a report every year on (fill in the blank)? Because that list is so long of countries that are taking their human rights seriously even without our reports, I just left it blank for the reader to complete.

Americans are indeed made up of citizens of every color, religion, and ethnicity, and yet through a peculiar irony, the average American has not traveled abroad, does not speak a foreign language but still believes that our specific values are universal and that sooner or later the world will catch up to us. The truth is that Americans are the outlier in the global community. Modeling those values, and sharing them with the world is wonderful, and I did that proudly as a Foreign Service Officer. However, many Americans also believe that actively promoting these American values far and wide is integral to our national security. It would be a charming characteristic if it did not have such real impact on how we conduct our foreign policy.

The issue is practical. Do we have a real chance of actually succeeding with such an approach in a particular country? Does the promotion of these values advance our core national security interests? Could it actually make things worse for the people we are trying to help? It is often painful when we take a hard look at what the consequences have been in many cases when we have intervened. I think of diplomacy as an art practiced with a precision instrument, not a blunt tool. “Nation-building” is an initiative that must be approached with great caution and humility.

When the Second World War ended the United States had 12 million well-armed and supplied troops under arms, bases everywhere, more than 100 carriers of all types, the prestige of victory, and its single economy was half of the world’s economy by itself. America was Atlas. And Americans spent the next half-century and beyond with that image in our mind, and are still having trouble shaking that away as they make the prudent and far-reaching choices for this century.

Americans are no longer the lone Atlas astride the globe. They have real competition. Despite having fearsome military capabilities, the Soviet Union never even competed with the United States economically, and lacked the soft power of Hollywood. America is still the greatest Superpower but its relative power has changed dramatically – no longer is half of the world’s GDP from the United States, now it is less than one-quarter. America still faster than the other athletes on the field, but can no longer assume it will always prevail if it puts substantial resources into the test. Political will can prove a tough nut to crack. A hard-nosed calculation of political has become even more important – the United States – and all nations — should conserve its power for those contests in which national security is most affected, and where they have the likelihood of prevailing. Americans can continue to use up their energy on promoting those values where there is strong resistance, if we accept the cost to us – at least our public should know that cost – and to the people we are seeking to help.

In this tough post- post-Cold War world, the United States faces a very different strategic environment, and sometimes people shrug at this Atlas. A keen appreciation for political will be essential so the United States can decide where to put its resources, where to place its bets, how it can best share those values with the world, how to be successful in the long run.

Jason Hyland was a career Senior Foreign Service Officer with the US Department of State, whose last assignment was as Charge d’Affaires at US Embassy Tokyo. He served in Japan, Iraq, Ukraine, Azerbaijan, Djibouti, Guatemala, Australia, and Washington, DC. He is a graduate of the University of California Berkeley, The Fletcher School of Law and Diplomacy, and the National War College. He is currently Board Director of BrioNexus KK, a Japanese start-up, and lives in Tokyo. 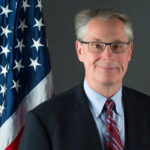 Jason Hyland was a career Senior Foreign Service Officer with the US Department of State, whose last assignment was as Charge d’Affaires at US Embassy Tokyo. He served in Japan, Iraq, Ukraine, Azerbaijan, Djibouti, Guatemala, Australia, and Washington, DC. He is a graduate of the University of California Berkeley, The Fletcher School of Law and Diplomacy, and the National War College. He is currently Board Director of BrioNexus KK, a Japanese start-up, and lives in Tokyo.