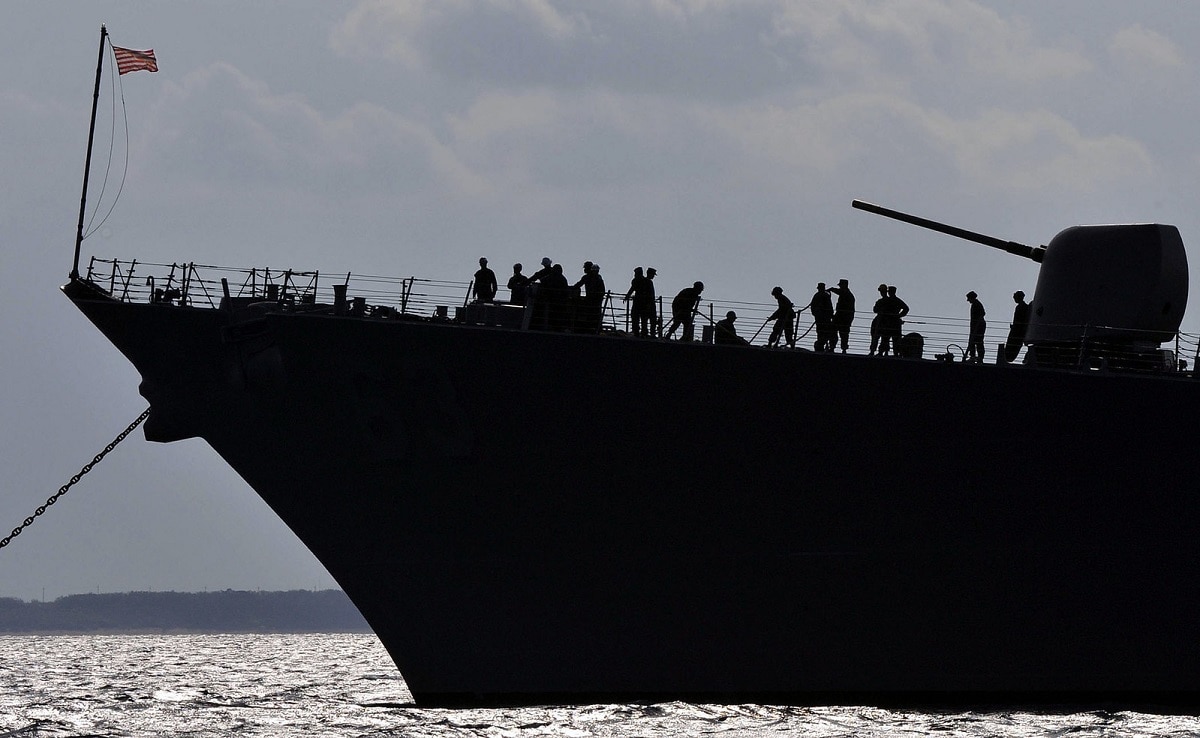 The USV, named NOMAND, traveled 4,421 nautical miles (nm), and according to the DoD, ninety-eight percent of the trip was conducted in autonomous mode when it arrived in California on May 29. This follows a similar transit that took place last October involving the Ghost Fleet Overlord vessel RANGER. Both passed through the Panama Canal while in “manual mode.” NOMAD is a converted offshore patrol vessel that was formerly known as Riley Claire.

The DoD called NOMAD transit an opportunity for extended testing of vessel endurance, autonomous operations, and interoperability of government command, control, communications, computers and intelligence systems with vendor autonomy, hull mechanical and hull electrical systems. It added that remote mission command and control for the recent transit were conducted from an ashore Unmanned Operations Center operated by U.S. Navy Sailors from Surface Development Squadron One.

“This is another significant milestone for SCO’s Ghost Fleet Overlord program and supports the Navy’s Unmanned Campaign Framework by adding a second Overlord vessel to the West Coast,” said SCO Director Jay Dryer.

“The SCO Ghost Fleet Overlord program serves to inform Navy prototype efforts by integrating mature technologies to accelerate Service priorities and is a key piece of the build a little, test a little, and learn a lot philosophy articulated in the Navy Unmanned Campaign Framework,” Dryer added.

Ghost (Fleet) With the Most

The Ghost Fleet Overlord program is part of the Navy’s effort to accelerate the adoption of autonomous vessels within its fleet, which could help expand the reach of manned vessels. According to the DoD, the autonomy includes more than just straight-line passage through large areas of the ocean; as it also involves such things as collision avoidance and following the rules of the sea.

The Navy’s effort to adopt the unmanned vessel concept has already involved several classes of ships, as well as an array of missions. These have included offensive operations and intelligence, surveillance and reconnaissance (ISR) missions with reduced risk to crew and legacy vessels. The Ghost Fleet Overlord program has demonstrated continued maturity in the autonomous USV concept since it was first stood up in late 2018.

The Ghost Fleet Overlord program is now in its second phase, which began in September 2019. It is focused on the integration of government-furnished command-and-control systems and payloads and more complex and challenging naval operations experimentation. Phase II will be conducted with the same vessels and industry teams that took part in Phase I; and it will conclude in early 2022, at which point both Ghost Fleet Overlord vessels will transition to the Navy for further experimentation.

According to USNI News, the U.S. Navy is also in the process of converting two more OSVs to Ghost Fleet configuration as part of the development of the Large Unmanned Surface Vehicle (LUSV) program it wants to begin in Fiscal Year 2023. At issue are the restrictions that Congress has so far placed on the Navy as the service develops its unmanned systems. Lawmakers have required ground-based testing and also expressed concerns about the reliability of the autonomous systems.