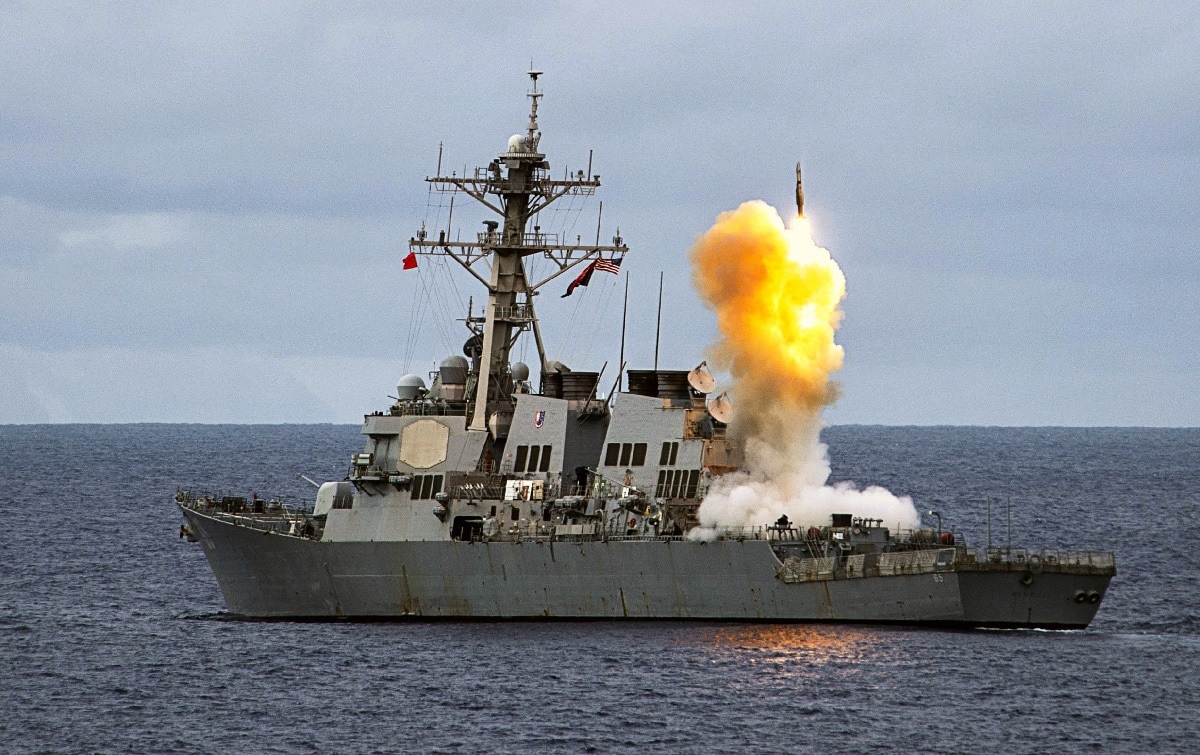 PHILIPPINE SEA (Sept. 19, 2016) The Arleigh Burke-class guided-missile destroyer USS Benfold (DDG 65) fires a standard missile (SM 2) at a target drone as part of a surface-to-air-missile exercise (SAMEX) during Valiant Shield 2016. Valiant Shield is a biennial, U.S. only, field-training exercise with a focus on integration of joint training among U.S. forces. This is the sixth exercise in the Valiant Shield series that began in 2006. Benfold is on patrol with Carrier Strike Group Five (CSG 5) in the Philippine Sea supporting security and stability in the Indo-Asia-Pacific region. (U.S. Navy photo by Mass Communication Specialist 2nd Class Andrew Schneider/Released)160919-N-XQ474-126 Join the conversation: http://www.navy.mil/viewGallery.asp http://www.facebook.com/USNavy http://www.twitter.com/USNavy http://navylive.dodlive.mil http://pinterest.com https://plus.google.com

How do you change a culture? That question courses through a new congressionally mandated report from retired marine Lt. Gen. Robert Schmidle and retired Rear Adm. Mark Montgomery. Read the whole thing. Titled “A Report on the Fighting Culture of the United States Navy Surface Fleet,” the document makes painful reading for anyone who’s ever served in U.S. Navy ships. The coauthors warn that failing to renovate the surface navy’s culture would court defeat against an increasingly well-equipped, increasingly rowdy Chinese navy.

After all, the finest weapon is no better than its user. American ships and armaments could be superior by every measure to those deployed by the People’s Liberation Army Navy, and yet the U.S. Navy could lose anyway if sailors mishandled their fighting implements on account of cultural malaise and its ripple effects on combat prowess.

One of the more stunning findings out of the report: of 77 active-duty and retired sailors interviewed, 94 percent concurred that such mishaps as the 2017 collisions of the destroyers USS McCain and USS Fitzgerald and the massive fire onboard the amphibious warship USS Bonhomme Richard last year were “part of a broader cultural or leadership problem” within the service. And the maladies revealed in the report may remain partly obscure to top leadership. Gen. Schmidle and Adm. Montgomery contend that keeping the interviews anonymous, as they did, helped them “identify trends that, by the admission of those interviewed, would not normally be shared with their own chain of command.”

Schmidle and Montgomery ascribe the surface navy’s cultural woes to a toxic brew of careerism and fear, as well as indifference to the brave new world of great-power competition that looms before us. Respondents condemned the leadership for pursuing warfighting excellence on a not-to-interfere basis with . . . most everything else. They complained of a “dominant and paralyzing zero-defect mentality” that views a single mistake as cause for ending a career. They depicted senior leaders as hypersensitive to reporting in defense-press outlets such as the Navy Times or posts on social media.

Furthermore, many complained about the service’s “under-investment in surface warfare officer training,” particularly at the outset of a surface warfare officer’s career—the formative phase for any newcomer to the profession. The coauthors note that “aviators take anywhere from 18 to 24 months in pipeline training, submarine officers take 18 to 21 months, while surface warfare officers have often considered 6 months in the pipeline excessive.” (Thankfully the service has terminated the misbegotten practice of simply issuing newly commissioned officers a stack of CDs and sending them to their first ships to learn everything on the job.) Interviewees lamented service chieftains’ inability to say No to demands from regional combatant commanders for naval forces. Running the fleet ragged translates into lackluster ship maintenance that degrades combat power. And lastly, respondents blasted the “culture of micromanagement” that has top leadership second-guessing even routine actions on the tactical level via communications technology.

My amphibian friend, the pseudonymous navy commentator CDR Salamander, observes that the common denominator among these problems is fear. I might take Sal’s observation a step further and say that the presence of unhealthy fear and the absence of healthy fear help account for what ails the surface navy. For example, micromanagement and the zero-defects mentality stem from dread that a subordinate may do something wrong that reflects poorly on his or her superiors and be held against those superiors come promotion time. Senior leaders who fret about press reportage or social media, similarly, are prone to dismiss junior folk from their positions for even trivial offenses. Otherwise the brass fear being tarred themselves in print or online—and suffering the career consequences.

If the report’s authors and the interviewees have it right, unhealthy fear runs rampant in the surface fleet. And healthy fear? The report calls attention to a common theme in these pixels: the baneful legacy of the post-Cold War era. During the 1990s the U.S. sea services reigned supreme on the high seas and in essence stood down from their major function, namely fighting hostile fleets. If there was no one left to fight, the reasoning went, there was little point in preparing for a fight. So the navy reinvented itself as a power-projection force that could rain down missile and air strikes on foreign shores with impunity. Hardware, skills, and, yes, fighting culture atrophied.

The repercussions of cultural drift could be profound. Here’s how Schmidle and Montgomery close their report: “The sailors interviewed for this report do not believe the Navy prioritizes fighting and winning because Navy leaders do not talk about fighting and winning. Former Secretary of Defense James Mattis said in testimony that ‘the United States does not have a preordained right to victory on the battlefield.’ Unless changes are made, the Navy risks losing the next major conflict.”

That prospect should arouse healthy fear—and a sense of urgency—among top leadership.

How to set a cultural renaissance in motion? A few broad recommendations from which specifics should flow. First, instilling a new culture often requires breaking the old. This is hard in peacetime, when no powerful stimulus compels custodians of the culture to modify the institution’s practices and habits of mind in order to survive. Defeat is the most powerful stimulus possible for a military arm. People make up a culture, and people are operations and strategy. For instance, SUBPAC—the U.S. submarine force in the Pacific—remade its officer corps in a hurry starting after the Pearl Harbor attack. Many skippers reared during the interwar years proved unable to adapt to the wartime reality they confronted, namely raiding Japanese mercantile shipping. So SUBPAC gave each captain two patrols to show results; if he didn’t produce, he was replaced with someone possessed of a mindset better suited to operational circumstances.

Importing new blood into the silent service changed the service’s culture with dispatch. But again, it’s easy to take drastic measures when defeat stares you in the face. Absent a shock to the system of Pearl Harbor magnitude, exceptionally determined uniformed and civilian leadership at the Navy Department, amplified by lawmakers, will be necessary to break the old post-Cold War culture and replace it with a culture of great-power strategic competition at sea.

Second, as officialdom summons up the urgency to restore the navy’s fighting edge, it could take its cue from the Anglo-Irish parliamentarian Edmund Burke, who maintained that in a real sense, our enemy is our friend. “He that wrestles with us strengthens our nerves and sharpens our skill,” Burke declares. “Our antagonist is our helper. This amicable conflict with difficulty obliges us to an intimate acquaintance with our object and compels us to consider it in all its relations. It will not suffer us to be superficial.” He might note that taking challenges from the likes of China and Russia seriously—and building a culture aimed at outcompeting them—means feeling the possibility of a cataclysm in your gut. Or take it from the newish U.S. Air Force chief of staff, Gen. C. Q. Brown, who titled his first missive to airmen Accelerate Change or Lose. He gets it.

Third, and more specifically, the leadership must accept that the martial principle of concentration and dispersal applies to more than massing forces at the scene of battle to overcome some foe. It applies to everyday life in the fleet. There are only so many hours in the day, meaning every task is in a zero-sum competition with others. If all tasks are all-important to senior leadership, sailors and officers will disperse their effort among assignments trying to accomplish everything. With less time and mental energy to devote to each individual assignment, seafarers are likely to underperform on all of them. Or, more likely, they will tacitly set priorities, taking care of what seems most important to the leadership and deferring matters that appear less important—including battle preparedness—until some vague future time.

As the Schmidle-Montgomery report indicates, administrative tasks—preparing for inspections, conducting training, much of it imposed from above on topics not immediately related to battle, and on and on—are concrete, immediate, and consequential for mariners treading the decks of American warships. Falling short on them could elicit bad press and ruin a mariner’s next promotion or posting. Combat is abstract and hypothetical by contrast. Until it happens. The perverse upshot of loading countless demands on sailors is that the surface navy’s foremost function—dueling hostile fleets—tends to get postponed and diluted because lesser concerns command greater visibility. The leadership must restore and enforce priorities in the ranks, nurturing a fighting culture. Tactical and operational excellence must come first. 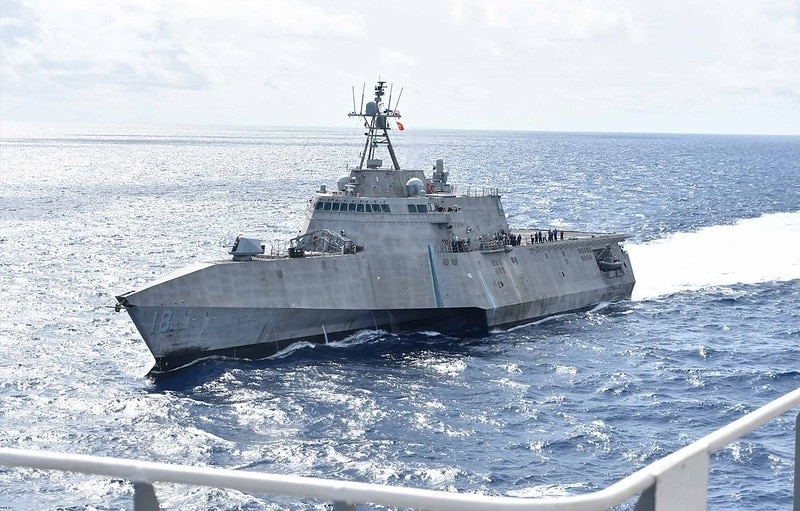 And fourth, uniformed and civilian leaders can draw on what historian Henry Steele Commager called a “usable past” as they renovate the surface navy’s culture. A usable past refers to history and traditions that leadership can use to invigorate and shape a culture, much as the American Founders used cultural artifacts such as the Declaration of Independence or patriotic songs or paintings to unite thirteen disparate colonies clustered along the east coast into a single American republic. Naval leaders can invoke such great figures from U.S. Navy history as John Paul Jones or Raymond Spruance, as well as humbler but no less inspiring figures such as Ernest Evans or Doris “Dorie” Miller. These are all exemplars of the fighting culture that needs restoring within the fleet. They should be the face of the navy’s cultural renaissance.

History is the sum of the biographies of the people who once lived. Let’s ransack history for insights as we dispense with the post-Cold War legacy, reorient to today’s challenges, and reset priorities for seafarers. And let’s do it now. The hour is late.

A 1945 Contributing Editor, Dr. James Holmes is J. C. Wylie Chair of Maritime Strategy at the Naval War College and a nonresident fellow at the University of Georgia School of Public and International Affairs. The views voiced here are his alone.

In this article:China, featured, Navy, US Military, US Navy, US Navy Culture, US-China War