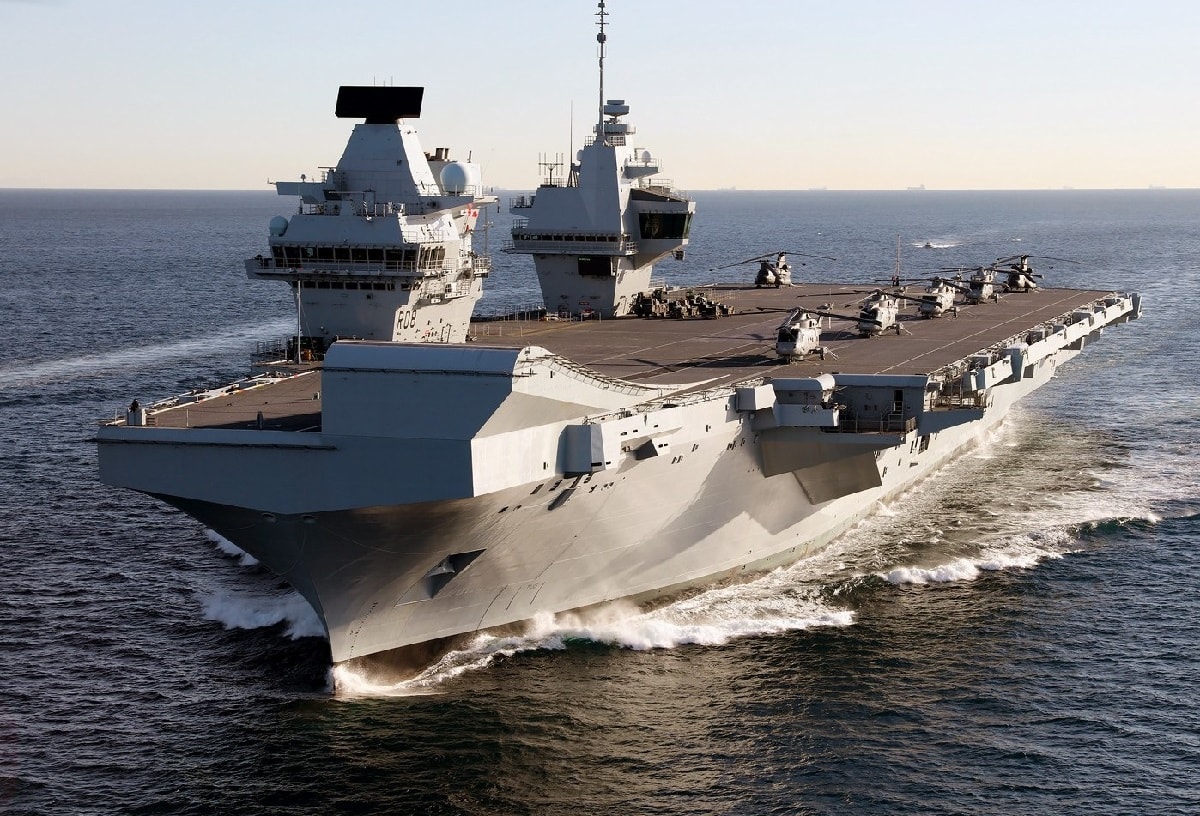 While the UK’s new carrier will continue to visit dozens of nations during her maiden voyage, a stop in China isn’t scheduled. Instead, Beijing has welcomed the arrival of the Royal Navy’s flagship aircraft carrier HMS Queen Elizabeth to the region by holding multiple combat readiness drills.

Other exercises were scheduled to run from Tuesday to Thursday in the South China Sea to the coastlines of Chuandao, South China’s Guangdong Province. Another area off the coast of Guangdong’s Maoming also hosted exercises from Monday to Wednesday. Beijing announced that passing vessels should stay five nautical miles away from the restricted areas. Navigation restriction notices were posted on the Maritime Safety Administration of China’s website on Monday for all of the exercises.

The drills have been seen as a reaction to the arrival of the UK aircraft carrier task force, the first time that a British carrier has operated in the region in decades. HMS Queen Elizabeth entered the South China Sea on Tuesday, following a port-of-call visit to Singapore.

Beijing has been quite vocal in its disapproval of the deployment of the Royal Navy warship to waters it sees as its own.

“The Chinese side believes that the South China Sea should not become a sea of great power rivalry dominated by weapons and warships,” Chinese defense spokesman Tan Kefei said earlier this week.

“The real source of militarization in the South China Sea comes from countries outside this region sending their warships thousands of kilometers from home to flex muscles,” added the spokesman. “The Chinese military will take necessary measures to safeguard its sovereignty, security, and development interest. It will also take measures to promote peace and stability in the South China Sea.”

Based on previous UK statements, HMS Queen Elizabeth along with her escort ships, are likely to hold their own exercises in the contested waters, while conducting freedom of navigation operations (FONOP), the Global Times reported.

China’s claim to South China is based on the “nine-dash line.” Its origins date back to 1935 when the Chinese government produced a map of the contested maritime region. The “Map of Chinese Islands in the South China Sea” featured eleven dashes that marked the claim made by Beijing – then known as Peking. In 1949, the People’s Republic of China dropped their claim of the Gulf of Tonkin off Vietnam, which brought the dashes down to nine.

However, the current “nine-dash line” claim encompasses almost all of the South China Sea, measuring some 1.3 million square miles. It also extends southward for more than 2,000 kilometers from the Chinese mainland. An international tribunal had met in The Hague in 2016 and ruled against China’s claim to the maritime territory, which Beijing has simply ignored and maintain that the PRC has the only exclusive rights to exploit the resources in the region.