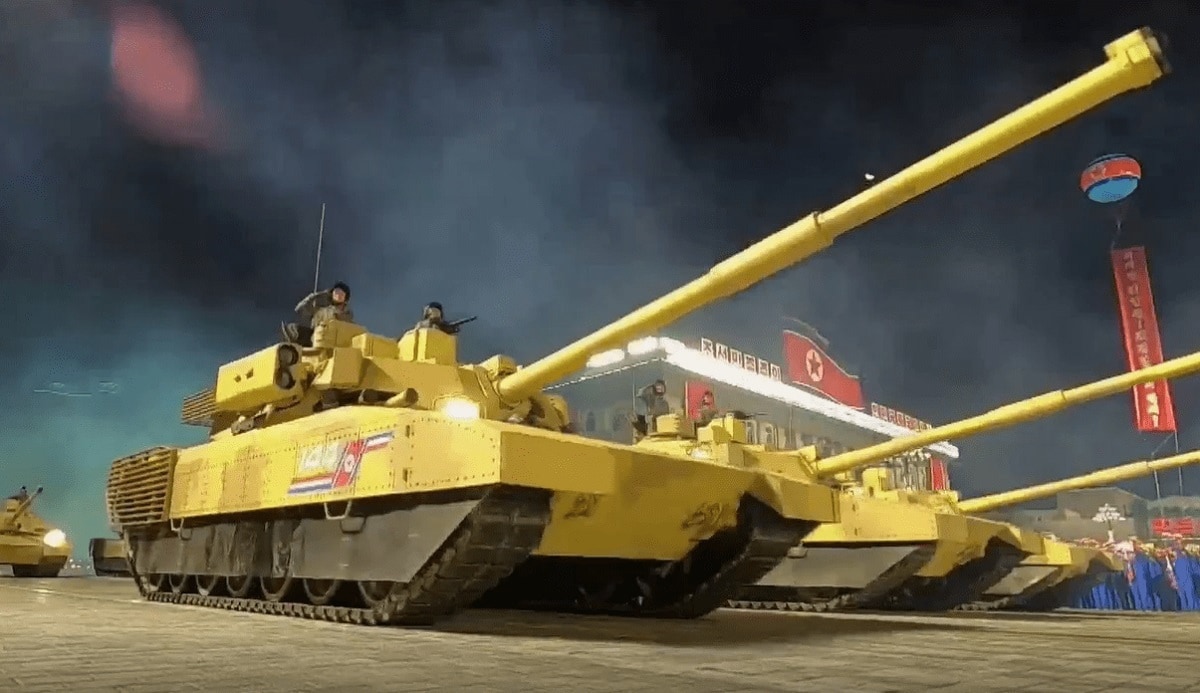 Just days after hundreds of thousands of North Korean troops poured over the 38th Parallel into South Korea, starting the Korean War, U.S. president Harry Truman directed the Pentagon to scramble whatever aid was necessary to rescue a beleaguered Republic of Korea.

But while air and sea power could rapidly intervene from bases in Japan, U.S. ground forces required ports if they were ever to arrive in meaningful numbers with heavy tanks and artillery. However, the pace of the North Korean advance meant that the southeastern port of Pusan was the only viable option.

While the North Korean invasion was spearheaded by Soviet-supplied T-34 tanks and supported Yak and Shturmovik warplanes, small boats operated by the North Korean People’s Navy also infiltrated troops down the South Korean coastline. One of these operations could easily have changed the course of the war.

The former U.S. Navy ship PC-823 had served for only a few years in World War II before being reassigned as a civilian merchant marine training vessel and finally decommissioned in 1948. She was purchased jointly with crowdfunding by South Korean sailors in a “Vessel Construction Finance Committee” and the government in Seoul at a price of $60,000.

The small ship sailed from New York to Hawaii, where she received a 3” deck gun (photo here), then to Guam where she received exactly 100 shells for the aforementioned weapon. She finally arrived at Jinhae Naval base near Pusan only two months earlier in April 1950.

This may have been of the most timely and cost-efficient investments in the history of naval warfare.

Just twenty miles away from the vital port, the chaser’s crew trained their searchlights on the unresponsive ship, revealing over 600 soldiers of the North Korean 766th Infantry Regiment onboard. These opened fire with heavy machine guns mounted on the steamer’s stern, killing the sub-chaser’s helmsman and wounding another bridge crew member.

However, Baekdusan’s crew charged forward within 400 meters, blasting away the with their 3” gun—which they had never fired before due to the lack of ammunition—and six .50-caliber machine guns.

North Korean soldiers reportedly began jumping overboard and attempting to swim aboard Baekdusan, causing her crew to repel them with fire from semi-automatic Garand rifles.

The combined firepower finally caused the steamer to sink near Tsushima island.

In the extraordinary chaos of the early days of the North Korean invasion, even a battalion-sized force might have succeeded in seizing Pusan, which was largely undefended.

As Pusan would subsequently serve for months as the last foothold of territory for South Korean forces and their United Nations allies on the peninsula, this engagement known as the ‘Battle of the Korea Strait’ was arguably of immense consequence.

But for a small crowd-funded patrol ship with a single 3” deck gun, South Korea as we know it today might simply not exist.