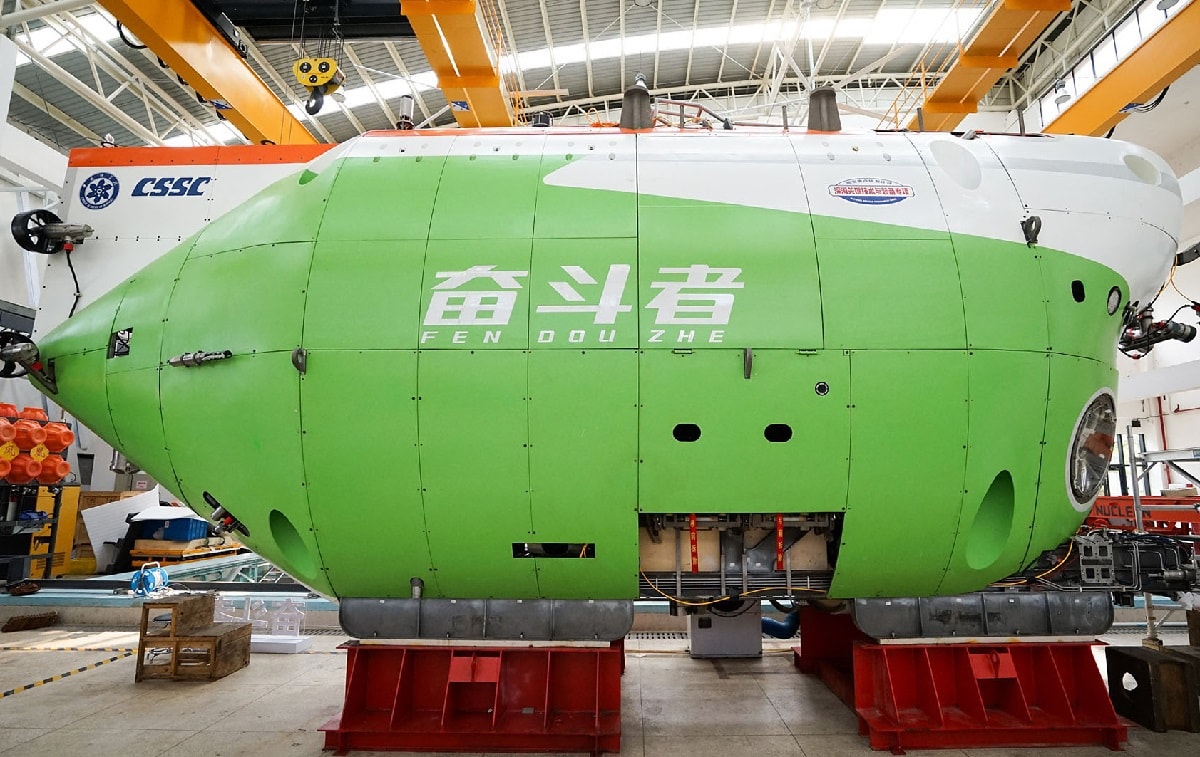 In late 2020, a Chinese submersible, the Fendouzhe, descended over 30,000 feet to the bottom of the Marianas Trench, home to the deepest point in the earth’s oceans, known as Challenger Deep. Loaded with so much surveying equipment that the crew added additional buoyancy materials to keep it balanced, the Fendouzhe set a national record for the depth of its dive and broadcast a live feed of its exploits back to China. While the expedition was billed as focusing on the animal life of the Trench, state media noted that the surveying experience would be useful for China’s growing interest in deep-sea mining.

The deep seabed, essentially the very bottom of the ocean’s floor, is a potentially rich source of oil and gas; elements like cobalt, copper, and nickel, as well as of the rare earth elements (REEs) required for many new technologies. Chinese President Xi Jinping has spoken repeatedly of the connection between “utilization of the ocean” and China’s quest for both maritime and overall national power. In 2016, he spoke specifically of the deep sea, saying: “the deep sea contains treasures that remain undiscovered and undeveloped, and in order to obtain these treasures we have to control key technologies in getting into the deep sea, discovering the deep sea, and developing the deep sea.”

Policy has followed rhetoric. In February 2016, China began laying the predicate for exploitation of deep seabed resources with the passage of the PRC Law on Exploration and Development of Resources in Deep Sea Seabed Areas. In the 12th (2011-2015) and 13th (2016-2020) Five Year Plans, China prioritized “promoting commercialization of deep-sea mining, manufacturing of deep-sea equipment and utilization of deep-sea bioresources.” Beijing already leads the world in the number of deep-sea mining contracts undertaken, with more likely to follow given the breadth of its surveying efforts and the level of interest shown by senior Chinese Communist Party officials.

Beijing is following a familiar pattern in its focus on the deep seabed. Senior officials are publicly extolling the economic importance of dominance in a particular underutilized domain, and connecting it explicitly to China’s broader role in the world. Xi has pursued similar approaches in the Arctic and Antarctic, declaring China a “Polar Great Power” in 2014. China’s 2018 Arctic Strategy declared Beijing a “near-Arctic” power, with an accompanying “Polar Silk Road” designed to accelerate Chinese economic influence in the region.

In the Antarctic, meanwhile, Chinese officials have spoken regularly of the resource exploitation potential of the continent, despite the Antarctic Treaty’s (of which China is a signatory) constraints on extractive activities. Chinese scholars have gone so far as to propagate the myth of the 2048 expiration of the Madrid Protocol that governs Antarctic environmental conduct, against all evidence and contrary to international consensus. For his part, Xi has publicly called on China to “exploit” the Antarctic.

As in the Arctic and Antarctic, China’s interest in economic dominance of the deep seabed has a significant military component. In 2018, a Ministry of National Defense document identified the domains relevant to the People’s Liberation Army (PLA) for future global operations. In addition to traditional domains like land, air, sea, and space, the document called for “confrontation activities” in areas including quantum, artificial intelligence, and, revealingly, the deep sea.

Science of Strategy, a premier Chinese military journal connected to its National Defense University, noted the economic value of the deep seabed as early as 2015 and spoke of “military struggle in the deep sea” as a future warfare domain. Revisions to the country’s National Security Law that year also flagged the deep seabed as an area of national interest for Beijing.

Chinese dominance of the deep seabed, whether in already-disputed waters like the South and East China Seas or farther afield in the Western Pacific, where China has conducted extensive surveying, including near U.S. territories like Guam and the Commonwealth of the Northern Mariana Islands, poses significant military challenges for the U.S. and its allies.

As retired U.S. Navy Captain James Fanell, formerly the Director of Intelligence for the U.S. Pacific Fleet, recently told me: “The PRC’s deep seabed survey operations have two purposes. One, and the one most publicized, is to find and exploit natural resources and the other is to collect oceanographic data for the Chinese Communist Party’s strategic goal of expanding the geographic area and lethality of the PLA Navy’s blue-water submarine force.”

Fanell has noted that such operations provide the PLA Navy with oceanographic data on the bottom contours, water temperature, salinity, and other metrics of what the Chinese call the “ocean battlespace environment” (海战场环境). This type of information facilitates the PLA Navy’s objective of neutralizing one of the United States’ longtime warfare advantages: control of the undersea domain.

The current international mechanism for regulating the deep seabed is the International Seabed Authority (ISA), created under the United Nations Convention on the Law of the Sea (UNCLOS). The U.S. is not a party to either arrangement and for good reason. Not only is China the largest financier of the ISA, but its institutional framework remains heavily weighted against both U.S. economic and strategic interests. The Senate has consistently failed to ratify U.S. membership in UNCLOS and ISA out of concerns about sovereignty and the efficacy of either mechanism in upholding American interests.

The United States will most effectively counter Beijing’s deep seabed activities by working proactively with like-minded states, including “Quad” members Australia, Japan, and India and trusted partners like Taiwan, to monitor China’s activities and respond accordingly. Attempts to exploit the deep seabed economically in ways contrary to international best practices, or to militarize it, should be strongly condemned.

An allied strategy to defend the deep seabed from Beijing’s predations requires, as in the Polar regions, both an economic and military response, realizing the intrinsic linkage between them in Chinese statecraft. Like the Arctic strategies created by the U.S. government in recent years, a similar unified document for the deep seabed would assist in coordinating efforts across economic, scientific, and military agencies and focusing attention on China’s ambitions and its challenge to American interests.

Additional intelligence, surveillance, and reconnaissance resources must be devoted to preventing unmonitored Chinese deep-sea surveying in U.S. territorial waters, exclusive economic zones (EEZs), or the waters or EEZs of the three Freely Associated States (FAS) for whose defense the U.S. is responsible. Allies like Japan and Australia can play important roles in monitoring Beijing’s activity in their backyards.

As China continues to expand its activities across numerous domains, and its economic and military aspirations became ever more intertwined, the U.S. and its partners must adapt and respond accordingly. The deep seabed, like the Arctic and Antarctic before it, will increasingly become an area of Great Power competition requiring Washington’s attention and a clear strategy for the preservation of U.S. interests.

Alex Gray is a Senior Fellow in National Security Affairs at the American Foreign Policy Council. Gray served as Director for Oceania & Indo-Pacific Security at the White House National Security Council (NSC) from 2018 to 2019. 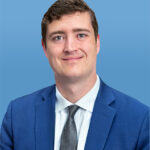 Alexander Gray joined AFPC as a Senior Fellow in National Security Affairs in February 2021. His work focuses on U.S. security and defense strategy in the Indo-Pacific; U.S.-China competition globally, particularly in the Pacific Islands and the Polar Regions; U.S. defense strategy and modernization for an era of Great Power competition; and the intersection of U.S. national and economic security. Mr. Gray most recently served as Deputy Assistant to the President and Chief of Staff of the National Security Council (NSC) at the White House, where he was responsible for the management of the National Security Advisor’s Front Office and the budget, security, and personnel functions of the NSC.