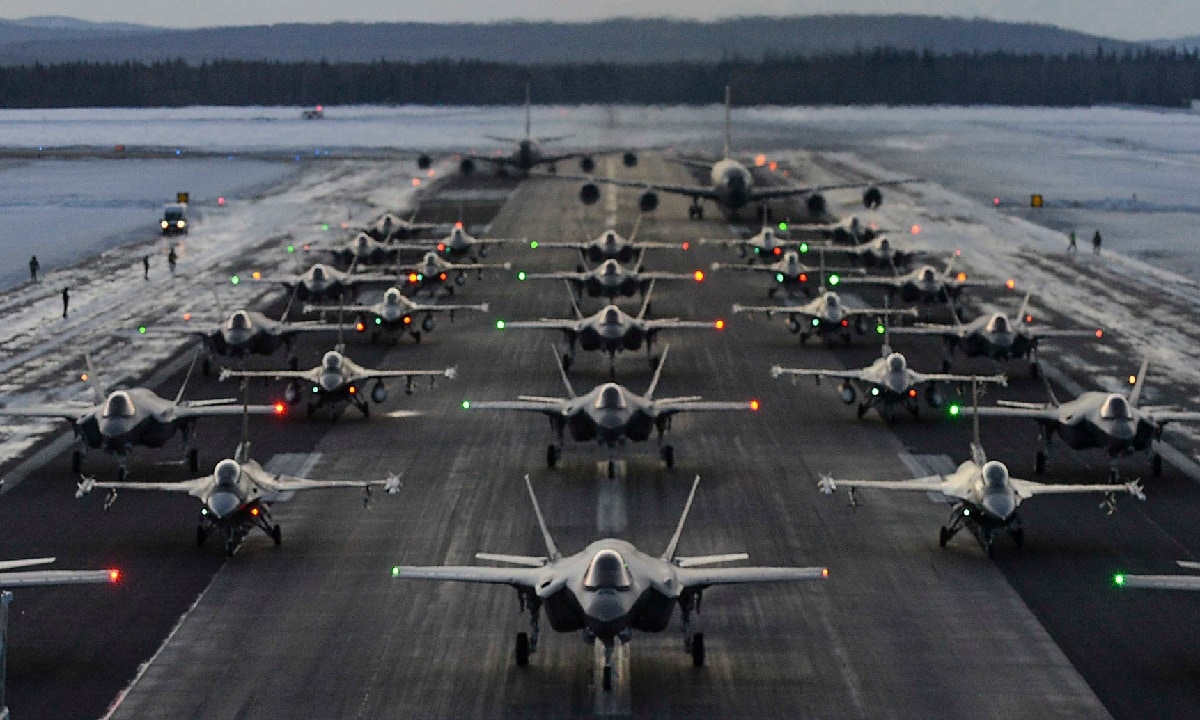 On Tuesday, the Swiss Federal Council announced that it had selected the Lockheed Martin F-35 Lightning II in its $6.5 billion New Fighter Aircraft competition, beating out offerings from Eurofighter, Dassault and Boeing. Over the course of the program, the Central European nation will spend upwards of six billion Swiss francs ($6.5 billion U.S.), to acquire thirty-six F-35A fighters – the convention take-off and landing variant of the Joint Strike Fighter – which will replace its aging F/A-18 Hornet fleet.

Why Did Switzerland Pick the F-35?

The aircraft’s survivability and situational awareness were reported to be a critical part of the Swiss Federal Council’s decision.

According to Lockheed Martin, Swiss industry already plays a role in building the F-35, as six suppliers currently provide components to the aircraft. Additionally, the American defense contractor said its selection will result in valuable offset opportunities and will also allow industry to benefit from the uplift in skills and technology that working on a high-tech program demands.

“We are honored to be selected by Switzerland and look forward to partnering with the Swiss government, public, air force and industry to deliver and sustain the F-35 aircraft,” said Bridget Lauderdale, Lockheed Martin’s vice president and general manager of the F-35 Program, via a release on Wednesday. “With the selection, Switzerland will become the 15th nation to join the F-35 program of record, joining several European nations in further strengthening global airpower and security.”

One of Lockheed Martin’s competitors in the Swiss New Fighter aircraft competition expressed disappointment on Wednesday. Boeing had touted the ease of transition from the existing to the Super Hornet as a selling point.

“We believe that the Boeing F/A-18 Block III Super Hornet is the right choice for Switzerland, as it would bring unmatched capability and lifecycle value to the Swiss Air Force, including our industrial partnerships and robust services offerings. We look forward to a full debrief to better understand the decision,” the company said.

“Actually the Swiss were unbiased,” explained John​ Venable, a senior research fellow for defense policy at The Heritage Foundation.

“They (Swizterland) weren’t influenced by the might of Boeing; and they don’t have some of the bias against Lockheed Martin that our Department of Defense does,” Venable explained. “We’ve seen that a lot of the arguments against the F-35 are really mixing apples and pears, especially when it comes to sustainment costs.”

Venable added that the acquisition costs of the F-35A are actually lower than many fourth-generation aircraft, and other factors needed to be considered.

“The cost for the Swiss government to replace its aging fleet of Hornets is not insignificant, but they looked at acquisition, sustainment and capabilities,” noted Venable. “And when you look at the factors considered everybody else was way below in the capabilities; but it isn’t just the capabilities that were considered. The F-35 is the full package.”