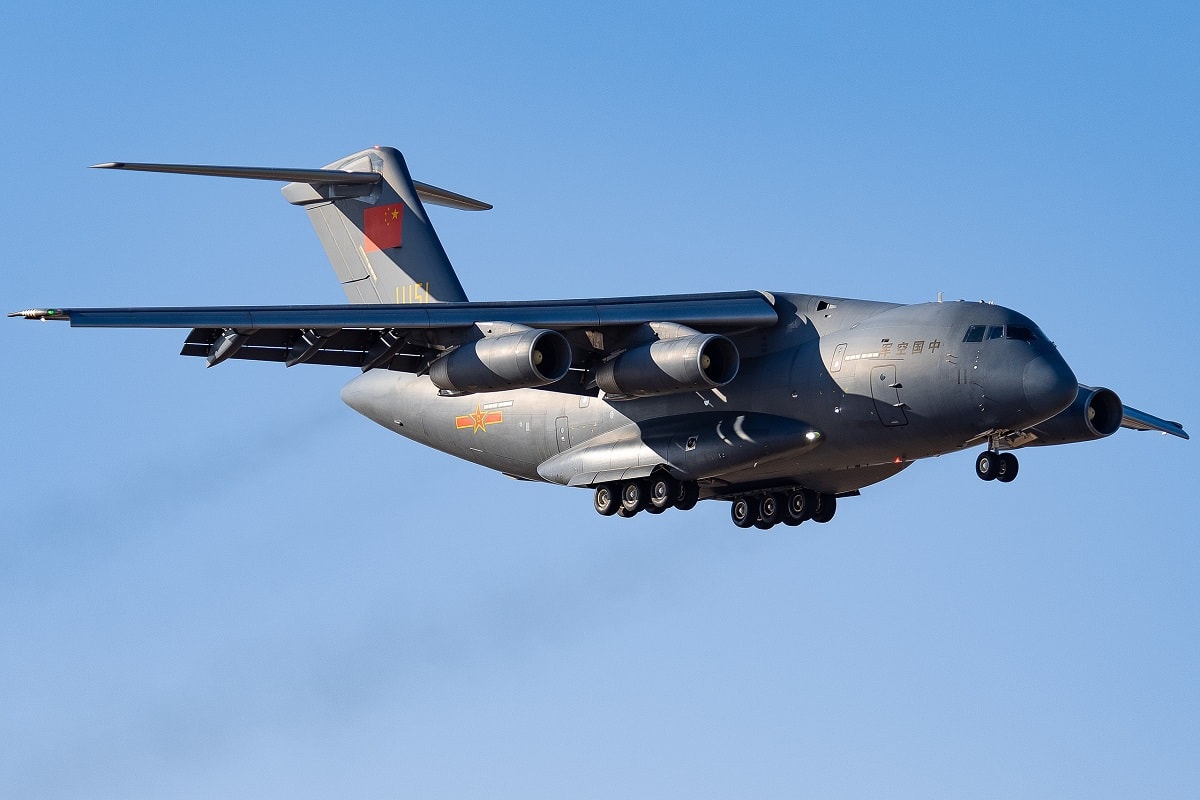 China’s rapidly growing military has added dizzying numbers of ships and aircraft, but the fastest-growing platform may be its airlifters, the heavy-duty planes designed to haul troops and supplies.

China now operates 11% of the strategic airlifters in service but is set to reach 18% by the end of the 2020s, making it the fastest-growing fleet in the world, according to Aviation Week.

Like other Chinese military hardware, the airlift fleet is based on Soviet-era designs. Since the 1990s, Beijing has used a small number of Il-76s and variants for transport and other missions.

Given that China is now the world’s second-largest military, “it’s probably overdue, frankly, if you’re a Chinese leader, to start building up this fleet,” Heath told Insider.

China’s first domestically developed heavy airlifter is the Y-20, work on which began in the mid-2000s. The Y-20 took its first flight in 2013 and entered service in 2016. The exact number in service isn’t known, but it’s believed to be less than 20.

The Y-20 is roughly 150 feet long and 50 feet tall with a 160-foot wingspan and a range just shy of 5,000 miles. It’s officially codenamed Kunpeng, the name of a bird in Chinese mythology that flew thousands of miles, but is also called “Chubby Girl” because of its bulky fuselage.

Y-20s are intended to support airborne command-and-control, logistics and airdrops, aerial refueling, strategic reconnaissance, as well as humanitarian assistance and disaster relief, according to the Pentagon’s most recent report on the Chinese military.

China only has one overseas base, in Djibouti, but its interests around the world are growing. Large transports give China’s People’s Liberation Army options “to respond to some crisis across a broad geographic range quickly” with operations ranging from troop transport to non-combat evacuations, Heath said.

“A lot of these missions are important for building influence,” Heath added. “It will definitely help the PLA become more of a globally present military.”

Y-20s are also going through “geographic familiarization,” flying in western China, near the disputed border with India, to test how they handle cold, mountainous environments and high altitudes, and in the maritime environment of the South China Sea, Heath said.

A Y-20 was seen on a runway on Fiery Cross Reef in December in what was reportedly the aircraft’s first flight to the Spratly Islands.

The Y-20’s missions are set to expand. Beijing has emphasized paratrooper operations, and it could replace older Y-8 and Y-9 aircraft doing special missions like airborne control and intelligence-gathering, Heath said. Aerial refueling may be the most significant addition, extending the reach and duration of Chinese combat operations.

China currently has some 25 aircraft — modified bombers and Il-78s — that do air-to-air refueling, but the Y-20U tanker is set to replace them.

Chinese analysts acknowledge that the Y-20U is not on par with Western tankers but say it is “key equipment to cope with our military’s extremely urgent need for long-range combat capability.”

Like other Chinese aircraft, engines are a shortcoming for the Y-20. It has been equipped with Soviet-designed engines but is reportedly being tested with a newer, domestically designed engine that would give it more lift and a longer range, enabling it to carry payloads up to 150,000 pounds.

Reports indicate the Soviet-designed engines “are not terribly reliable and generally underperform” current Western and Russian engines, Heath said. “So these planes are a step forward for the Chinese, but they are still quite a ways away from really being premier aircraft.”

The pace of work on and range of missions envisioned for China’s airlifters reflect Beijing’s broader military ambitions, surpassing the Russians on whom China has relied for supplies and know-how.

“I think the Chinese are interested in going in directions the Russians never really went too far in — for example, long-distance deployment of troops by aircraft,” Heath said. “They’ve got the resources that the Russians simply don’t have anymore, so in many ways they are building on the Russians but now starting to exceed a lot of what the Russians taught them.”