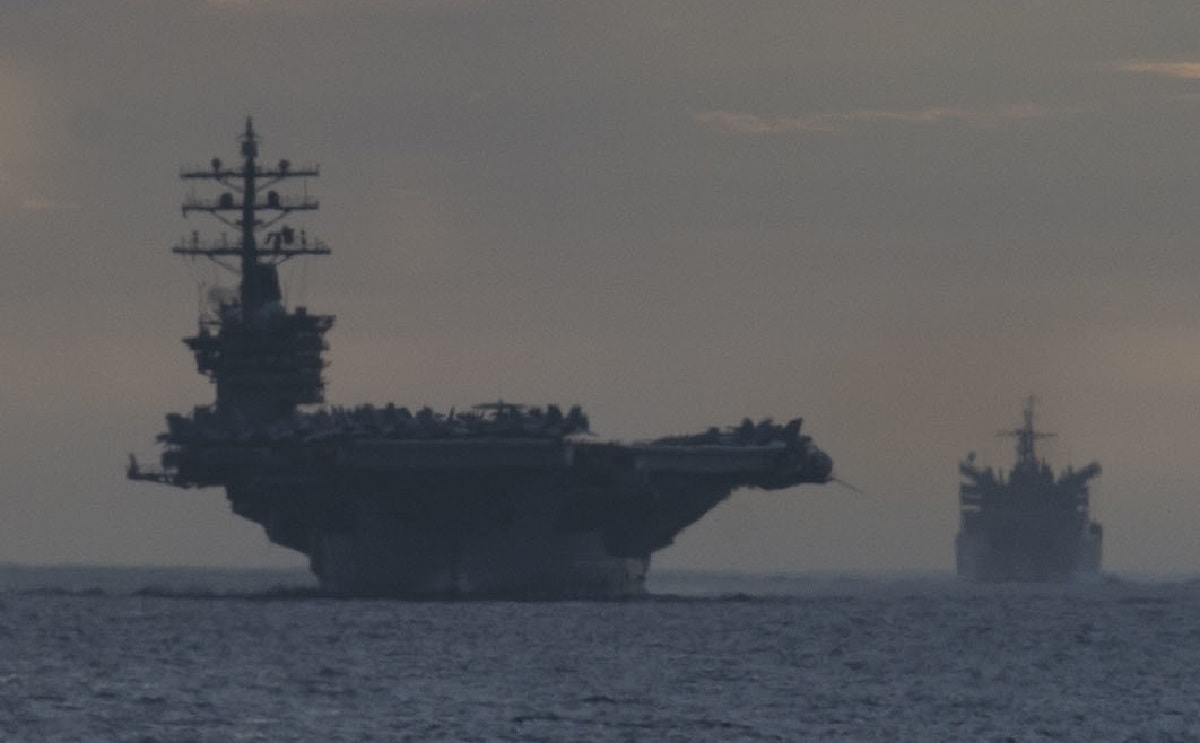 During Desert Shield and Desert Storm my skipper took delight in regaling ship riders with the wonders of battleships, ours in particular. This old sea-dog had a standard talking point to the effect that “we got to the Gulf fast—and we’re going to stay here!” We dissolute youth mocked the Old Man for his banal words at the time, but over the years I’ve come to realize there was sublime wisdom in them. If you want to control something you have to be there to control it. Showing up intermittently and going away will not cut it if your opponent is there, in force, all the time, to impose its will.

That’s the basic point I want to get across today. Judging by what I’ve heard from eavesdropping on you the past couple of days, I am preaching to the choir here. But it’s worth repeating. It is incumbent on all of us to champion that basic yet profound idea with senior leaders to assure it’s put into practice in gray-zone competition.

History amply demonstrates this simple truth. Think about the Peloponnesian War. Both Athens and Sparta started off that system-shattering war with strategies aimed at hitting the foe intermittently. Spartan armies invaded Attica, the province around Athens, on an annual basis; ravaged the countryside; and then went home. The Athenian navy raided Spartan coastlines, striking and then moving on. Both strategies proved indecisive. The contenders belatedly realized that come-and-go strategies would not bring victory, so they both built standing, fortified outposts at strategically placed sites—Athens at Pylos, along the coast in Sparta’s backyard, and Sparta at Decelea, where its infantry could hamper the movement of vital Athenian resources and degrade the economic and material foundations of the Athenian war effort. Through such measures the combatants were able to apply constant, relentless military pressure on each other.

This is a wartime example from antiquity that illuminates the dynamics in the gray zone today. The Old Man was right: you have to be there.

The masters of strategy would agree. Admiral J. C. Wylie, to name one, might make an operational and strategic point if we could conjure him up from beyond the grave. In his book Military Strategy, Wylie maintains that “the ultimate determinant in war is the man on the scene with the gun. This man is the final power in war. He is control. He determines who wins.”

Wylie goes on: “if the strategist is forced to strive for final and ultimate control, he must establish, or must present as an inevitable prospect, a man on the scene with a gun. This is the soldier.” The soldier must actually be on the scene to take control, or “he must be potentially available, and clearly seen as potentially available, for use as the ultimate arbiter” (my italics).

This applies not just to soldiers bestriding dry ground, and not just to wartime. It applies to peacetime strategic competition in the maritime domain as well. You have to be there to control something. Or you have to leave no doubt in the minds of important audiences—the antagonist, as well as your allies and partners—that you will inevitably show up to take control of that something should the antagonist buck your will.

This is not easy. China is always on the scene in the South China Sea, and it backs its coast guard and maritime militia with lavish firepower from the regular military. Our Southeast Asian partners are woefully outgunned. If we’re not there to compete with China, we risk surrendering this critical real estate to China, and freedom of the sea along with it.

So peacetime competition happens not by fighting to a verdict of arms, but in the minds of audiences able to make a difference in the outcome. Since battle by definition doesn’t happen in peacetime, whoever most observers think would win in wartime “wins” a peacetime confrontation. We are literally in a war for perceptions. This is a point Edward Luttwak of the Center for Strategic and International Studies makes in his book The Political Uses of Sea Power. He calls the process of using military implements to sway observers “naval suasion” or “armed suasion.”

If U.S. naval leaders approach fleet movements from this vantage point, they will regard deployments as political implements designed to cast what Luttwak calls a “shadow” across the opponent’s decision calculus. The opponent must factor what we might do with our fleet into every decision it makes. If hostile leaders see us on the scene all the time, or if they are utterly convinced we would inevitably show up on the scene brandishing enough combat power to win a fight, they should be deterred.

Luttwak notes that in its 19th-century heyday, the Royal Navy mastered the art of turning token shows of naval force to maximum political effect. Even a single, symbolic frigate might have the desired political effect on a foreign target audience—but again, only if that target audience knew full well that a dominant British fleet would show up to impose London’s will by force if needed.

The Royal Navy left no doubt.

But let’s not kid ourselves. It’s an open question whether China and other Asian audiences repose enough confidence in U.S. maritime might for us to get by with a token or virtual presence. I seriously doubt it. In fact, Beijing has geared its entire anti-access strategy to making sure the U.S. military can’t arrive on the scene with big guns in time to impose Washington’s will. As the old saying goes, virtual presence is actual absence. You have to be there to face down an opponent, reassure an ally, and control what matters to you.

There’s a reciprocal point about naval suasion that Luttwak doesn’t make, but it makes perfect sense to me. Just as we use fleet movements, exercises, and so forth to cast a deterrent shadow across councils in hostile capitals—the deeper and darker the better—we can use those deployments to shine an encouraging ray of sunlight on allies, friends, and partners, and those we would like to recruit to our team. We can give them heart by persuading them we have the combat prowess and the resolve to keep our commitments to them, and to prevail should a dispute escalate into a trial of arms. If they have confidence in us, our alliances will endure. This too is central to peacetime strategic competition at sea.

So what’s the upshot of all these ideas from history, and from the greats of maritime strategy? The main takeaway is that we need to quit coming and going and start going and staying if we hope to succeed in the gray zone. Freedom-of-navigation operations make an important legal statement that we reject maritime claims that go beyond what the law of the sea permits, as China’s do, and as the Permanent Court of Arbitration confirmed five years ago. They are worth doing and must continue. But FONOPs are not a deterrent in any serious way. All they do is show that our ships can show up, drive through a contested waterway, and go away. Big deal. FONOPs cast a minimal shadow over Beijing while reassuring few of our regional partners that we will be there for them. 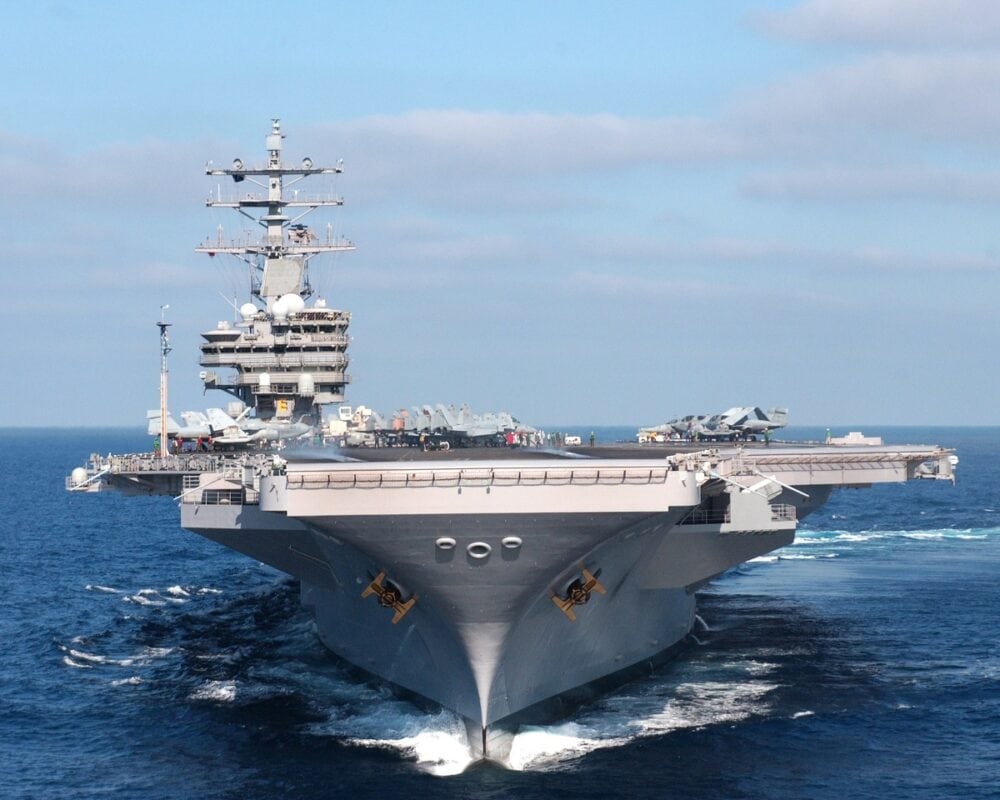 Wylie and Luttwak would disapprove.

Occasional carrier-strike-group or surface-action-group operations are better—at least these are serious battle forces—but such operations are sporadic and don’t last long when they do happen. Now, if you based a carrier strike group or some other hard-hitting formation in the South China Sea or Australia, close to likely scenes of action, that might cast Luttwak’s shadow or sunbeam on audiences we want to influence. A standing presence would be a testament in steel to American power and resolve either to be on the scene with potent firepower or to get there quickly and stay. Beijing could not overlook such a presence.

This all sounds banal, as banal-seeming talking points did to me back then. But as Carl von Clausewitz observes, everything in strategy is simple, but accomplishing the simplest thing is difficult. Which is the challenge before us: to figure out how to use technology, tactics, and procedures to help exert control of key seaways, cow a powerful, resolute challenger, and gladden the hearts of friends and allies.

James Holmes is J. C. Wylie Chair of Maritime Strategy at the Naval War College. This is adapted from his remarks to the Naval Surface Warfare Center, Indian Head, MD, on July 27, 2021. The views voiced here are his alone.

In this article:China, featured, Gray Zone, Military, Navy, US Navy