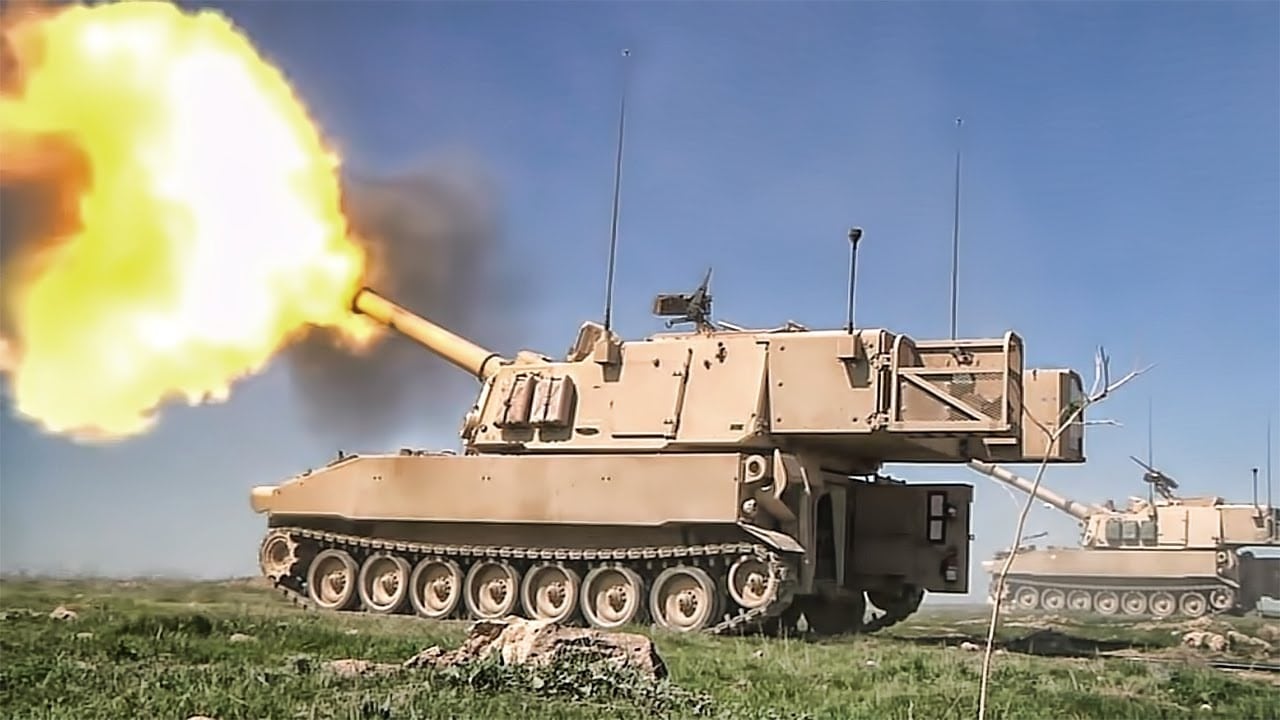 There are a lot of things in war movies that seem unlikely, yet really happened.

Case in point: In the 1998 World War II epic Saving Private Ryan, Private Daniel Jackson, played by Barry Pepper, kills an enemy sniper by shooting through the German soldier’s scope – a seemingly impossible shot. However, it was actually accomplished during the Vietnam War by real-life Marine sniper Carlos Hathcock, who saw a glint of light in the bushes and made the impressive kill of an enemy sniper.

Another dubious movie moment occurred in the 1986 film Heartbreak Ridge, which was directed by and starred Clint Eastwood, and involved soldiers calling in an artillery strike over a phone and paying for the call with a credit card. The final act of the film centers on 1983’s Operation Urgent Fury, the U.S. military invasion of Grenada, and it is a paint-by-the-numbers gung ho popcorn action sequence in every sense of the word.

Heartbreak Ridge takes numerous liberties with the facts – such as that it was U.S. Army Rangers, not Marines, who secured the University medical school. The depiction of Camp Lejeune, North Carolina was not exactly accurate as there are no mountains and the sun couldn’t set into the ocean with it being on the east coast. Then there is the aforementioned scene where Lieutenant Ring is forced to use a telephone to call in the artillery strike.

The backstory was actually quite accurate, however. The U.S. military was well equipped, and the force that took part in the invasion of the Caribbean island nation included the 1st and 2nd Ranger Battalions, the 82nd Airborne, Delta Force, U.S. Marines, and U.S. Navy SEALs. There were issues, however, one of which was the lack of interoperability among the various units, while another problem quickly emerged in that the CIA provided no intelligence.

The lack of communications and intelligence became such a problem that when some units came under fire they were unable to call in support. The scene in the movie certainly dramatizes such an event and intensifies the action where a telephone needed to be rewired while the unit was under fire, after which Camp Lejeune’s main number was called with the soldiers paying for the call with a credit card.

What is a fact is that such a call using an individual’s plastic did actually occur. As Business Insider reported, the devil is in the details.

According to the U.S. Navy SEALs Museum, the call was made by a group of SEALs who were in the Governor’s mansion. The unit called Fort Bragg for support from an AC-130 gunship overhead, which reportedly stayed in position until the SEALs were relieved by a force of Recon Marines. Other reports suggested that the calls also resulted in fire support from nearby ships. Still another story says that a U.S. Army paratrooper – likely from the 82nd Airborne – used a payphone to call his wife, who in turn requested air support.

Former Vice President Dick Cheney, who had visited the island as a congressman after the invasion, also shared the details in his 2011 Memoir, In My Time: A Personal and Political Memoir. He wrote, “An army officer who had needed artillery support … could look out to sea and see naval vessels on the horizon, but he had no way to talk to them. So he used his personal credit card in a payphone, placed a call to Fort Bragg, asked Bragg to contact the Pentagon, had the Pentagon contact the Navy, who in turn told the commander off the coast to get this poor guy some artillery support. Clearly a new system was needed.”

What is absolutely certain is that the story, which seemed too good to be true, inspired screenwriter and Vietnam veteran James Carabotasos to include it in his script for Eastwood’s film. It gave new meaning to the concept of phoning in support.

In this article:Heartbreak Ridge, Military, US Army, US Marines, US Military