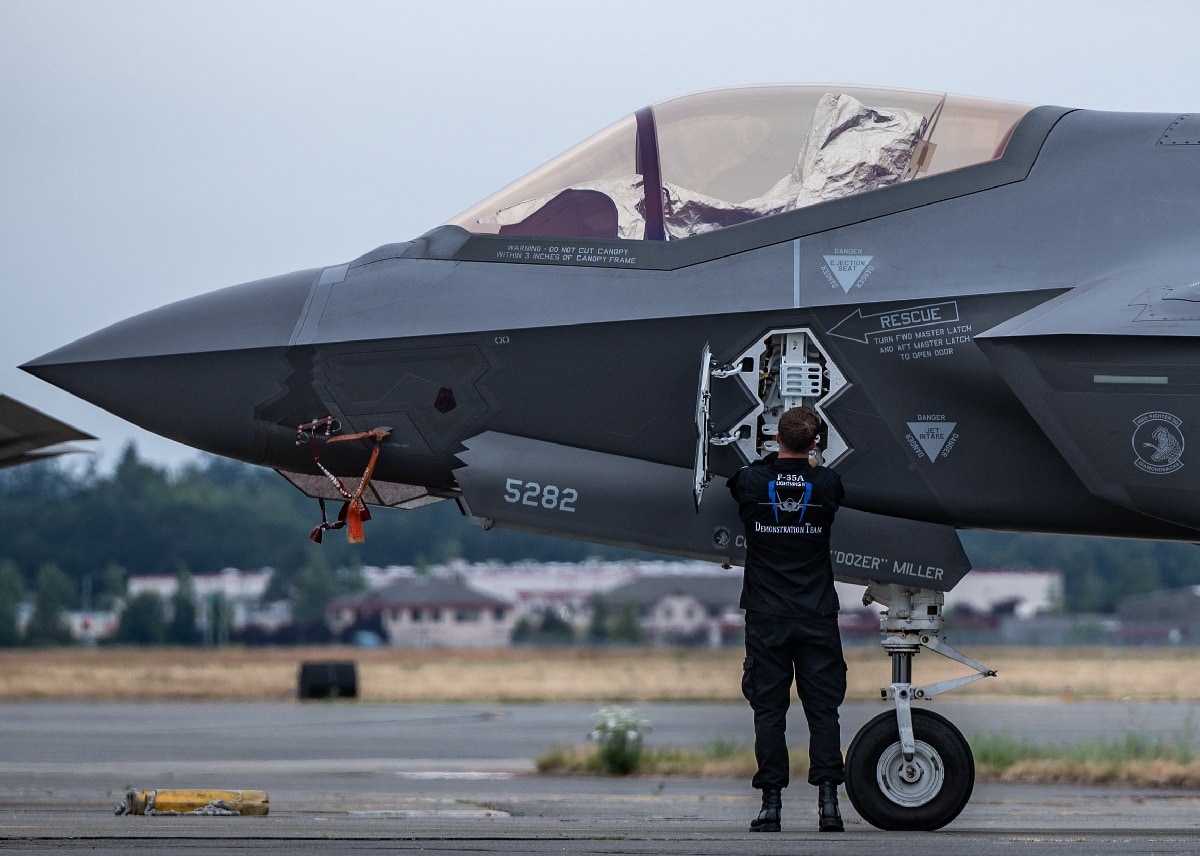 Military bases help generate combat power, and they are falling apart. Deteriorating facilities are contributing to maintenance delays and limiting the operational availability of ships, aircraft and vehicles across the armed forces.

While the U.S. Senate voted down an effort to update numerous military facilities and infrastructure, the problems are not going away.

Take the Air Force as an example. Airbases are confronting a $30 billion backlog for repair, even as these same facilities are a “determining factor in the success of air operations. The two-legged stool of men and planes would topple over without this equally important third leg,” said General Henry “Hap” Arnold in 1941.

The service’s hefty pricetag in deferred maintenance and recapitalization will triple in the next 30 years. This trajectory essentially guarantees “readiness and lethality risks due to continued and increasingly rapid degradation of infrastructure.”

Just over two years ago, Air Force leaders admitted infrastructure had repeatedly been short-changed and was the favorite piggy bank to raid when other priorities popped up. The problem, they wrote, was “Air Force decisions to take risk in infrastructure over the past two decades have eroded its power projection platforms and, left unchecked, will ultimately disrupt combat readiness and lethality.”

The Navy is not faring any better when it comes to deferred maintenance and repair of shipyards and infrastructure. Many naval facilities have “degraded significantly from reduced investments” during the past decade—to the point where some are not worth saving. The Navy’s drydocks are on average over 100 years old and have been “neglected for too long,” the Chief of Naval Operations said recently.

Not only are they old, they are in short supply—causing maintenance delays that ripple through the fleet. The Navy’s four public shipyards have reported this unacceptable situation in the face of China’s sprawling Navy and shipbuilding capacity. Dreams of a bigger Navy cannot be achieved without corresponding increases in resources and capacity to service the larger fleet as rightfully noted by Jerry Hendrix.

At Naval Air Station Oceana in Virginia, a safety commission “entered a hangar by passing under steel letters that were falling off the wall above the hanger’s doors. Broken doors forced Sailors to use aircraft tugs to pull the massive doors open and closed, one time accidently hitting an F/A-18 [Super Hornet] and causing substantial damage.” Those same commissioners “stepped around buckled drain gratings marked in yellow as a warning to keep aircraft away. The fire suppression system was inoperable, and only two of eight bays had working power for aircraft maintenance.”

Unfortunately, Congress left military facilities out of its bipartisan $1 trillion infrastructure bill. The proposal led by Senator Richard Shelby (R-AL) aimed to provide long-overdue relief to chronically underfunded shipyards, depots, test ranges, and more. Military infrastructure has been neglected for decades. The defense infrastructure deficit stands at $135 billion today, driven by decades of underinvestment and missteps such as diverting $8 billion in facilities sustainment and military construction funds to build the southern border wall.

This chronic malnourishment of defense infrastructure has consequences. It is a challenge for depots and yards to maintain complex, modern weapon systems inside facilities that were designed for less complex equipment. According to Hendrix, only one of the Navy’s drydocks is big enough to hold the new Ford-class aircraft carrier. Even worse, he writes, “more than 50 ships need to be retired in the next few years, largely because the Navy has been unable to maintain them sufficiently over the past two decades.”

Poor facilities, suboptimal layouts of old buildings and bases, and a lack of equipment on hand delay maintenance. This, in turn, limits the operational availability through reduced mission-capable rates of ships, planes and vehicles. But there remains more demand than capacity across the military. Back at NAS Oceana, when only two of eight hanger bays can be used to power an aircraft during maintenance, “maintainers must spend hours moving aircraft from one bay to the next. A Marine aircraft wing commander estimated his maintainers put in 1,000 miles of towing per year, “and we tell them not to have a tow accident.’”

Congress will eventually have to pay the growing tab when it comes to ancient military facilities and infrastructure. Commanders are already feeling the consequences with not enough supply to meet global needs. Not including defense facilities in the bipartisan $1 trillion infrastructure bill was a major missed opportunity. The backlog will only grow and get more expensive the longer Congress waits to act.

A new 1945 Contributing Editor, Mackenzie Eaglen is a senior fellow at the American Enterprise Institute (AEI), where she works on defense strategy, defense budgets, and military readiness. She is also a regular guest lecturer at universities, a member of the board of advisers of the Alexander Hamilton Society, and a member of the steering committee of the Leadership Council for Women in National Security.