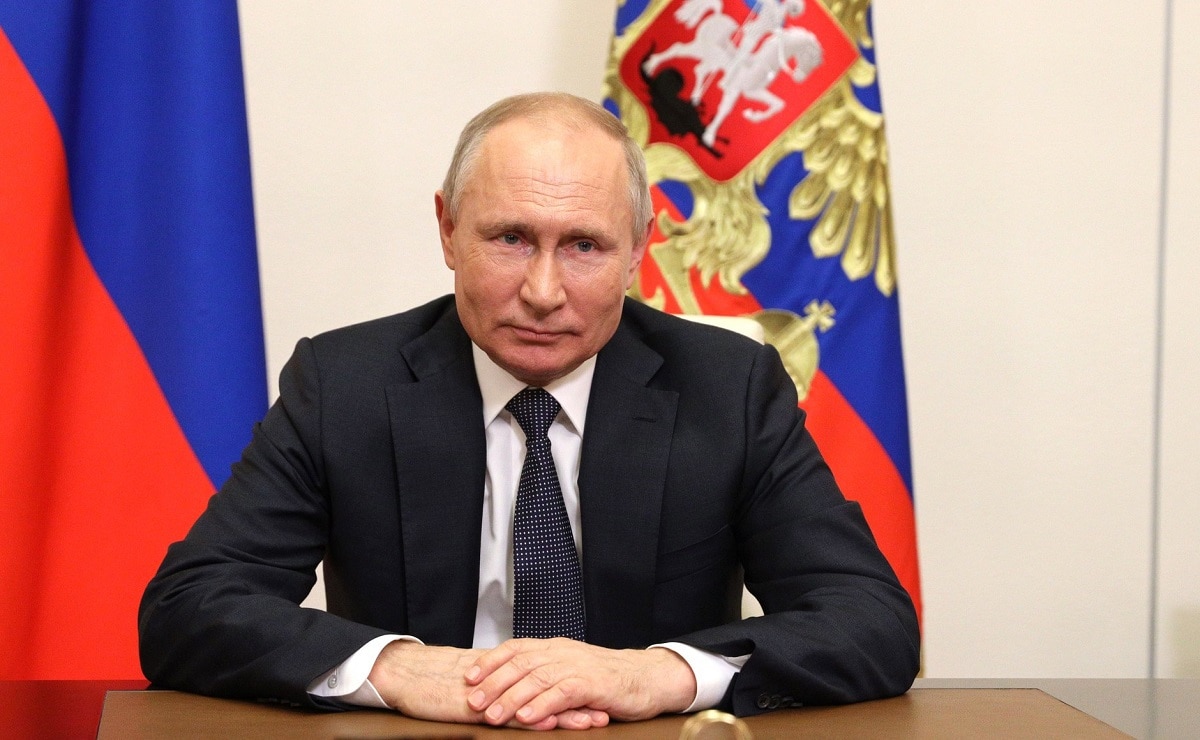 The desperation captured by images of Afghans falling to their deaths from US aircraft departing Kabul is reminiscent of citizens leaping from the World Trade Center on September 11, 2001. With the Taliban’s rapid capture of Afghanistan after the US withdrawal, these images bookend America’s longest – and now definitively lost – war.

While much energy will be devoted to post-mortem analyses, exploring how the withdrawal signifies vulnerabilities in the Biden administration’s desired shift towards great power competition is vital. Most directly, pulling out a sustainable US presence from Afghanistan has risked a resurgence of al-Qaeda, potentially complicating further re-allocation of resources to Asia. Moreover, the withdrawal’s tumultuous execution exacerbates questions of US commitments to its partners and allies despite Washington’s insistence that this network is its most significant advantage over China and Russia. Most importantly, though, the withdrawal portends a concerning bipartisan skepticism of foreign policy challenges that cannot be “won” – a significant vulnerability in an era that looks to be characterized by the long-term management of complex international relations.

Terrorists Will Get a Say Too

Competition with China or Russia individually is daunting; simultaneously, a generational challenge; in addition to pre-9/11 levels of terrorist activity, strategically overwhelming. The greatest risk of the withdrawal to Washington’s focus on great power competition is whether Afghanistan again becomes a haven for al-Qaeda. Thus, Washington should not interpret the National Defense Strategy as a justification for disengaging with the counterterrorism mission. Instead, it should see the disruption of terrorist networks as a necessary foundation for its shift towards great power competition. China’s islands in the South China Sea and Russian forces in Ukraine will seem tame to the US public should another 9/11 happen.

Al-Qaeda could resurge in Afghanistan much quicker than anticipated. Pre-withdrawal intelligence assessments that this could occur in two years are now undoubtedly optimistic. The Taliban and al-Qaeda will be emboldened, with little fear of a US return since a redeployment of ground troops would be politically unlikely for the current administration. Moreover, President Biden’s belief that “over-the-horizon” counterterrorism missions can blunt a resurgence of al-Qaeda is dubious, given difficulties in gathering intelligence and conducting strikes without ground forces. Lifting military pressure lends al-Qaeda time and space to plot more sophisticated methods to produce future “failures of imagination.”

Should al-Qaeda regain the capability to carry out catastrophic attacks on the US homeland, Washington’s hand will be forced. The United States would have to fight back into Afghanistan to beat back al-Qaeda and their Taliban hosts. This effort would prove even more difficult than 2001, given the Taliban’s capture of northern cities that were previously vital centers of resistance. Returning to pre-withdrawal conditions would require a force level multiple times greater than the 2,500 that remained at the beginning of the Biden administration. The only thing harder than competing with China and Russia is competing while responding to terrorist attacks.

What makes the withdrawal perplexing is that Washington had settled on an Afghanistan strategy that, while not victorious, was preventing the worst outcomes. Moreover, this strategy did not significantly diminish the ability to turn attention towards China and Russia. Since 2015, small numbers of US forces working by, with, and through partners prevented the Taliban from marching through Kabul while maintaining the resources to improve readiness and modernization for high-end warfare.

To be sure, President Biden’s statement that he faced withdrawing or “sending thousands more American troops back into combat” is true. Once the Taliban restarted attacks on US forces had President Biden abrogated the Trump deal, 2,500 troops would have been insufficient. The problem is that the phrase “sending thousands” is as murky as “end the forever wars.” Does that mean 1,000? 5,000? 50,000? Surely, a 2011-level commitment of 100,000 US forces would detract from great power competition. However, the administration could have calculated a moderate force to disrupt terrorist activity without overburdening efforts to address China and Russia.

Is America Really Back?

Promising that “America is back,” President Biden sought to rebuild trust and commitment with the international community after the Trump years. This recommitment was necessary, given that Washington’s international friends are its most significant strategic asset in great power competition. But if pictures are worth a thousand words, then the images of Afghan civilians clinging to departing US aircraft are quite damaging, and the withdrawal undercuts Washington’s network of partners and allies.

The withdrawal contributes to narratives that isolationism has infected both American political parties, making Washington unreliable. President Biden appeared unappreciative of the contributions and plight of Afghans. Stating that the Afghan military did not have the will to fight disregarded the nearly 70,000 Afghan soldiers who have died since 2001 and underplayed how the Trump administration’s deal with the Taliban and the Biden administration’s pulling out US advisors sapped morale and combat capability. Likewise, the withdrawal threatens to leave behind thousands of Afghans who assisted US efforts and now risk unknown horrors at the hands of the Taliban.

When the United States approaches a potential partner, especially one that does not feel high on Washington’s list of priorities, will they not remember this abandonment and question US commitments? Perhaps they will choose to hedge between the United States and China or Russia, fearing limited support in the face of political, economic, or military coercion from Beijing or Moscow. Thus, the withdrawal may erode Washington’s network of allies and partners.

Indeed, some have overstated how much the withdrawal indicates a decline of Washington’s foreign commitments. Take the hyperbolic declaration that “if Russia were to move into the Baltics or Poland tomorrow, the White House would be AWOL.” Washington’s decision to withdraw does not indicate that it would fail to defend first-order interests in Taiwan or NATO in conflicts that could fundamentally upend the international order. It is unlikely that Beijing or Moscow read the US withdrawal as a sign of such weakness that they are more inclined to invade Taiwan or the Baltics.

However, the withdrawal presents Russia and China with a prime opportunity to exploit existing uncertainty among current or potential US partners who feel unsure about where they rank among Washington’s priorities. China and Russia have begun weaponizing these narratives to target US relations in Eastern Europe and Taiwan. For example, China’s Global Times has declared the withdrawal a “heavy blow to the credibility and reliability of the US” in a warning to Taiwan. Russian information operations will target Kyiv to exacerbate fears of President Biden’s calculation that American support cannot continue endlessly. Even if these narratives are not objectively based, Washington should not underestimate the power of disinformation to capitalize on fear and overcome rational thinking.

Much of the commentary on the war in Afghanistan is that it was lost long ago, with the American public losing interest in an unwinnable quagmire. However, winning in Afghanistan was unlikely to mean a total Taliban defeat and building a democratic government. Instead, winning was the prevention of another 9/11. This win is, admittedly, unsatisfying since a “mission accomplished” celebration was unlikely.

If declaring victory is necessary for the American public and policymakers to stay committed to a foreign policy challenge, the United States may struggle in great power competition. This era is likely to be characterized by long-term management of complex problems rather than victory over them. In the likeliest scenario, the United States faces decades of competition with China and Russia. Emerging challenges like cyber, disinformation, and space are unlikely to be solved but in constant flux by pushing boundaries and establishing rough norms. Even if a Cold War 2.0 emerges between China and the United States, their unprecedented economic interconnection makes anything akin to the collapse of the Soviet Union unlikely. Winning may mean prevention of escalation from competition to conflict.

Of course, Washington should always seek to “win” in international affairs. China and Russia certainly do. Nevertheless, striving for victory in great power competition is different from expecting it. Expectation leads to unrealistic standards for success and exaggerated assessments of US decline if it is not sufficiently “winning” competition. The American people and policymakers must be clear-eyed about the magnitude of the challenge and realistic about the end states of great power competition. This requires that policymakers communicate truthfully to the public about the expectations of American policy, and more importantly, the long-term effort and commitment required on behalf of all of society to achieve these goals. Failure to do so contributed to American skepticism of the Afghan war, but the consequences for US disengagement will be more costly in great power competition.

The US withdrawal from Afghanistan risks a return of al-Qaeda and has undercut American prestige based on the idea that victory was impossible. These warning signs indicate that the Biden administration must better match its competition rhetoric with its strategic choices. Afghanistan may seem a twenty-year-old debacle best left to the past, but the impacts of America’s longest war may shine through the era of strategic competition.