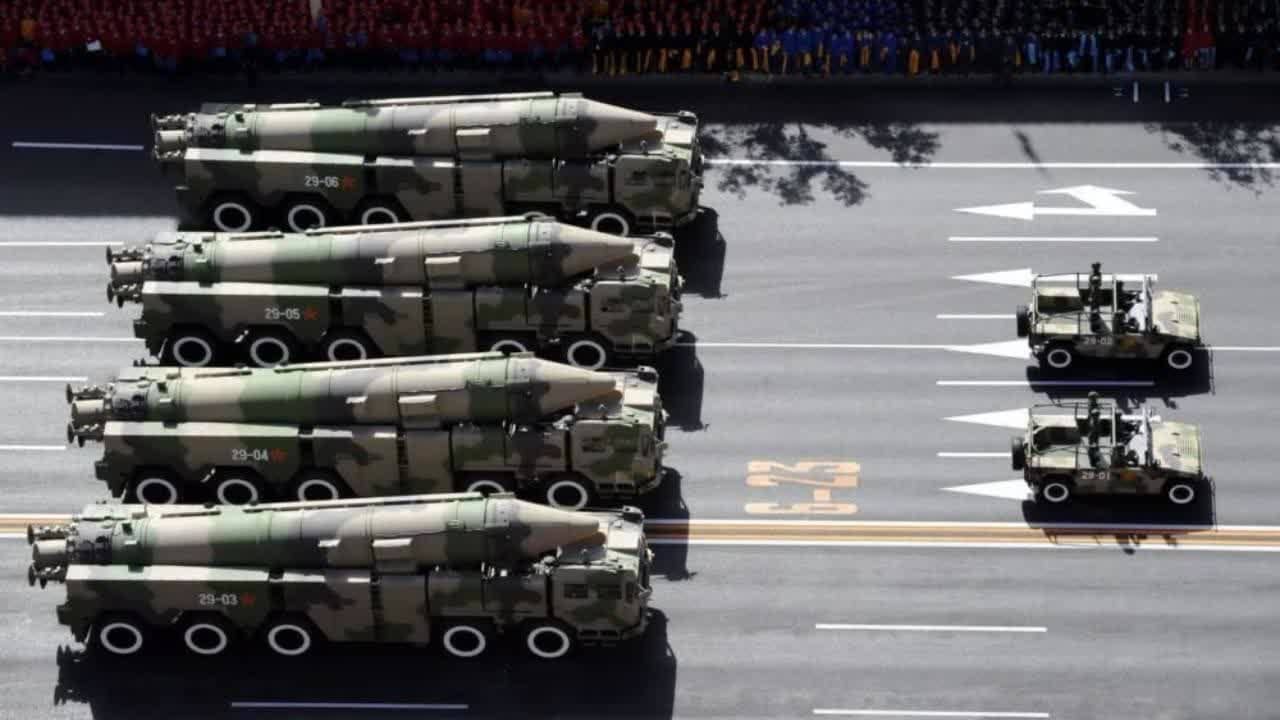 The arms control community has been gripped by the discovery that China appears to be building hundreds of new missile silos. The development raises the prospect that China may be breaking out of its traditional ‘minimum deterrent’ capability. And it raises the question of whether China is edging away from a ‘no first use’ nuclear posture.

It’s important to understand exactly what is happening and consider the broader context of China’s nuclear force development. The discovery by researchers at the James Martin Center for Nonproliferation Studies in California that 119 missile silos were being built in the desert near the city of Yumen in the Gansu region suggested a rapid expansion of China’s nuclear weapons capabilities. A second field of 120 silos under construction was discovered near the city of Hami, 380 kilometres northwest of the Yumen field. The two silo fields closely match those established in a People’s Liberation Army Rocket Force training area in Jilantai in Inner Mongolia. The discovery of a third potential site was revealed last week by the US Air Force’s China Aerospace Studies Institute. The new location is near Hanggin Banner, also in Inner Mongolia.

Together, the three fields of new silos, once finished, will represent a truly unprecedented potential expansion of China’s nuclear forces, if each silo holds an intercontinental ballistic missile, or ICBM.

China’s nuclear modernization program for ICBMs is focused on the DF-41, which will replace the PLA’s aging DF-4 and DF-5A missiles. The DF-41 is a road-mobile, solid-fuelled ICBM that can carry several nuclear warheads as multiple independent re-entry vehicles (MIRVs). But analysis last year suggested that a silo-launched mode is available for the DF-41.

Deploying the road-mobile DF-41 in silos in Yumen, Hami, and Hanggin Banner, and expanding the DF-41 ICBM force significantly in the process, would achieve several objectives. An expanded force of silo-based weapons would demand that Washington consider the prospect of a devastating second strike in retaliation for any US precision strike—even if the US used non-nuclear weapons—on Chinese nuclear forces, such as mobile missile launchers on transporter erector launchers, or TEL, vehicles.

Certainly, the US could try to take out the silos, but it seems unlikely that precision conventional weapons would be assured of success, and a nuclear first strike would guarantee a Chinese response. So, with no easy way for the US to defeat the silo-based weapons and the high risk of massive Chinese retaliation in the face of any US strike on the mainland, China’s ability to deter such a strike in the first place would increase.

This would give the Chinese government greater freedom to act below the nuclear threshold, wielding its non-nuclear sword, while being more effectively defended by an expanded nuclear shield. Sea-based deterrent forces on the PLA Navy’s Jin-class ballistic missile submarines (and eventually on the quieter Type 096), as well as the emerging PLA Air Force strategic leg of a nuclear triad, will add to this mix.

It’s possible that China won’t deploy a DF-41 in every silo, emulating an old US idea of a shell game that was suggested for its Peacekeeper ICBM in the 1980s. That concept involved moving a small number of missiles between silos to complicate adversary targeting.

In expanding its nuclear forces, China may also move towards a ‘launch on warning’ posture. That, in turn, would demand more effective missile early warning capabilities and a more effective and survivable nuclear command-and-control system. Russia is assisting China in establishing a space-based missile early warning system that would be crucial in ensuring a survivable nuclear deterrent, especially for silo-based ICBMs. Russia is also contributing to the Chinese development of a ballistic missile defense system. These projects have raised concern about the risk of inadvertent escalation if China deployed dual-role intermediate-range missiles such as the DF-26.

Hans Kristensen of the Federation of American Scientists estimated China’s total nuclear arsenal in 2020 at 320 warheads, which included ICBMs of the PLA Rocket Force, submarine-launched ballistic missiles and the emerging PLA Air Force strategic capability. The US Defense Intelligence Agency suggested in 2019 that China ‘is likely to at least double the size of its nuclear stockpile’ over the next decade. In April, US Strategic Command went further, stating that ‘China is well ahead of the pace necessary to double their nuclear stockpile by the end of the decade’. The construction of large numbers of ICBM silos would align with predictions that China’s nuclear forces will expand, at a minimum, to twice the current size. But much will also depend on the amount of fissile material China has access to.

According to the International Panel on Fissile Materials, as of April, China had approximately 14 tons of weapons-grade highly enriched uranium and approximately 2.9 tons of military-grade plutonium. The International Atomic Energy Agency notes that about 8 kilograms of plutonium is required for a nuclear weapon, while the critical mass of uranium required for a nuclear weapon is 15 kilograms. Taking into account estimates of 200 deployed warheads and up to 320 in total, which together would consume a portion of China’s stockpiles of weapons-grade uranium and plutonium, China would have sufficient fissile material for about 730 nuclear warheads without having to build new enrichment or reprocessing facilities.

The key question to ask is why Beijing is choosing to do this now. Replacing older delivery systems is certainly one reason, with the goal being to strengthen China’s deterrent credibility in the face of improving US ballistic missile defense and non-nuclear precision strike capabilities. Large numbers of silo-based ICBMs add to the challenge facing US nuclear planners in any future war, such as that which might occur this decade over Taiwan. China may be anticipating such a conflict, and this rapid expansion reduces the US’s ability to strike the mainland without facing unacceptable risks of rapid nuclear retaliation.