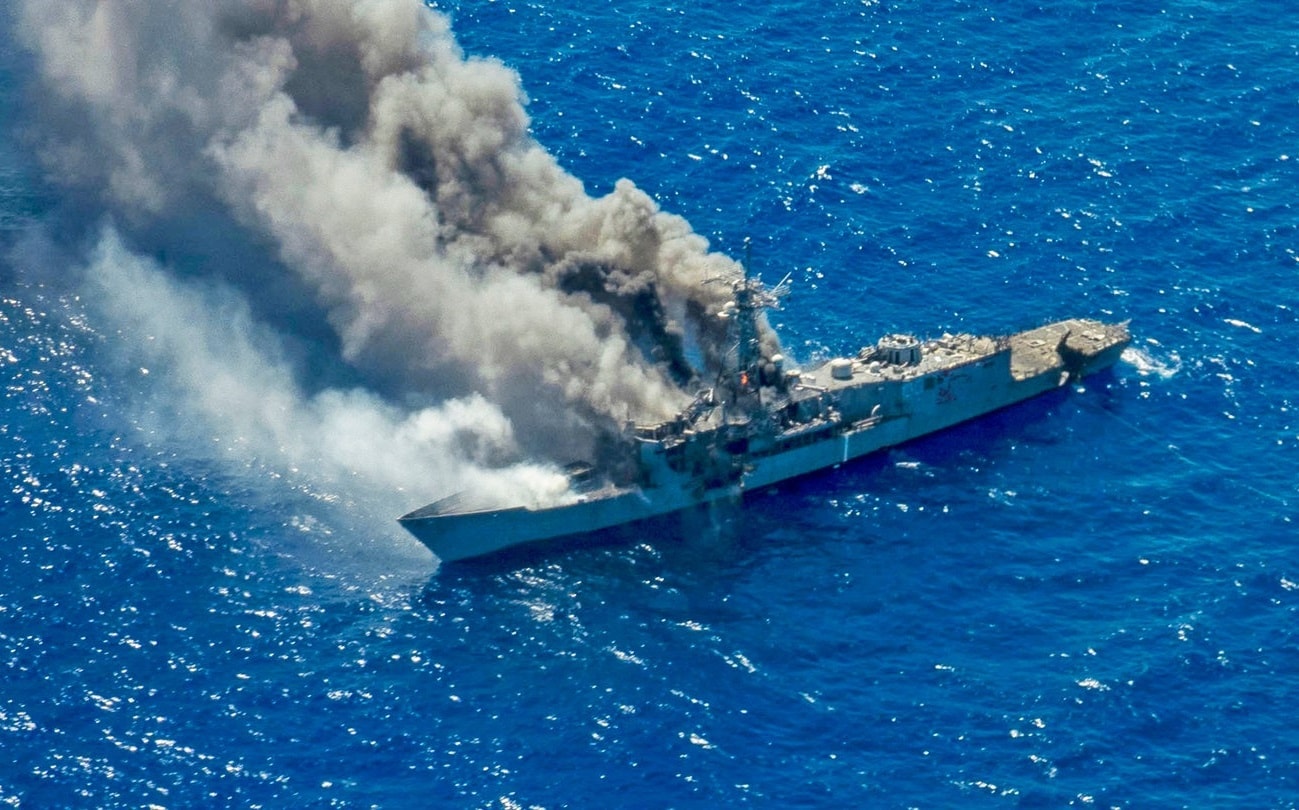 The U.S. Navy hasn’t lost a warship to the enemy since the USS Indianapolis, the Portland-heavy cruiser that carried an atomic bomb across the Pacific, was torpedoed by the Imperial Japanese Navy on July 30, 1945. Since that time, however, several aging American warships have been used as target practice during training exercises and during the demonstrations of new weapons – most notably in the atomic bomb tests in the Pacific Ocean after World War II.

This past Sunday, the decommissioned guided-missile frigate Ingraham became the most recent retired U.S. Navy warship to meet such a fate. The vessel served as a hulk during the recent Large Scale Exercise 2021, a multi-domain exercise that involved long-range maritime strikes conducted in the Hawaiian Island Operating Area.

“Lethal combat power was effectively applied to a variety of maritime threats over the last two weeks in a simulated environment as part of the Navy’s Large Scale Exercise and expertly demonstrated Sunday with live ordnance,” said U.S. 3rd Fleet Commander Vice Adm. Steve Koehler. “The precise and coordinated strikes from the Navy and our Joint teammates resulted in the rapid destruction and sinking of the target ship and exemplify our ability to decisively apply force in the maritime battlespace.”

In the past warships were simply bombed – including by the aforementioned nuclear weapons – until they sank, and little if any forethought was given to what it might mean for the environment. The times have certainly changed, and the Navy explained that former warships and other vessels are now prepared in “strict compliance with regulations prescribed and enforced by the Environmental Protection Agency under a general permit the Navy holds pursuant to the Marine Protection, Research and Sanctuaries Act.”

Each exercise is required to sink the hulk to a depth of at least 1,000 fathoms (6,000 feet) of water, and be at least 50 nautical miles from land. Surveys are actually conducted to safeguard against harm to people and marine mammals during the event.

The warships are also prepared in advance, and that includes a rigorous cleaning process for environmental safety, after which the vessel needs to be inspected to ensure that it meets EPA (Environmental Protection Agency) requirements.

During the live-fire exercise on Sunday, which was conducted in concert with Navy and Air Force attacks on the scrapped hulk, two NSM missiles traveled 100 nautical miles before striking the target. Other weapons were also employed against the retired frigate.

Ex-Ingraham was a guided missile frigate commissioned on Aug. 5, 1989, and she was decommissioned on Jan. 30, 2015. The ship had been named for Duncan Nathaniel Ingraham and is the fourth Navy ship with the namesake. It is the second of its name to be used in a sinking exercise; ex-USS Ingraham (DD 694), which was decommissioned in 1971 and sold to the Greek Navy, was sunk in 2001.

It is unlikely that a fifth warship will be named in honor of Ingraham however. He was a former U.S. Navy officer, but later served in the Confederate States Navy. 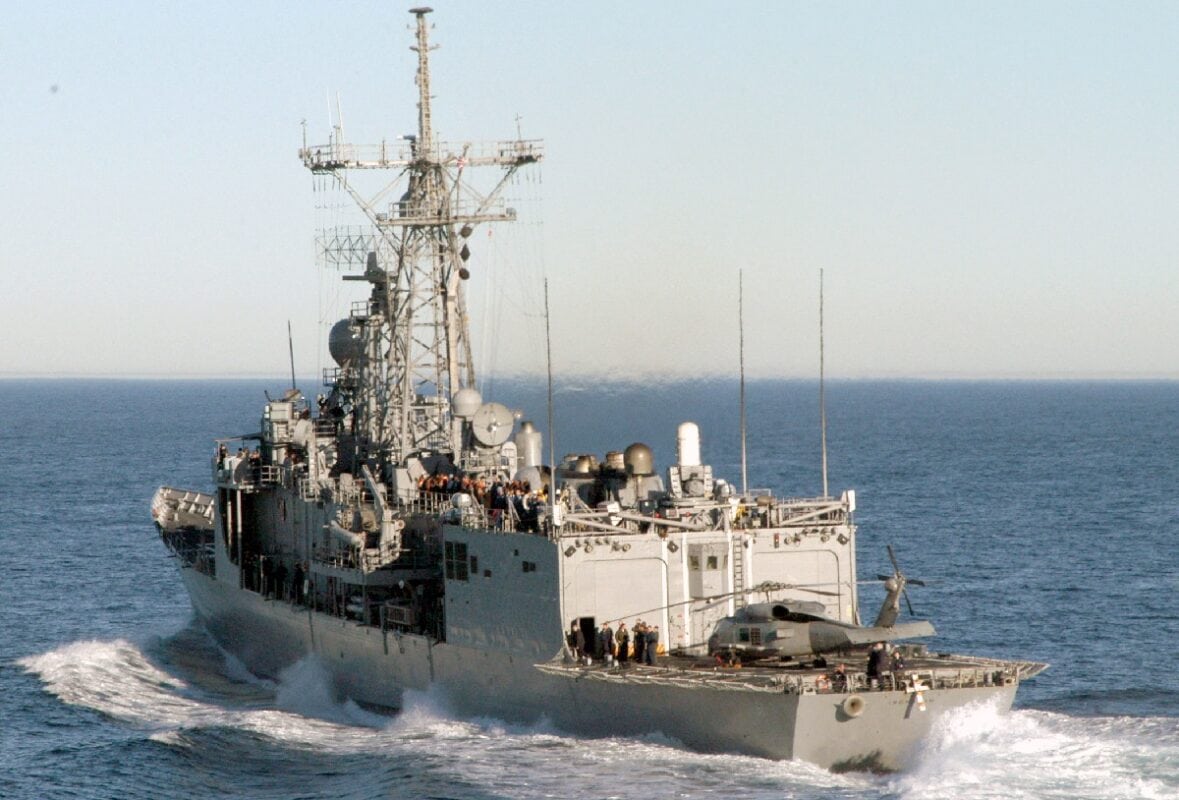