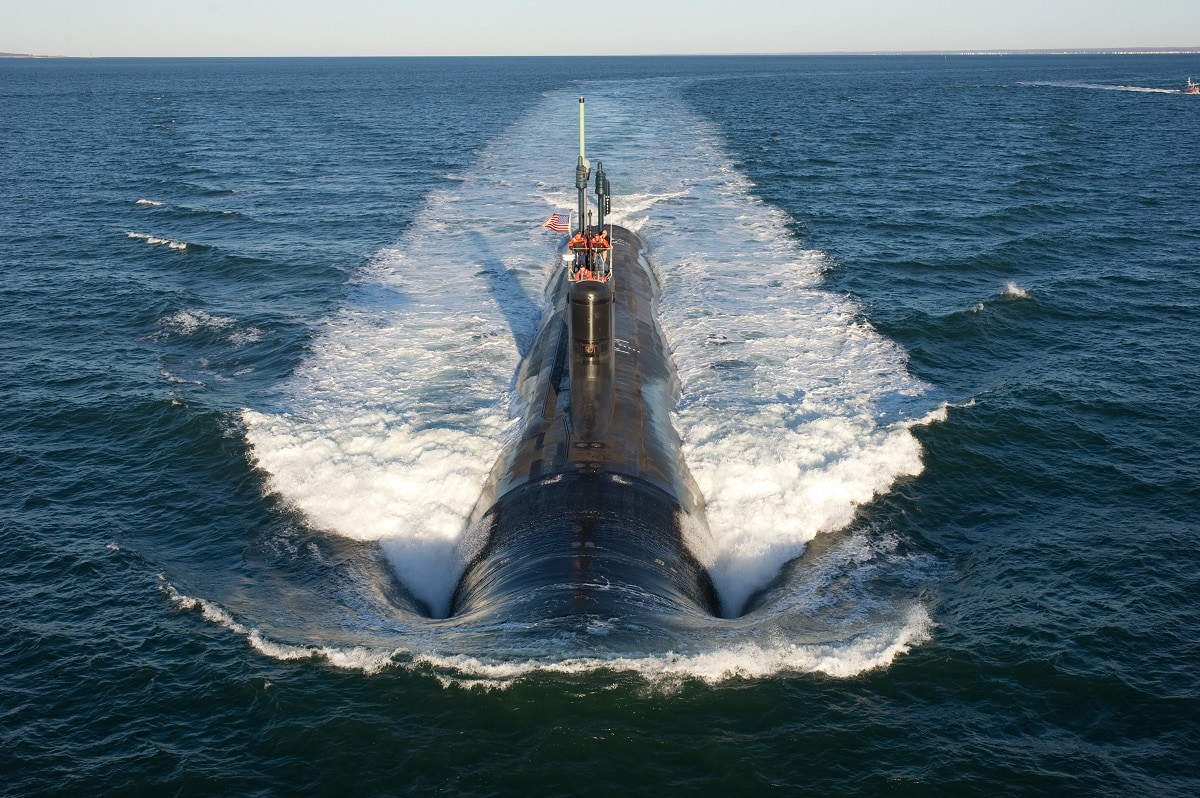 On September 15, 2021, the leaders of Australia, the United States, and the United Kingdom came together to announce AUKUS: a new security and economic pact that would drive closer defense innovation and cooperation between all three countries, and allow Australia a means to secure state-of-the-art nuclear submarines for its navy.

Except Australia already signed an agreement in 2015 to procure submarines – from France.

Given the enthusiasm around what will undoubtedly be a landmark new alliance initiative, one would almost be tempted to forget France was left in the cold. Luckily France has been keen to remind us all. It immediately recalled its ambassadors to Australia and the U.S., canceled its defense summit with the U.K., and even cut down its annual gala in Washington, which would’ve celebrated the 240th year of Franco-American ties.

France’s Foreign Minister called the announcement of AUKUS, in his colorful way, a “stab in the back.” But this is not exactly a melodramatic way to put things, and even AUKUS member-states seem to realize as much given their flurry of diplomatic cooing to Paris in the aftermath.

These reassurances came a little too late, though, and the crowing from some about France’s misfortune betrays some serious obliviousness. It is easy to see that France has legitimate grievances at how AUKUS was formed. It has been not just excluded, but unceremoniously shunted, from its most consequential defense cooperation agreement with Australia in ages.

Australia’s issues with the Future Submarine program have already been fodder for excellent stories. But the episode, and the now-dead contract, deserves a post-mortem, and it’s hard to say Australia did not shoot itself in the foot these past six years as the submarine deal fell apart.

It seems nearly tragic that it failed to capitalize on France’s eagerness to become the premier European power – and partner – in the Indo-Pacific. There was not, actually, an ‘either or’ dilemma here for Australia that necessitated its choosing one partner over another. To put it simply, things did not have to turn out this way.

France is essentially paying for Australia’s own lack of forethought.

France’s Naval Group won the contract to build Australia’s submarines in a competitive bidding process, beating out German and Japanese counterparts fair and square on the terms Australia asked for.

What has happened since is a result of those terms having been short-sighted. Australia originally asked for conventional submarines that would be a modest upgrade from its aging, existing fleet. But a quick look at Australia’s strategic environment shows a need for something very different – a blue-water capability that could guard Australia’s critical trade with East Asia, deter the closing of key maritime chokepoints, and hold an adversary at bay far from the Australian homeland. This is not a role conventional attack submarines can fill, but one that nuclear submarines can.

Australia’s defense establishment realized what their strategic environment required fast enough to codify it in their latest Defence Strategic Update, but not fast enough to actually ask for a submarine fleet that would make sense in this context.

To put it another way, the original contract asked for a capability before a concept for its use was clearly articulated. This is the opposite order for how a military should modernize. Conventional submarines were chosen without sufficient thought on how they’d help further Australia’s national interest. It is therefore not France’s fault that they stepped in to provide exactly what Australia asked for.

France even reportedly offered to upgrade the original design to a nuclear-powered one after Australia’s cold feet became obvious – and was turned down. It was not as if Naval Group couldn’t give Australia what it wanted. Even after Australia decided it wanted something else.

One motivating factor for Australia to scrap the deal was its astronomical cost and the many, many delays. Truthfully there is little here that flatters either side. The costs of construction ballooned to $60 billion over six years, and the French side failed to meet countless benchmarks and deadlines in the design process along the way. By the time Australia was projected to actually have an Attack-class boat in the water, the window where such a submarine would be worth that kind of cost would be long gone.

But if the deal were canceled over these monetary and time concerns, it isn’t clear how either of those issues would be solved by AUKUS. Australia will still have to pay Naval Group some kind of compensation for cancelling the contract the way it did, adding to already sunk costs. The nuclear submarines it does acquire won’t be cheap regardless. And it is unlikely Australia’s timeline for new submarines will be any faster now that it is pursuing a much more advanced capability that its navy has zero experience with using. Training on that platform takes time.

There are other cost-related issues that were more a function of Australia’s decision-making than any fault on the part of France. Least of all the fact that Australia accepted Naval Group’s bid over that of Japan. Japan was offering cheaper conventional submarines, yet Australia purposely chose the more expensive, French option instead. Furthermore, Australia made the domestically popular but economically unsound choice of requiring its new submarines be constructed in Australian territory, with Australian workers. Which eventually had to be rolled back. It is difficult to argue both sides didn’t run up the tab needlessly.

France As an Indo-Pacific Country

AUKUS is not just about a submarine deal gone awry

It is well within Australia’s right to move forward with different plans for its future submarine program. It has assessed its options and deemed a new direction as within the national interest. AUKUS will also in time prove a foundational pact for Australia’s military innovation and security, thus making its creation worth the current trouble.

But the fallout could have been mitigated. At the very least, it would have been within all parties’ interest to warn France this was coming. Looking back at August’s premier 2 + 2 Ministerial, where high-level French and Australian counterparts met in the first summit of its kind ever, one cannot help but cringe at a joint statement touting “the importance of the Future Submarine program,” and a burgeoning “military scientific research” partnership between Australia’s Defence Science and Technology Group and France’s Directorate General for Armaments. It is clear the French, agreeing to this joint statement, were completely oblivious to the impending announcement of AUKUS, which came less than a month later. Now, the two countries are engaged in tit-for-tat blame-shifting that could have been avoided.

Ultimately it is a shame the diplomatic fallout of this may chase away the opportunity to cement France’s role into the larger alliance framework taking shape in the Indo-Pacific.

In recent years, there has been unmistakable growth in countries espousing new strategic concepts centered on the Indo-Pacific. Numerous white papers, guidelines, and other such documents outlining policy are a sign outside countries now recognize the economic importance of the region, and the serious security challenges threatening it. Bringing these countries into the Indo-Pacific as stakeholders has always been within Australia’s interest. The numbers do not lie: China, a revisionist power that has singled Australia out for a special level of bullying, is undergoing the largest peacetime build-up of its military in history, and already has the largest navy in the world. Additionally, an arms race is breaking out across Southeast and East Asia. The Indo-Pacific, to put it mildly, is looking ill-at-ease.

Luckily, Australia does not have to do much to keep other powers engaged. Many countries want a role as a security provider, upholder of international norms, and partner-nation to the U.S. and its allies in the Indo-Pacific. And France, by any metric, has auditioned for this role well.

France has had substantive defense engagements with every Quad partner, including military exercises with India, Japan, the U.S., and Australia. It has patrolled the South China Sea – many times – and challenged China’s claims to jurisdictional waters there. It is rapidly stepping up its foreign military sales in the region, and in 2018 was the third-largest arms supplier to Southeast Asia. It has signed military logistics agreements with multiple countries, to include Australia. France even appointed a special envoy for the Indo-Pacific last year, for a unique, direct method of engagement with the region. France is notably involved in the Indo-Pacific, rivalling most outside powers and even some resident countries of the region.

Part of the reason for this is that France quite literally cannot be excluded from the Indo-Pacific. It has over 2 million citizens living there, on French overseas territory, and scattered between French military bases. This is actually a much larger military presence in the Indo-Pacific than any other country save the U.S. (and perhaps China). Fitting, considering France’s Indo-Pacific territories comprise over 90% of the entire Republic’s exclusive economic zone.

Australia, the U.S., or any country for that matter, does not have to align or agree fully with France’s foreign policy to realize it does actually bring something meaningful to the Indo-Pacific table, and has aggressively showcased itself in that regard. If France is extending such a hand, it would surely be a mistake to slap it away. There was a real opportunity to create a framework for defense industry development and cooperation that was in France’s interest, Australia’s interest, and other allies’ interest. Yet that was apparently not under consideration.

Drake Long (@DRM_Long) is a Pacific Forum Young Leader and an Asia-Pacific Fellow with the Washington, D.C.-based Young Professionals in Foreign Policy. He was the former South China Sea correspondent for Radio Free Asia. He’s previously been published in The Diplomat, 9DASHLINE, the Journal of Indo-Pacific Affairs, and Radio Free Asia.

Drake Long (@DRM_Long) is a Pacific Forum Young Leader and an Asia-Pacific Fellow with the Washington, D.C.-based Young Professionals in Foreign Policy. He was the former South China Sea correspondent for Radio Free Asia. He’s previously been published in The Diplomat, 9DASHLINE, the Journal of Indo-Pacific Affairs, and Radio Free Asia.