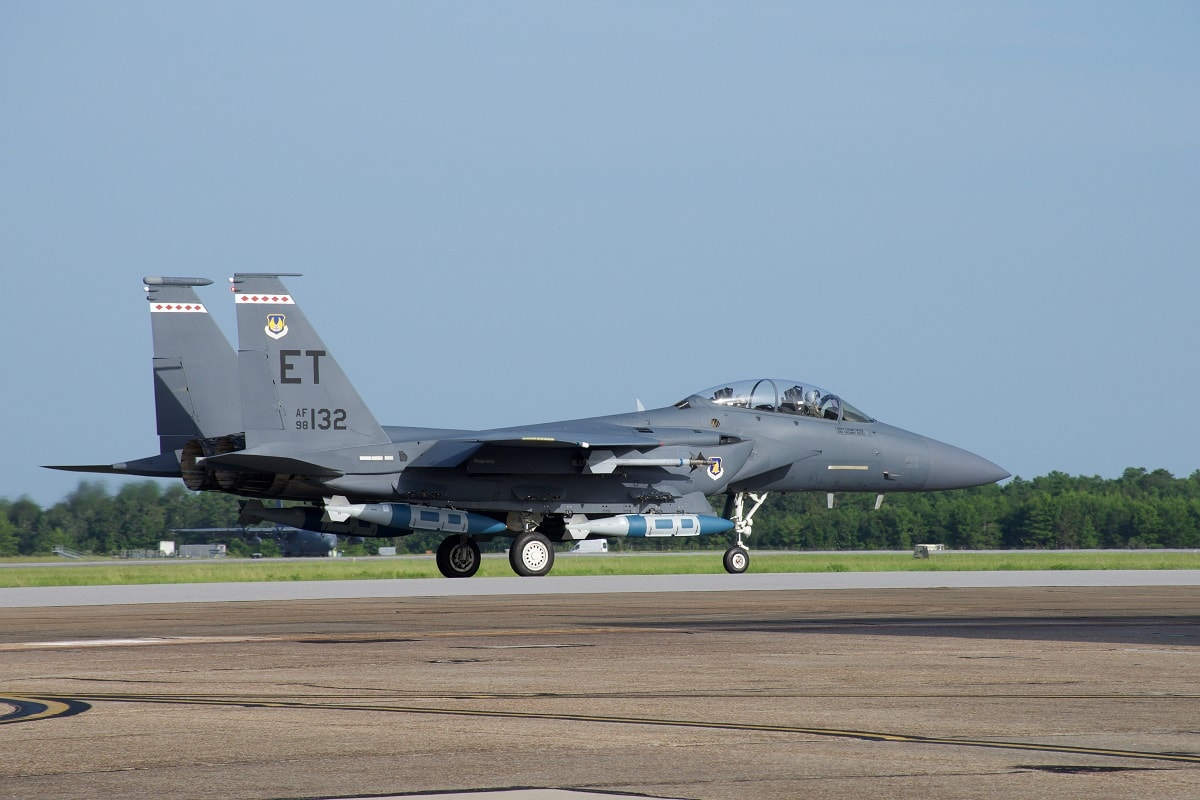 The 85th Test and Evaluation Squadron (85th TES), part of the 53rd Wing at Eglin Air Force Base (AFB), Florida has been conducting tests that were designed to determine how an air-to-surface weapon could be used against targets on the water. During the tests, which were conducted last month, three Boeing F-15E Strike Eagle fighters demonstrated a series of new tactics, techniques and even procedures that included the dropping of modified GBU-31 Joint Direct Attack Munitions (JDAMS) on moving and stationary maritime targets.

The tests were part of a joint effort with the U.S. Air Force Research Laboratory (AFRL), which announced that it validated new ways to drop the 2,000 pound (907kg) bomb on surface vessels. Col. Anthony Meeks, director of the AFRL’s munitions directorate, further said that the tests had been designed to determine whether pilots could drop the bombs on “different aim points to defeat maritime threats.

Those particular “aim points” would be the place where the crew wants the weapon to hit, and it could be at the top of the vessel as well as at the waterline or even just below the surface. Meeks didn’t say whether the weapon would be capable of hitting a more specific location of the ship, such as its bridge, propulsion, fuel tanks or weapons – nor did he elaborate on the tactics, techniques or procedures.

Such exact capabilities of the weapon are at this point “classified.”

The 53rd Wing did not indicate how the JDAM was used in last month’s testing, or how it was modified, but in its normal configuration, the JDAM is guided by an electronically controlled tail section along with a guidance system enabled by Global Positioning System (GPS) technology.

JDAM is, however, essentially a retrofit kit that turns an unguided BLU-109 bomb into a smart weapon using a tail section, inertial navigation system and GPS. However, JDAM shouldn’t be seen as a stand-alone weapon – as it is not. It is actually a “bolt-on” guidance package that instead converts unguided gravity bombs in precision-guided munitions (PGMs). Development of the technology began in the late 1990s.

The technology has proven successful in hitting ground-based targets, and now it seems that the efforts are to determine how it might aid in attacking surface warships. Given that China’s People’s Liberation Army Navy (PLAN) has the largest force of surface vessels, it isn’t hard to put two-and-two together to determine why the U.S. military is putting such emphasis on this technology’s development.

“For any large moving ship, the Air Force’s primary weapon is the 2,000-pound laser-guided GBU-24,” Major Andrew Swanson, 85th Test and Evaluation F-15E weapons system officer said via a release. “Not only is this weapon less than ideal, it also reduces our survivability based on how it must be employed. This munition can change all of that.”

While it is the Air Force that is taking the lead with this research, it added that it could benefit the other services. A Navy submarine has the ability to launch and destroy a ship with a single torpedo, but by launching the weapon it gives away the location of the vessel. This type of demonstration aims to develop a low-cost method of achieving torpedo-like seaworthy kills from the air, the Air Force release added. 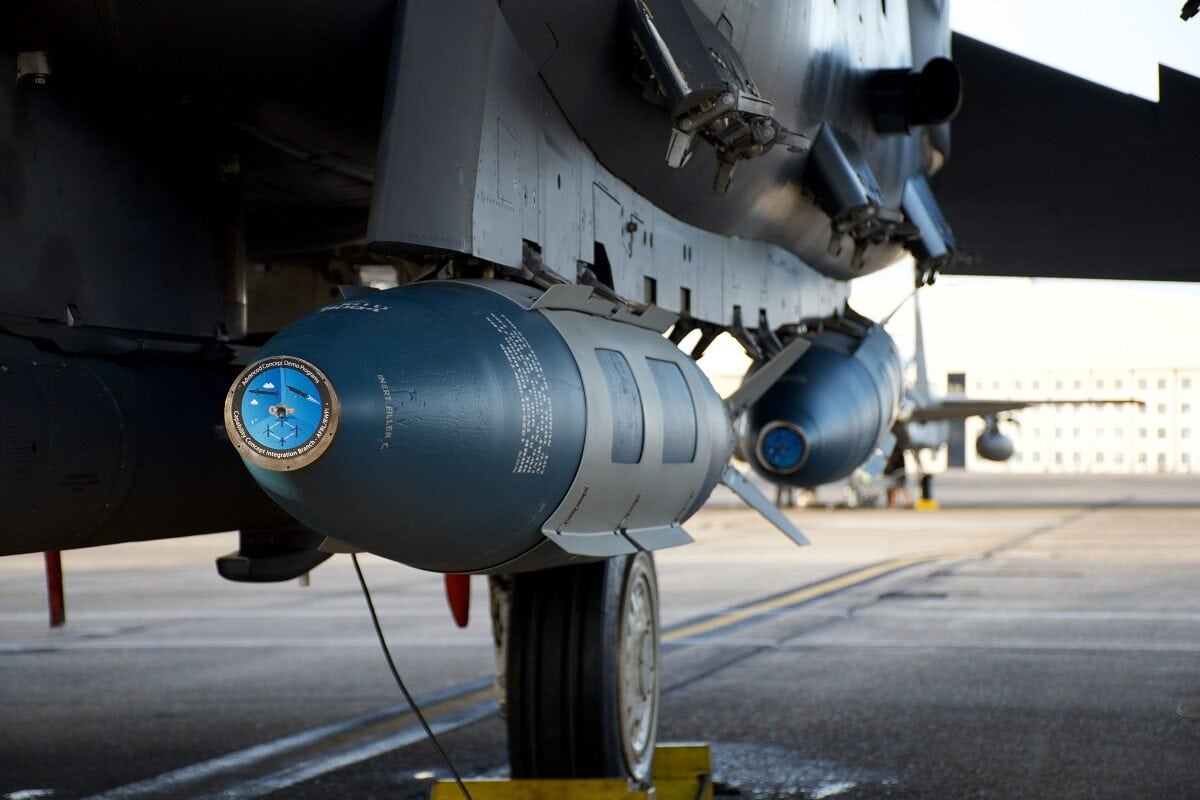