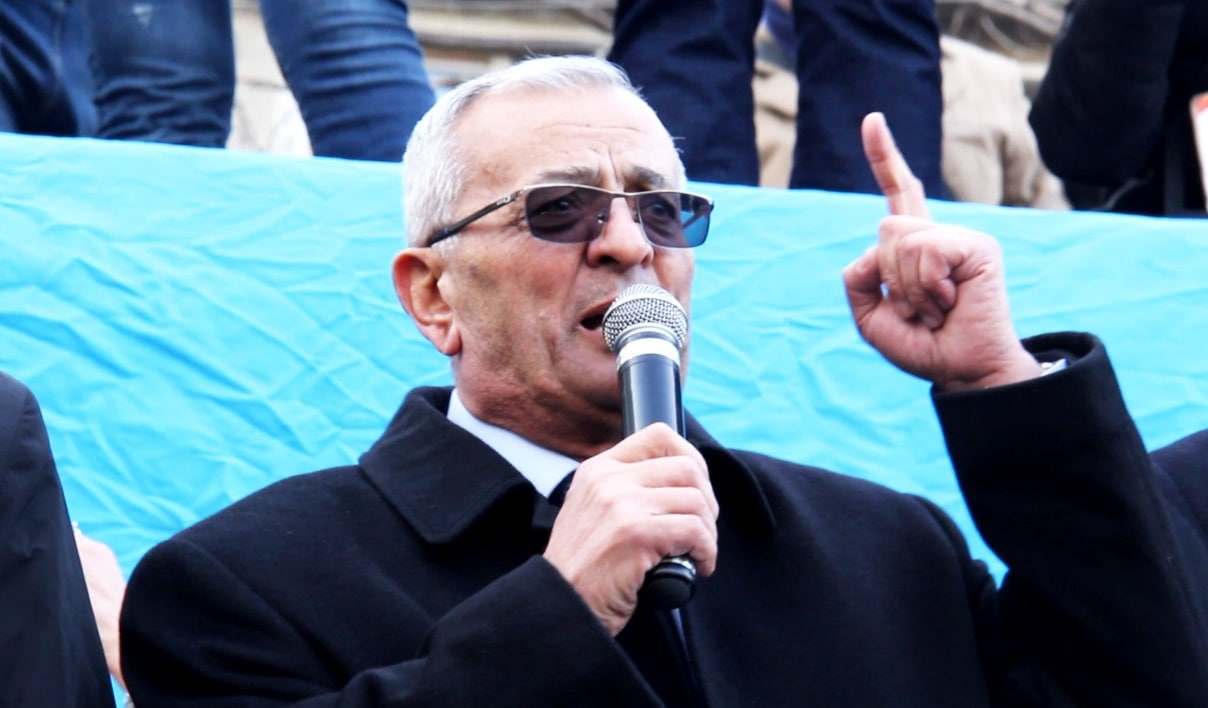 Isgandar Hamidov founded and led the Azerbaijani Grey Wolves in 1993–95.

Rep. Dina Titus (D-Nevada), a member of the House Foreign Affairs Committee, introduced an amendment to the Fiscal Year 2022 National Defense Authorization Act (NDAA) yesterday calling for accountability for the Turkish Grey Wolves. Specifically, her amendment calls on Secretary of State Antony Blinken to report about what actions Turkey’s Grey Wolves have “undertaken against US interests, allies and international partners” and to state whether the Grey Wolves meet the criteria under U.S. law to be designated a Foreign Terrorist Organization.

Such action is long overdue.

The Grey Wolves, founded in the 1960s is the paramilitary of Turkey’s Nationalist Movement Party (MHP). While there are moderate members of the MHP, for example, former minister Oktay Vural, no such nuance exists within the Grey Wolves. In the 1970s, Turks knew them best for their street violence which they directed against either the political left or ethnic minorities: Kurds, Greeks, and Armenians. Many Grey Wolves volunteered to fight Armenians during the first Nagorno-Karabakh War (1988-94). At the time, they were responsible for some of the worst atrocities conducted against Armenian civilians and prisoners.

In recent decades, the MHP has aligned with and allied itself to Recep Tayyip Erdoğan, Turkey’s ruler. While MHP officials might put on a responsible face and insist they are merely a conservative party, in Istanbul’s outlying districts, the Grey Wolves reign supreme. Fifteen years ago, I spent a day in the working class and slum district of Sultanbeyli. Grey wolves graffiti marked the walls while MHP posters depicted NATO as an octopus with an Uncle Sam hat, its Jewish and Greek tentacles strangling Turkey. That incitement has only grown worse as the MHP makes common cause with Erdoğan’s most extreme elements. Turkey now leverages them in Cyprus, where they terrorize the moderate Turkish Cypriot community which Erdoğan seeks both to Islamize and supplant with Anatolian settlers and Germany, where Erdoğan uses their presence and potential for violence to blackmail Chancellor Angela Merkel.

It is because of their violence that the French government has banned the group, and the European Union has officially asked its members to designate the Grey Wolves a terrorist group.

For too long, the State Department has run interference for Turkey and allowed the country figuratively to get away with murder. Unfortunately, in the case of the Grey Wolves, the murder is literal. Titus is right. Designate the Grey Wolves, or have Antony Blinken explain why the United States should turn a blind eye to the group’s noxious combination of ethnic and religious fascism and violence.