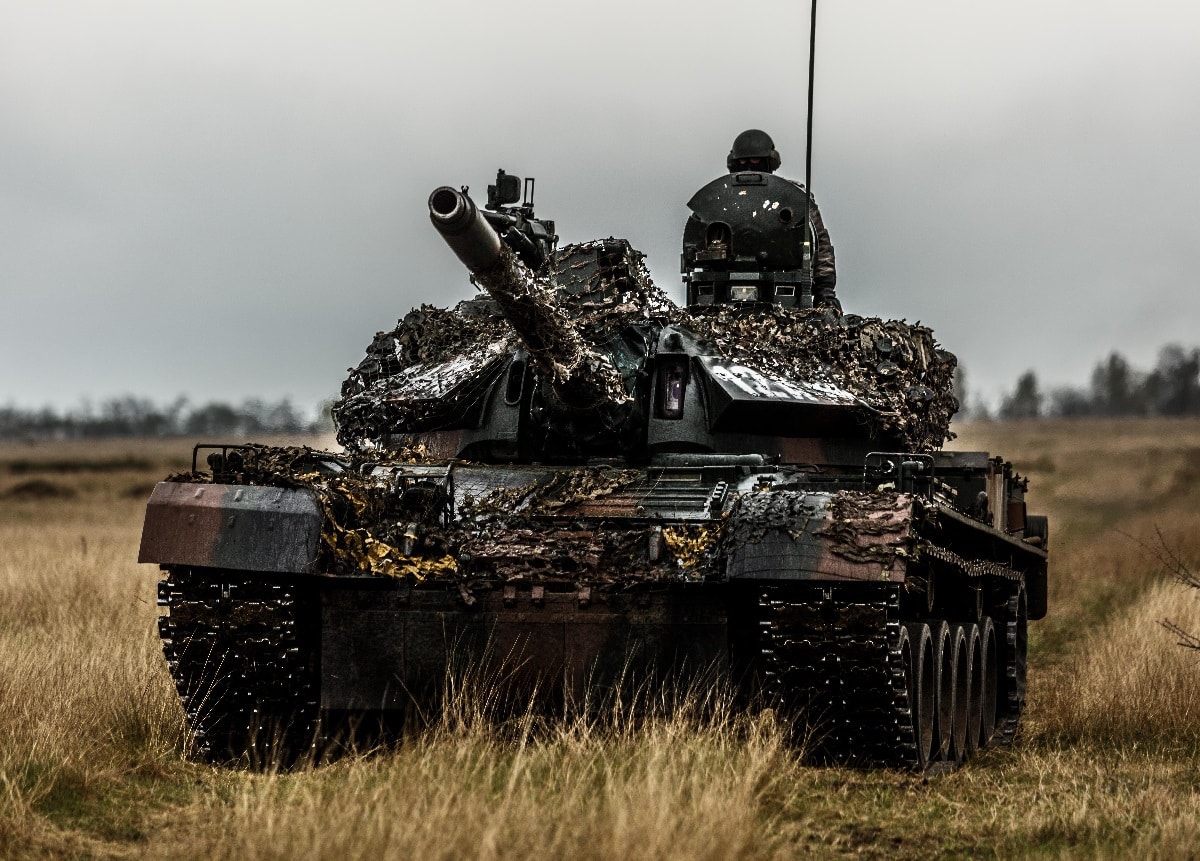 A Romanian TR-85 tank and tanker on a training ground in Romania. US troops are currently on deployment in Romania as part of Operation Atlantic Resolve, supporting security and stability in Europe. Members of the US 3rd Armored Brigade Combat Team are working with the Romanian 282nd Mechanized Brigade.

It is time to get serious about shoring up NATO’s defensive capabilities in Eastern Europe. Russia continues to undertake activities designed to intimidate NATO allies and undermine the stability of neighboring Eastern European countries. The Russian military is improving its abilities to deploy large, combined armed forces along its western border and to conduct short notice attacks anywhere from the Baltics to the Black Sea.

It is also deploying a host of precision air and missile strike capabilities that could rain destruction on NATO forces, bases, logistics and other infrastructure. The growing Russian military threat puts a premium on enhancing the military capabilities of the states most under the direct threat of Russian conventional aggression. It also argues for the deployment of additional NATO forces to the alliance’s eastern flank, where they would be best positioned to resist a Russian attack from the outset of hostilities.

Moscow is undertaking a “whole-of-government” offensive against NATO. In this effort, the Russian military is designed to be an instrument of political coercion as well as a means of achieving Russian objectives by force. Last April, during a political imbroglio with Ukraine, Moscow rapidly amassed troops along its borders with that country.

In addition, Moscow recently announced it was creating 20 new military units in the western part of Russia to oppose NATO. Next week, Russia and Belarus will conduct a major military exercise, ZAPAD (”WEST”) designed to test their abilities to “defend” against a threat from NATO. This exercise is indistinguishable from the deployments necessary to conduct an offensive against the Baltic States, Poland, or Ukraine.

For more than a decade, Russia has been engaged in a massive and expensive effort to modernize virtually its entire military, conventional and nuclear. This modernization program has been focused particularly on Russian capabilities in the west to counter NATO. Russia has significantly increased its land, sea, air, and missile deployments in this area both quantitatively and qualitatively. It has also enhanced its critical enablers, including intelligence, surveillance, and reconnaissance (ISR), command, control, and communications (C3), and logistics.

These improvements in Russian conventional military capabilities constitute both a direct and indirect threat to NATO. As a RAND study concluded, one important consequence of these efforts is to reduce the strategic warning time available to the alliance. Such warning is critical if NATO is to be able to respond to a Russian attack along the eastern flank. Without sufficient warning, the alliance will be unable to mobilize and move forces eastward.

Against this background, numerous experts and policy institutions have advocated for a more forceful approach to deterring Russian threats to Eastern Europe. Recently, a quartet of experts from the Center for European Policy Analysis (CEPA) published an article in War on the Rocks calling for a more coherent NATO policy towards defending the alliance’s eastern flank. They argued that NATO needs to immediately take four steps:

“First, it should recognize the strategic significance of the Black Sea region and eliminate the existing ‘tiered’ forward presence, which includes ‘enhanced Forward Presence’ in the Baltic Sea region and tailored Forward Presence” in the Black Sea region. Next, NATO members should improve situational awareness and prepare for rapid political and military responses to Kremlin provocations along the entire eastern flank. Third, allies need to upgrade air and missile capabilities and improve security cooperation programs, procedures, and personnel assignments. And finally, NATO should support NATO partners in the Black Sea region—Ukraine and Georgia—while increasing investment in their economic development.”

But there is a fifth step NATO should add: enhancing the ability of its members and other states to defend themselves in the east. Poland is the keystone to any effective defense of NATO in the east and a natural regional leader. It is moving rapidly to replace its aging Soviet equipment with modern Western platforms and systems. Poland has bought the Patriot air and missile defense systems and the High Mobility Artillery Rocket System long-range rocket artillery platform. Most recently, it signed a contract for F-35 fighters and announced its intention to acquire hundreds of U.S.-made M1A2 Abrams tanks.

Because Ukraine is clearly in Moscow’s crosshairs, providing Kiev with the means to resist Russian military threats must be a priority for all NATO members. The erstwhile Trump administration provided Ukraine with hundreds of millions of dollars in military assistance, including lethal munitions such as Javelin anti-tank missiles. Building on this support, the Biden administration recently announced its intention to provide some $150 million in military assistance to Ukraine, including counter-artillery radars, communications and electronic warfare equipment, counter-drone systems, and training. It also pledged some $60 million in additional aid during Ukrainian president Volodymyr Zelensky’s visit to Washington.

Poland is the key to an enhanced NATO defense of its eastern flank. Currently, the United States has a full Armored Brigade Combat Team (ABCT) deployed to Poland on a rotational basis. Based on a recent agreement between the two countries, the Pentagon is preparing to expand this deployment with a forward-deployed division headquarters, logistics units and an MQ-9 Reaper drone squadron.

However, the best solution would be a permanent U.S. Army presence in Eastern Europe, particularly in Poland. First, given the Russian long-range precision strike threat to lines of communication on land, only forces deployed in the east are likely to get into the fight. A heavy U.S. deployment in Eastern Europe would be able to respond rapidly and effectively from the outset of hostilities. Mobile formations employing long-range fires, advanced aviation and layered air and missile defenses would disrupt the Russian ground offensive and disintegrate its air defense networks.