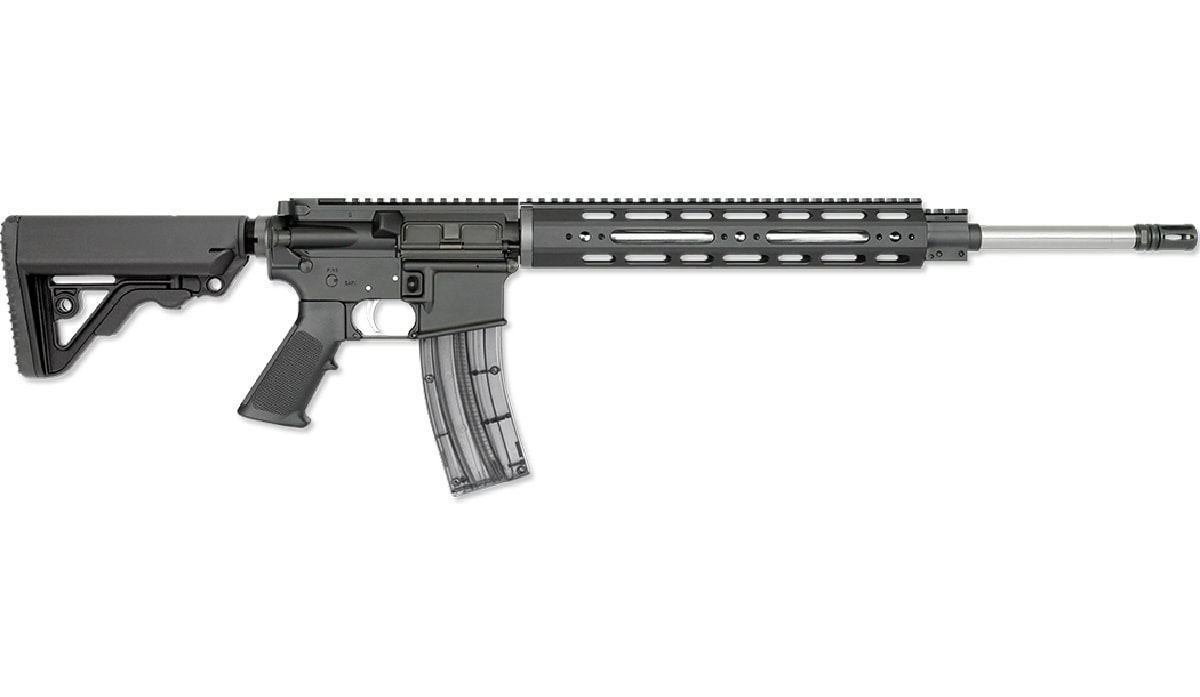 A long time ago I found myself searching up the “quietest pistol” on Google. What came up was a Ruger Mark IV outfitted with a suppressor. Watching that video is what started my love affair with .22 caliber firearms.  Since then I’ve dabbled with plenty of handguns and rifles for plinking. The Rock River Arms LAR-22 is next up. Is it any good, or should you pass this one up? Keep reading to find out.

The body of this gun will be familiar to anyone who’s ever looked at an AR platform. In fact, it’s basically indistinguishable from your run-of-the-mill AR-15, excluding the clear magazine of course. As far as bells and whistles go, there’s not much to report on, although I do think the handguard does look pretty clean.

This carbine ran through several boxes of ammo without a hitch. I only experienced one malfunction throughout 500 rounds. You typically won’t see me using .22 for anything other than plinking, but if you have a rodent problem on your land, you can expect this thing to run whatever you put through it with no issues.

Practicality aside, I had a ton of fun with the LAR-22. There’s just something satisfying about shooting a rifle with absolutely zero recoil. I might have goofed off a little by shooting it one-handed here and there since it’s exceedingly easy to handle. I even let my nephew shoot a little bit with this. The LAR-22 would be an excellent way to introduce kids to firearms. There’s minimal recoil due to the small cartridge and it’s relatively light so they’ll actually be able to pick it up.

The weight wasn’t too bad either at only four pounds and change. I only threw on some iron sights so I didn’t have to worry about attachments weighing me down too much.

The LAR-22 was on the money with accuracy as well. Shots at 50 yards were on point. I had a little trouble pinging targets perfectly at 100 yards, but I wasn’t looking to be bang on anyway. I mostly shot soda cans and fruit from about 20 yards or so and the LAR-22 worked perfectly fine for that.

Pricing isn’t too bad at all. The aluminum tactical carbine is a bit pricier at $700 but not by much. The polymer variant is only $90 cheaper at $610. I opted for the polymer version which has held up fine. No cracks or anything to speak of. The only downside is that only one magazine is included in either model.

Truthfully, I don’t really have any strong opinions on the LAR-22. It’s fun for plinking and some target shooting, but there’s nothing that makes it stand apart from the crowd. I don’t regret buying it, but I also wouldn’t rush to go snatch it up.