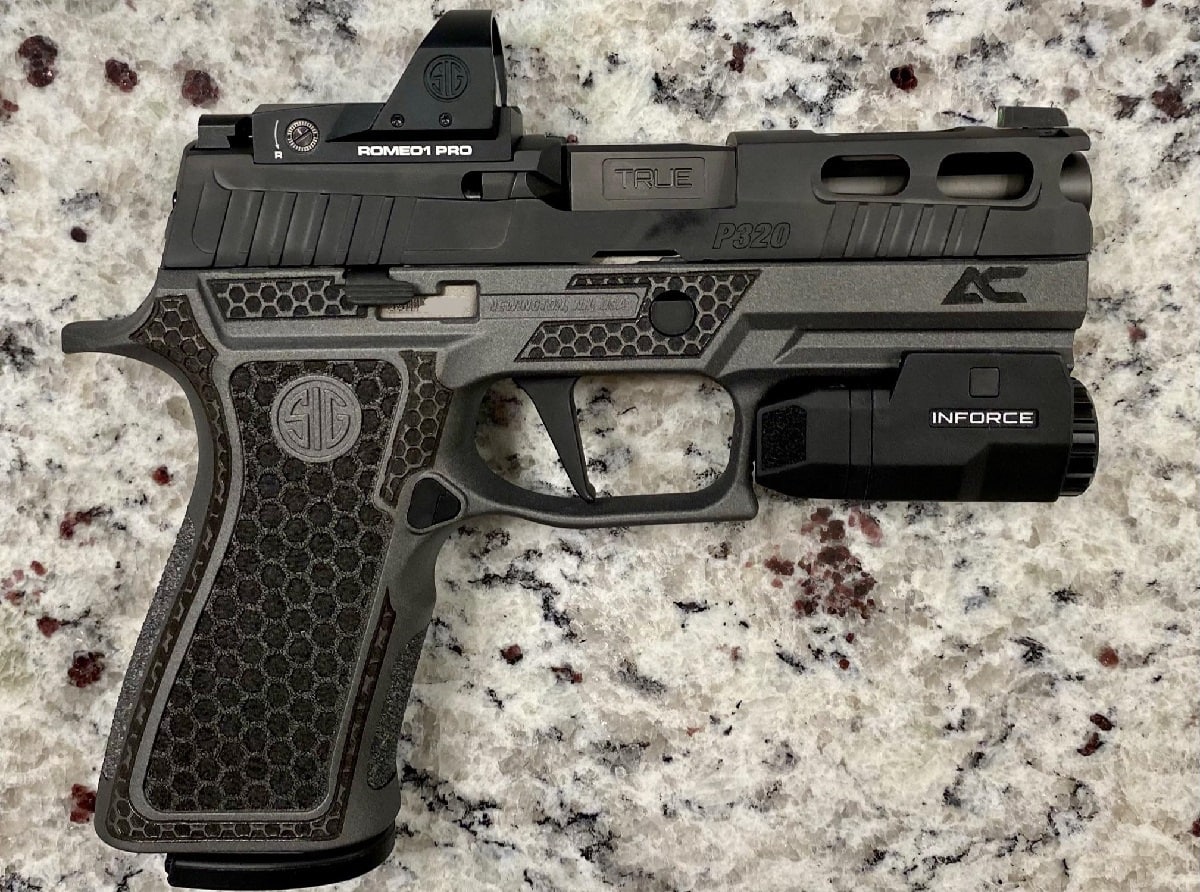 Historically a “legion” was a unit of some 3,000 to 6,000 men in the ancient Roman Army, but in our contemporary usage it generally means a vast number. Firearms manufacturer Sig Sauer has used legion as a brand name for a popular series of handguns, and the latest entry could be one that lives up to the moniker by drawing in the masses.

This summer, the company introduced its P320 X Carry Legion, which further expands the popular Sig Sauer Legion series. It features the signature P320 Legion series TXG grip module, which was developed by company’s engineers by utilizing a patented process of infusing tungsten into the polymer material, which provides the weight of steel but with the flex of polymer.

“The P320 X Carry Legion builds on the popular features of the P320 X Five Legion and brings even more to the Legion series line-up, making it a must-have for the tactical, self-defense or sport user,” explained Tom Taylor, chief marketing officer and executive vice president for commercial sales at Sig Sauer, Inc.

“Along with the carry length TXG grip module, exciting new features of the P320 X Carry Legion include the standard threaded barrel and fully-adjustable sights making it easy to install and accommodate the addition of a suppressor to this pistol right out of the box,” added Taylor.

The biggest difference with the new handgun is its capacity. Where the Sig Sauer P320 X Compact holds 15 rounds, the P320 X Carry holds 17 rounds.

Sig Sauer’s Legion series pistols were developed as an exclusive product line developed by the company based on input from elite shooting professionals and designed to exceed the expectations of the serious shooter.

Additionally, the new entry to the Legion series offers an XSERIES skeletonized flat trigger, while it arrives fully optic-ready. It is also compatible with direct-mount options for the Sig Sauer Electro-Optics ROMEO1Pro, as well as the soon-to-be-released Sig Sauer Electro-Optics ROMEO2, Delta Point Pro, and RMR Reflex Optics. The P320 X Carry is offered with three 17-round steel magazines with Henning Group aluminum basepads.