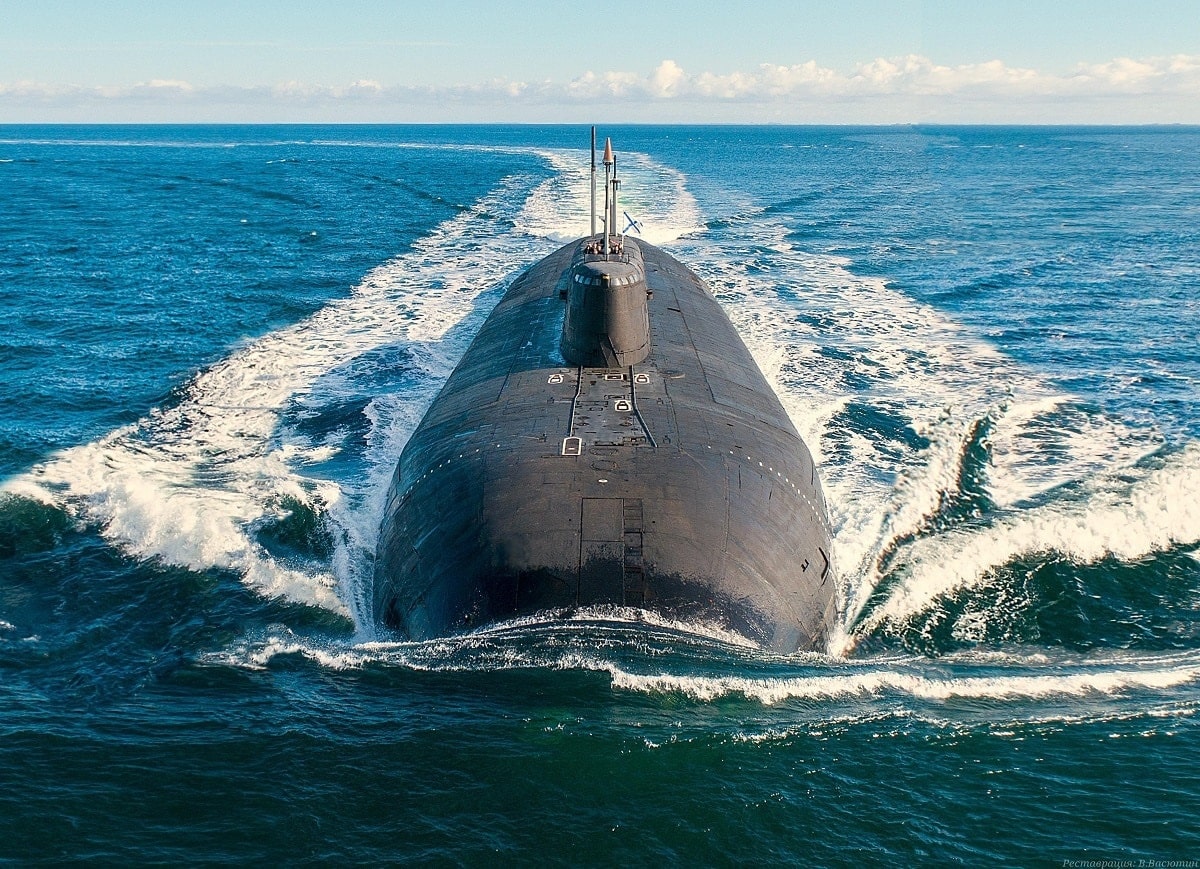 The Russian military successfully launched its new Zircon hypersonic cruise missile from a submarine for the first time on Monday, the Russian defense ministry announced.

Missiles were fired from the Russian Navy Yasen-class nuclear-powered cruise missile submarine Severodvinsk at a target in the Barents Sea. The submarine fired one while surfaced and another while submerged at a depth of about 40 meters.

The defense ministry released a video of the test.

The Russian military first test-fired the Zircon, also spelled Tsirkon, hypersonic missile from the frigate Admiral Gorshkov in October 2020. The weapon, state media reported, flew at speeds of Mach 8 and successfully hit a target 280 miles away.

Russian President Vladimir Putin first revealed Russia’s efforts to develop the new Zircon hypersonic missile during a sharply-worded state-of-the-nation address in February 2019, when the Russian leader claimed the missile could reach speeds of Mach 9 and strike targets 620 miles away.

Following the first at-sea test last October, Putin said that the “work on the Zircon system and the stage of carrying out a successful test of this missile is a major event not only for the Armed Forces but for entire Russia.”

“Equipping our Armed Forces — the army and the fleet — with advanced weapons systems, which indeed have no rivals in the world, certainly ensure our state’s defense capacity for many years to come,” he added, according to Russian state media.

Hypersonic weapons are a key area of great power competition between Russia, China, and the US.

Unlike other missile systems, a hypersonic cruise missile would be a high-speed weapon able to maneuver along unpredictable flight paths in ways that make it difficult for current air- and missile-defense systems to intercept them.

Russia intends to wrap up testing on the Zircon this year and begin fielding this new weapon with the Russian Navy in 2022, according to the Associated Press. The missile is designed to disable warships and to destroy targets on land, and it’s expected to also be capable of carrying a nuclear warhead.

The US Navy is working on its own naval hypersonic missile, the Conventional Prompt Strike weapon, which will eventually be fielded on the Zumwalt-class stealth destroyers and Virginia-class nuclear-powered attack submarines.

The Zircon, like the US Navy’s CPS weapon, is one of a number of hypersonic weapons currently in development.