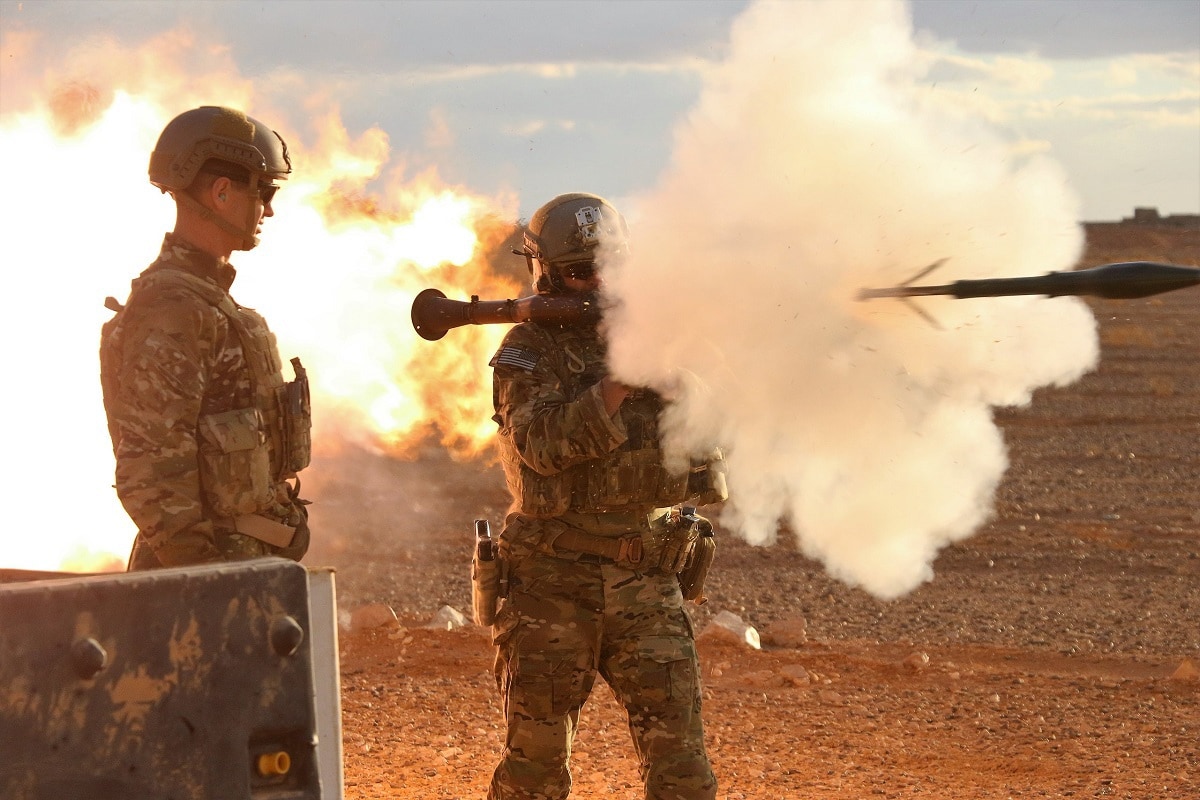 It is difficult to estimate just how many people have been killed or maimed by various weapons in the 20th and 21st Centuries. It is truly frightening to discuss some of these weapons. The list of arms and systems in modern history (since World War One) is hard to pin down. There are so many choices. But a partial list gives you an idea of how violent these weapons are. Below, I took a look at the Maxim Machine Gun, the B-17 Bomber, the AK-47, the Rocket-Propelled Grenade, and the MQ-9 Reaper Drone. They easily could make up any list of the five deadliest weapons to ever wage war on a modern battlefield.

Hiram Maxim invented a machine gun that revolutionized the world of warfare.

The Maxim used the latest in technology such as machine tools, smokeless powder, and belt-fed ammunition. Introduced in 1884, the Maxim was perfected by the time of World War One.

It could fire 500 rounds per minute and had a maximum range of 1,800 meters. It fired by energy derived from the recoil – that’s what made it so fast. Nearly all armies had a version of the Maxim.

Once paired with outdated infantry tactics and mass frontal charges, the Germans used it to kill 20,000 British soldiers during the first day of the Battle of the Somme.

The B-17 Flying Fortress dominated the Western theatre and the Pacific during World War Two. Manufactured by Boeing, it was one of the first bombers to have a flight deck and four engines. An engineering marvel, It went from blueprints to testing in 12 months.

The B-17 had nine machine guns and could carry 4,000 pounds of bombs, even 8,000 pounds for short-distance missions. 50 cal. guns were in the upper fuselage, belly, and tail. By 1943, all machine guns were .50 cal. Each new model increased its bomb load. The Norden bombsight resulted in a myriad of effective bombing raids. It could fly at 35,000 – remarkable for the times.

The P-51 Mustang flew escort in 1944 and this greatly improved the bombing runs of the B-17.

It was invented by Mikhail Kalashnikov and adopted into service by the Soviet Union in 1947.The AK is simple to use and rugged. Its parts are not machined to fit tightly together compared to weapons such as the AR-15. It is, therefore, easier to assemble and disassemble.  The parts are seemingly impervious to dirt and dust. It can endure large amounts of foreign matter and still fire without malfunction.

The bore, chamber, gas piston, and gas cylinder are usually chromium and dash-plated and this allows the weapon to be more resistant to rust and corrosion. These features make the weapon popular in urban, jungle, or desert environments. The AK is not as accurate as some assault weapons. However, it fires a high muzzle velocity 7.62mm round that has excellent stopping power. Its range is around 250 meters out of the factory, which means that site adjustment is usually unnecessary at short range.

The AK-47 is often fired with only iron sites – another feature that makes it easier to use since there are no thermal or infrared sites that require batteries.

Unfortunately, the AK-47 is so simple to use that it is often the weapon of choice for armies and terrorists who use children as soldiers. At least 15 countries are known to produce military versions of the AK-47 family of weapons.

The RPG-7 fired a grenade for decades that was extremely effective at damaging or taking out hard targets such as tanks and armored vehicles. Another product of Russia, the RPG weighs only 19 pounds when loaded. It is cost-effective and easy to use – basically just shoulder, point, and shoot. The rocket is a punchy 85mm.

The round arms after launch at five meters and is effective out to 500 meters with a speed of 300 meters a second. It can penetrate up to 13 inches of armor.

There are numerous RPG variants that countries have developed. It became highly-popular during the Vietnam War when utilized by the Viet Cong and NVA.

Then it was taken up by dozens of armies and terrorists around the world. To destroy tanks, two or more RPG shooters would aim for the rear or top of the turret, then go for the tracks, and finally an armor-piercing kill-shot to the tank.

The Predator and Reaper Drone

The MQ-1 Predator was originally a reconnaissance drone that entered service during the Balkans conflict in the mid-1990s. But it changed the world when armed with Hellfire Missiles. The first Hellfire attack happened in Yemen in 2002 where terrorists were eliminated in a car. Then it quickly made its transition to Afghanistan for targeted assassination of Taliban and Al-Qaeda militants. The Predator was ahead of its time with heightened situational awareness. It has synthetic aperture radar, video cameras and a forward-looking infrared (FLIR) imaging.

The Air Force continued to order dozens of the Predators until 2011 and finally retired it in 2018 for replacement by the MQ-9 Reaper. The Reaper had longer loiter times. The Reaper uses up to eight laser-guided Hellfires and the full payload is nearly 4,000 pounds. It can also deploy Joint Direct Attack Munitions.