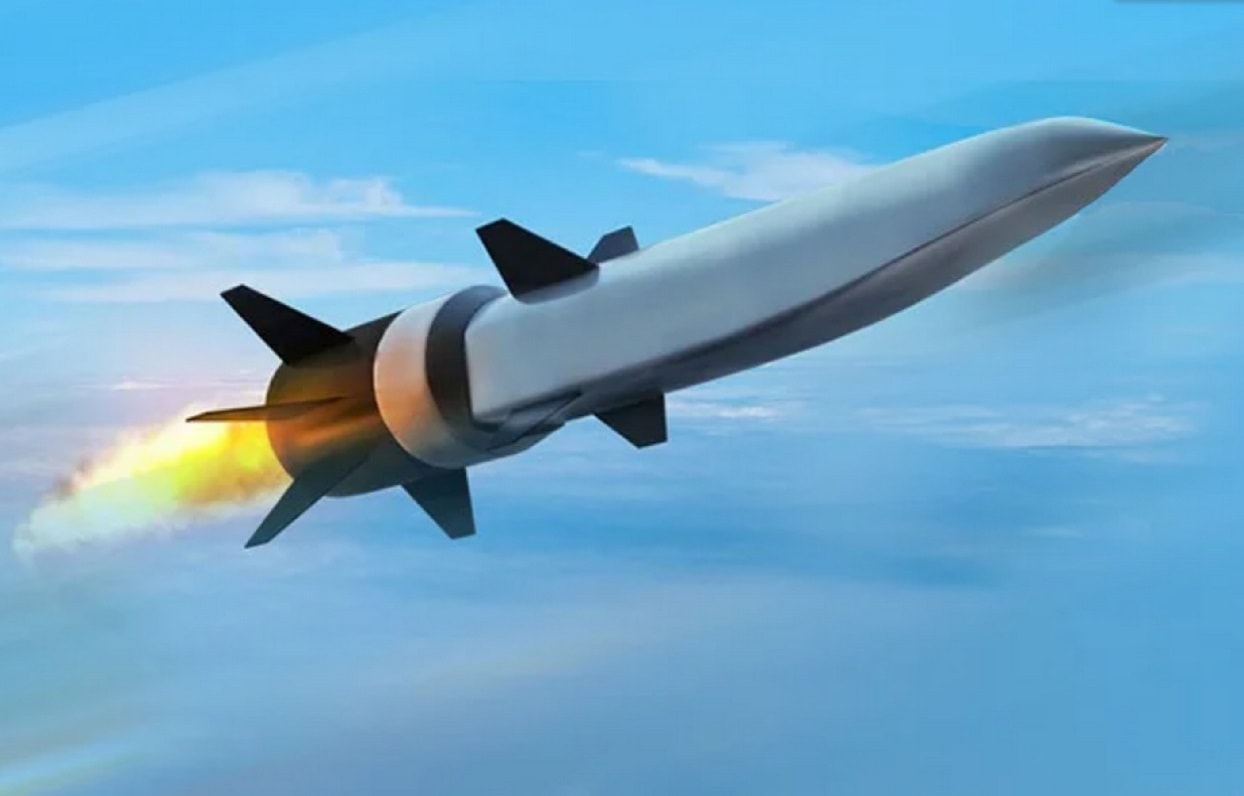 The U.S. Army is one step closer to getting its second hypersonic missile program off the ground. DARPA has overseen a successful ground test of an engine and a defense contractor has publicized an artist depiction of the system. DARPA has funded the early development of this hypersonic missile and the agency believes integrated testing can begin later this year. This joins another Army hypersonic weapon program called “Dark Eagle.”

The Army’s “Operational Fires,” or OpFires program is a partnership with Lockheed Martin that is overseen and funded by DARPA, beginning in early 2020. It uses a ground-launched road-mobile concept with plans to have the intermediate-range system ready to launch in minutes after it changes location. The entire quick-loading system can be carried by a C-130 cargo plane. The program is currently in the fabrication and assembly stage. The greater-than-MACH 5 boost-glide missile can readily evade enemy air defense systems.

DARPA says the rocket motor is solid-fueled and “throttleable.” This means that the engine can be shut down before burning all of its fuel. This allows it to hit all the targets within the medium-range band. It can achieve on-demand thrust to improve survivability.

The Army has already proven the launch systems that undergird programs such as the High Mobility Artillery Rocket System (HIMARS). So OpFires is building on the technology of HIMARS. Lockheed Martin believes that this interoperability will make OpFires more affordable and allow it to come in on time and under budget.

OpFires would likely be deployed with a field artillery battalion because it is designed to “go where soldiers go.” It is integrated with the Army’s existing Palletized Load System – a 5-axle, 10-wheel drive truck with a companion trailer.

This isn’t all that the Army is planning for hypersonics.

Images of the Long-Range Hypersonic Weapon (LRHW) have also been revealed recently. This program is being overseen by Army Rapid Capabilities and Critical Technologies Office. Nicknamed “Dark Eagle,” this is a missile with a hypersonic glide vehicle. Dark Eagle was tested in March of 2020 and could enter service by 2023. Its range is 1,700 miles. That means it could hit targets in China when launched from U.S. military bases in East Asia.

There is a problem when there are two competing systems. The Biden Administration and Congress may balk about which program to support with funding. Both seem advantageous, but does the Army really need two different hypersonic missiles when other branches are developing their own too? Dark Eagle is further along, but OpFires’ throttleable engine is more compelling. The Army believes both programs fall under the general rubric of “force modernization.” By placing them in this category, it is one way the programs can avoid the chopping block. The Army can also point to a recent test of China’s hypersonic weapon to fan the flames of hypersonic hysteria.