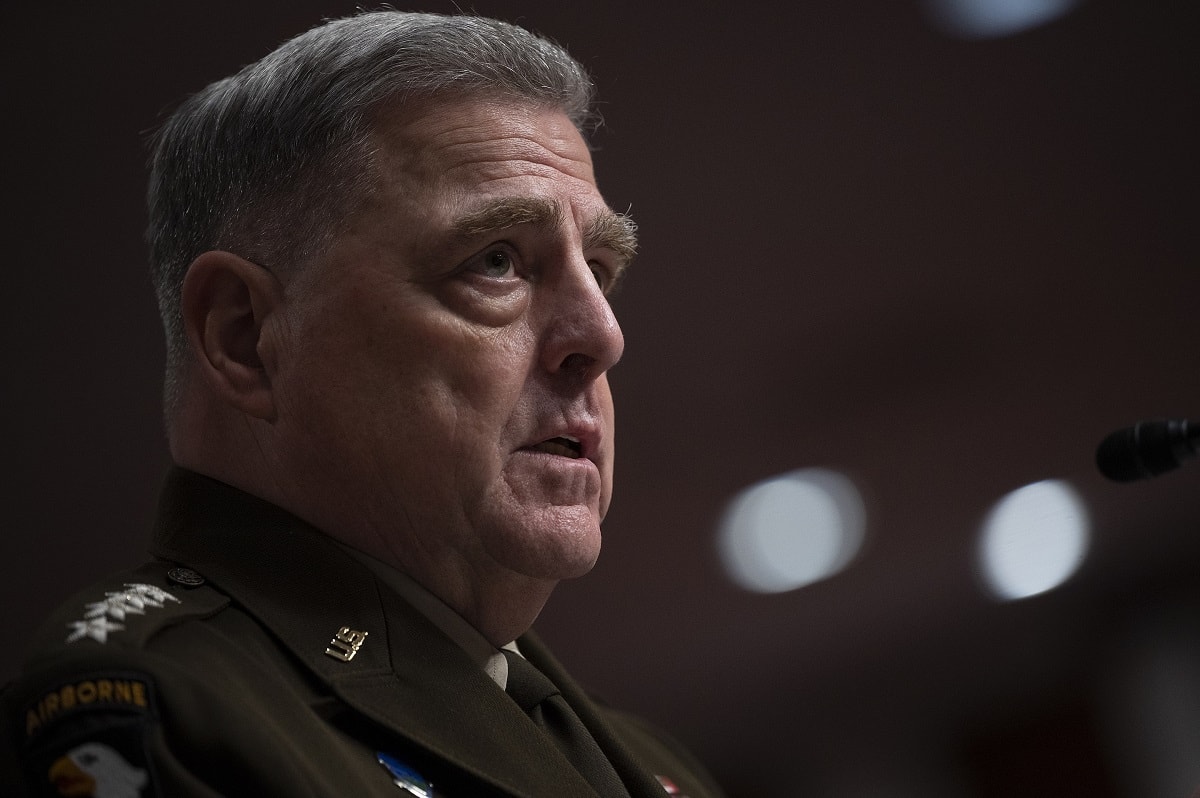 A lost time-honored tradition in the American military needs to return, firing admirals and generals who don’t perform. Congress should take the lead by making combat commanders subject to periodic votes of confidence by reconfirmation in order to keep their active rank and jobs. The return of this tradition would bring accountability to a Top Military Brass that has become decadent and self-serving because its admirals and generals don’t get fired anymore, and they feel invulnerable and are unaccountable as a result. This needs to be written into law.

Once upon a time, American generals and admirals believed in what Gen. Douglas MacArthur called “Duty, Honor, Country.” They were men who viewed their men and their mission as larger than themselves. Those who let their egos get the better of them were shown the door. MacArthur’s ego ironically resulted in President Harry Truman firing him in 1951.

Those who didn’t perform like Adm. Husband Kimmel and Gen. Walter Short, who failed at Pearl Harbor, were out.

Congress must let them know the party is over. It should also consider creating a bipartisan “Plucking Committee” to purge the senior officer corps of the comforted dead wood that plagues America’s armed forces. That would be similar to that assembled by Army Chief of Staff Gen. George C. Marshall at the start of World War II. Marshall purged hundreds of officers that were deemed as “dead wood” and brought up junior officers who became legends like Col. George S. Patton, Lt. Col. Dwight D. Eisenhower and Lt. Col. Omar Bradley among others.

Today’s generals and admirals forget what made their forebears great.

Marine Lt. Gen. Lewis “Chesty” Puller set the standard by which all American generals and admirals ought to strive for. He put his men first and himself last. “Chesty” as Marines still fondly call him became the most decorated Marine in Corps history. He epitomized the servant leadership that’s lacking in today’s brass. “Chesty” believed the way to lead his men was to be up at the front lines experiencing what they were experiencing and to lead by example.

“Chesty” served gallantly in the Pacific during World War II and during the Korean War. He put his country before his personal ambition and aggrandizement. It made him a legend.

George Washington did likewise during the American Revolution. He placed the good of his troops above his own. The fact men stood with Gen. Washington through thick and thin stands as a testament to what makes a great general. If you want men and women to be motivated and follow you, place them first.

Incompetents and egomaniacs must be shown the door, and it is up to Congress to do it because the Pentagon lacks the fortitude.

Men like Joint Chiefs Chairman Gen. Mark Milley, U.S. Central Command Commander Gen. Kenneth McKenzie and Defense Secretary Lloyd Austin typify the self-serving, comfortable careerism that has rotted the top ranks of America’s military. It’s good to be king and have no accountability. You can fail up the ladder like Secretary Austin.

Secretary Austin developed a reputation as a “political animal” who was a “toxic leader” who cared too much about currying favor with the White House while he ran U.S. Central Command (CENTCOM). Then Gen. Austin developed a close relationship with then Vice President Joe Biden due in part to his friendship with Beau Biden. A well-placed source alleged that Austin received the nod to be Biden’s Defense secretary because of that relationship.

Milley’s overt and covert subversion of President Donald Trump suggests he lacked any conviction other than power. The general could have done what others who found themselves unable to work with the former president did and quit.

He could have said, “Mr. President, I cannot and will not support your course of action. I am resigning.” Instead, Gen. Milley chose to be cowardly and passive-aggressive to keep his job.

This writer saw the destructiveness of the Antifa riots in D.C. first-hand, and it was appalling to see Gen. Milley actively undermine the president’s desire to restore order using the military due to the D.C.’s Democratic Mayor Muriel Bowser’s refusal to do so.

“[Lincoln] had an insurrection,” Milley said, according to the book “Frankly, We Did Win This Election: The Inside Story of How Trump Lost.”  “What we have, Mr. President, is a protest.” This was regardless of the fact that Antifa members viewed what they were doing as an insurrection, labeling it the “George Floyd Rebellion.” An Antifa propaganda video posted on Telegram compared the riots to the American Revolution.

The riots cost $2 billion and at least 25 lives nationwide.

Gen. MacArthur famously used tanks and troops to clear out the Bonus Marchers who squatted in Washington, D.C. in 1932. President Lyndon Johnson sent federal troops into Detroit in 1967 to put down the Detroit riots. President George H.W. Bush sent in the Marines to quell the 1992 Los Angeles riots under the Insurrection Act.

Gen. Milley made it clear he’s political. He didn’t have similar hesitation when President Biden and Austin ordered the stand down of the military after the January 6 Capitol riot. Milley allegedly labeled conservative news outlets such as Newsmax and The Epoch Times as “domestic terrorism” threats on par with the Nazis, Bob Woodward and Robert Costa claimed in their book “Peril,” which Milley admits to having acted as a source in. However, Milley denied having made the comment before Congress.

His decision to contribute to several anti-Trump books shows he cares more about his ego. Milley’s testimony about his call with China’s Gen. Li Zuocheng two days after the Jan. 6 contradicts former Acting Secretary of Defense Chris Miller, who said that he never authorized such a call. It also potentially endangered U.S. nuclear deterrence.

Milley pushed back against President Trump’s Afghanistan withdrawal order last November that would have left 2,500 troops behind. The order was rescinded, Milley told Congress. He didn’t do similarly when President Biden ordered the reduction of U.S. troop levels to 600 last April, nor did he mount the same resistance to the withdrawal that he had against Biden to the same degree as he had against Trump. After the fall of Kabul, Milley suggested that the U.S. could work with the Taliban on what he considered joint objectives.

McKenzie confirmed reports that the U.S. had been offered the right to secure Kabul by the Taliban, but he declined to do so.

“As part of that conversation, he said, ‘Why don’t you just take security for all of Kabul?’” McKenzie said in congressional testimony. “That was not why I was there, that was not my instruction, and we did not have the resources to undertake that mission.”

That decision resulted in the deaths of 13 American service personnel. McKenzie could have pushed back against Biden and the State Department but didn’t. It cascaded with the slaughter of the Afghan relief worker’s family in Kabul by an American drone. It also showcased the ineptness of the Biden administration’s counter-terrorism strategy following the Bagram pullout. Real leaders have the guts to make a stand and walk away when necessary. Now the Taliban is back and stronger than ever.

The only real solution to the plague of self-serving incompetents is to institute a “Plucking Committee” to cleanse the top officers in the Pentagon of the “dead wood” and to move deserving junior officers into the top ranks.