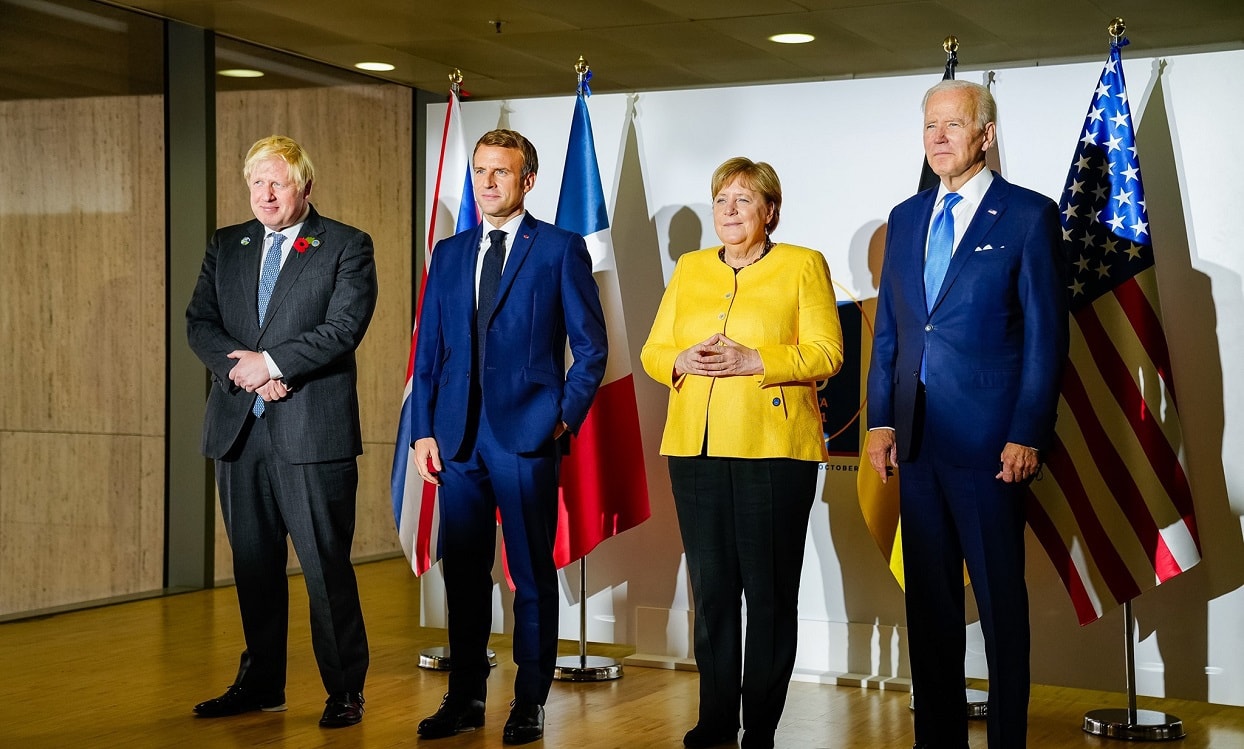 In his first major foreign policy address as president, Joe Biden declared, “America is back, diplomacy is back.” It was welcome rhetoric, but two episodes of diplomatic negligence may adversely affect Europe’s security for decades to come.

The first decision was high profile. As Biden moved to reverse the policies of his predecessor, he lifted American sanctions on the Nord Stream II pipeline and enabling its completion and operation. This amounted to no less than a generational win for Russia’s strategic ambitions in Europe as it enabled Russian President Vladimir Putin both to blackmail those in Europe who have become dependent on Russian gas and to punish those countries like Ukraine by potentially cutting them off as a pipeline route.

The second blow to Europe’s security came just last month and largely passed under the radar. On its surface, the Mutual Defense and Cooperation Agreement signed by Secretary of State Antony Blinken and his Greek counterpart Nikos Dendias, was a triumph. The agreement cements the relatively new U.S.-Greek bilateral (as opposed to NATO) defense cooperation. Rather than renew this defense cooperation annually, the new agreement lasts five years, with a more permanent extension possible. It also facilitates greater training and cooperation between Greece and the United States.

Behind the scenes, however, Biden dropped the ball. The similarities between Putin and Turkish President Recep Tayyip Erdoğan are greater than their differences. Both reject the status quo, talk about revising their recognized borders, blame the West for loss of grandeur, and seek to provoke regional crises as a way to distract the public from their own economic mismanagement. In recent years, as Russia has grabbed territory from Georgia and Ukraine, Turkey has sent troops into Syria, Iraq, and Nagorno-Karabakh; violated the status quo in Cyprus, claimed a maritime border with Libya to the detriment of the countries in between, and threatened Greek islands in the Aegean Sea. Western weakness, whether couched as diplomacy or not, only encourages Erdoğan to further aggression.

As the strategic and economic significance of the Eastern Mediterranean grows, the United States military has little logistical infrastructure. The U.S. presence at the Incirlik Air Base in Adana, Turkey, is tenuous.  The U.S. Navy has long utilized Souda Bay on Crete, but its other preence in the region is new: The U.S. Army now has a small presence at Camp Georgoulas in Volos. In just the last couple years, the U.S. Army and Marines have drilled together with their Greek counterparts at the Litochoro Range at the foot of Mount Olympus. The October 2019 U.S.-Greek agreement also gave the United States access to facilities at Alexandroupolis.

With the exception of Souda Bay, which is almost 400 miles away from Turkey, the facilities that the United States uses are all in mainland Greece and leave the Aegean exposed. The Greek government hoped to rectify this strategic liability but Biden’s national security team convinced itself that stationing Americans on the island of Skyros, as Greece requested, would antagonize Turkey. This is nonsense. Skyros is in the central Aegean, well situated to protect the other islands and their resources but not threatening to Turkey. While Greece did not formally request an American presence at Limnos, Athens would readily have also acquiesced to a small presence there as well. Not only would an American presence on Skyros and Limnos deter Turkish aggression not only against Greece but also more broadly against Cyprus, Israel, Egypt, Libya, and the Eastern Mediterranean’s other littoral states, but both sites are also crucial to monitoring traffic through the Straits from Black Sea.

Diplomacy requires credibility. Allies like Greece must believe America has their back, while adversaries like Turkey and Russia must understand that the United States has the military infrastructure to pursue other strategies should they reject diplomacy as the means to resolve disputes. Unfortunately, Biden got this backwards. The Mutual Defense and Cooperation Agreement was certainly a positive step, but the rejection of Skyros undermines it greater potential. If Biden truly wants diplomacy to succeed, he must prioritize the interests of the United States and its closest allies over concerns about the objections of states who threaten regional order. Unfortunately, both from the north and the south, Biden’s instincts have undermined Europe’s democracies.