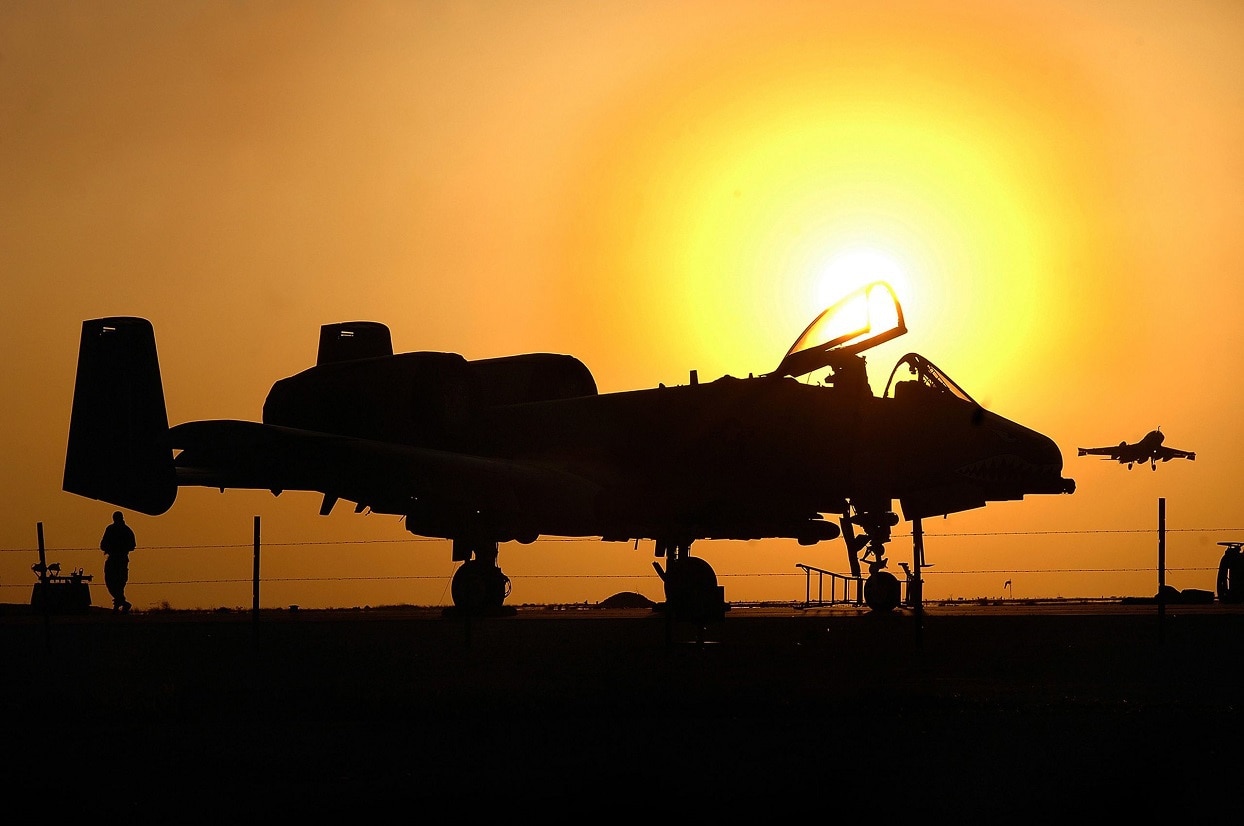 In Washington, it’s easy to blame politicians for being, well, politicians. Defense leaders often decry the parochial interests of elected officials thwarting their plans to get rid of older weapons to free up dollars for reinvestment. This blame is not unfounded, but sometimes Congress has it right. When acting in good faith, Congress contends the services should hang onto old stuff to maintain enough capacity to meet global demand for the United States military.

If Pentagon leaders really want to get to yes with Capitol Hill on divesting equipment, they must first address the underlying problem: an unyielding demand for forces by combatant commanders.

Even as defense leaders call for increased spending on emerging technologies, the services remain busy flying, driving, and sailing presence missions today. Every year, the U.S. military participates in joint exercises with allies and partners, conducts operations, and serves as the nation’s preferred first responder. Combatant commanders have missions to accomplish in their theaters and they need forces from the services to execute those missions.

So, if the services are caught between modernizing the force and saying yes to combatant commanders when they ask for more support, a question logically follows: When can and should the Defense Department say “no” to certain missions?

The Air Force dealt with a range of non-traditional demands for forces this year, for example. Due to the scale of the United States’ effort to evacuate refugees and Americans from Afghanistan, the U.S. mobilized the Civil Reserve Air Fleet—calling on commercial airlines to support humanitarian and military operations. The non-combatant evacuation was so intense and extensive that that crews and planes for portions of the C-17 fleet are now offline for a much-needed reset.

The unprecedented Afghan airlift means the Air Force will rely on its reserve components in the meantime for lift. But those same air reserve components have also been running hard. Earlier in the year, C-130s from three Air National Guard wings and a Reserve wing flew missions in support of the U.S. Forest Service in response to extreme wildfires. The wings were activated a month sooner in 2021 than 2020 and are already flying double the pace of last year.

Air Force chief General CQ Brown and his counterpart Marine Corps Commandant General David Berger wrote frequently over the past year about the need to reconsider how the Defense Department balances long-term and short-term risk when considering investments in modernization versus current operations.

Similarly, Chief of Naval Operations Adm. Mike Gilday cautions the Navy is funding global presence operations partly at the cost of its shipbuilding and development efforts. Referencing operational demands in the Middle East, Gilday estimated, “Those 15 request for forces that extended four [aircraft] carriers in Central Command for almost a year came at a cost of over a quarter of a billion dollars that we cannot invest in modernization.”

In late 2020, Adm. Frank Caldwell, director of the Navy’s Nuclear Power Program, pointed out that it’s not just carriers under strain. Caldwell explained “all of the maritime commanders want a lot more of what the submarine force can bring,” with the preface, “we are a force that’s in very high demand.”

This spring, acting Army Secretary John Whitley also spelled out the struggles his service faces. Whitley said, “[The Army is] about 35% of the active-duty end strength of the department, about 45% if you add in reserve forces….but we’re over 50% of the current operating tempo of the department.” With Iraq and Afghan ops over, the Army continues to deploy soldiers at wartime rates.

Whitley also built on statements from Army chief of staff General James McConville last year, warning that air defense artillery units and armored brigade combat teams were stressed by an operations tempo “higher than it was even during the peak time in Afghanistan and Iraq.” McConville concluded, “So we got to fix that.” Amen. Today, the Army is trying to revamp its readiness model to provide more deployment predictability, but Lt. Gen. Erik Kurilla, who commands the XVIII Airborne Corps rejoins, “A lot of it is going to be dependent on the combatant command demand  signal of those deployed units. And that is one of the baseline things that drives everything.”

Congress is poised to force the issue. In this year’s House and Senate defense authorization bills for fiscal year 2022 there is language on finding an answer for how to better manage the demand signal for forces, honing in on evaluating the force allocations for combatant commanders, and building on efforts to address the issue earlier in the year, spearheaded by Congressman Rob Wittman (R-Va.)

The House and Senate Armed Service Committee bills contain legislation detailing a “Global Force Management Oversight Act.” Depending on the final version, the Secretary of Defense will be required to submit a report on the Global Force Management Allocation Plan, describing where departures from the GFMAP took place from year to year, and explaining differences between the actual allocation of forces to combatant commands during a given year and the forces originally provided in the GFMAP.

Led by Wittman and Senator Josh Hawley (R-MO), the effort seems likely to become law. Congress cannot address the imbalance between the service chiefs and combatant commanders without access to the right data for analysis. This is an important step to provide lawmakers with information they need to review, and ultimately restrain, the demand signal from combatant commanders for forces in their respective theaters. This information will also be critical to the forthcoming Defense Strategy Commission in its work reviewing the Pentagon’s next document so that the force may be simultaneously ready, healthy, and modern.