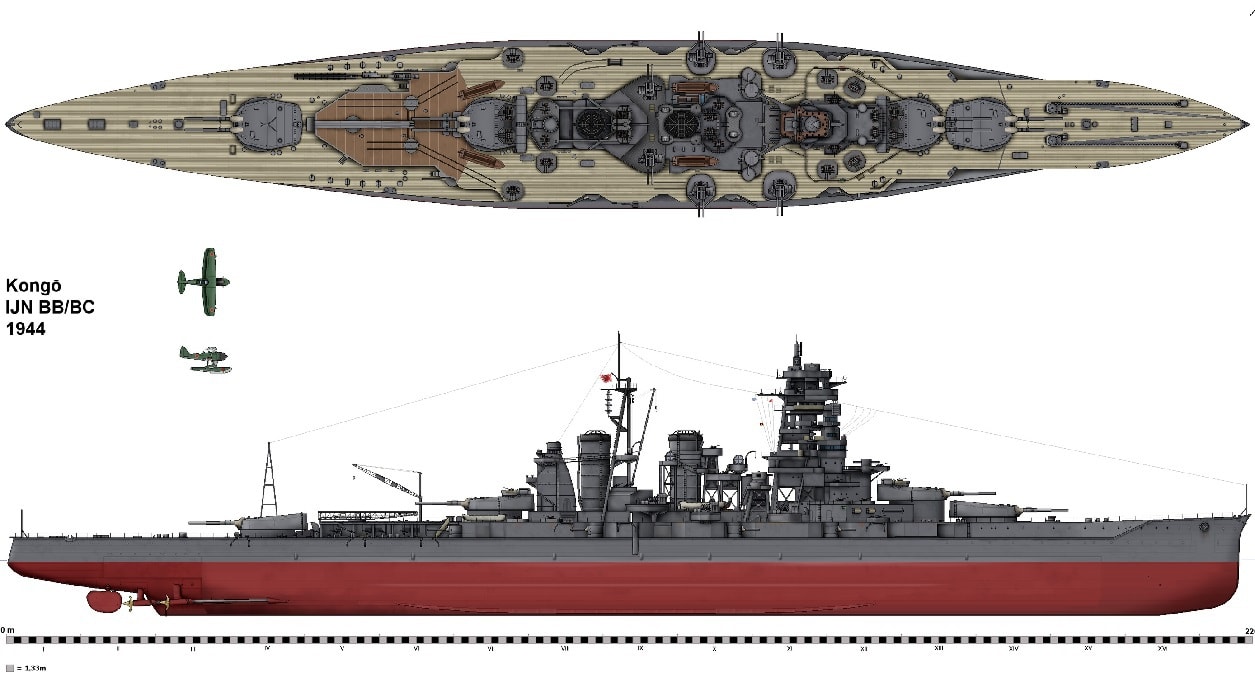 While not as powerful as the Yamato-class, the Kongō-class battleships were actually the most active capital ships of the Imperial Japanese Navy during the Second World War. The four ships of the class participated in most of the major engagements of the conflict, but actually what is also notable about this class is that the lead warship Kongō (“Indestructible Diamond” and named for Mount Kongō) was actually designed by British naval engineer Sir George Thurston.

She was constructed at Barrow-in-Furness in the UK by the Vickers Shipbuilding Company, and was in fact, the last Japanese capital ship to be constructed outside of Japan, which had sought to profit from the study of British techniques by ordering the warship from the UK shipbuilders. Originally designated as a battlecruiser, she was based on Thurston’s design for the Turkish battleship Reşadiye, which was requisitioned by the British Navy at the start of the First World War and renamed HMS Erin. The design changes also impressed the British Navy enough that she influenced the design of the forthcoming Tiger-class battlecruisers.

However, the Kongō and her sister ships would go on to conflict the allies during the Second World War.

After being delivered to the Japanese, Kongō was essentially used by the Japanese as a floating blueprint for three additional warships of the class. The second ship, Hiei was constructed in Japan at the Yokosuka Naval Arsenal, reportedly with some British-made parts; whilst the subsequent Kirishima and Haruna were built in Japan with all Japanese-made parts. The former was build at the Mitsubishi Shipyard in Nagasaki and the latter at the Kawasaki Dockyard in Kobe.

The four warships were amongst the most heavily armed warships in any navy when they were completed.

The ships each displaced 36,601 tons, and were powered by four Brown-Curtis turbines with four shafts, and could reach speeds of 26 knots.

As part of the Anglo-Japanese Alliance, the warships spent the First World War patrolling the waters of the Pacific. At one point the Royal Navy even asked to “borrow” the Kongō, but the request was denied. At that point, neither side could have known however that they’d be enemies less than three decades later.

During the inter-war years, all four of the Kongō-class battlecruisers were upgraded for that future conflict and the enhancements improved the propulsion and protection. As a result, the warships were re-rated as battleships. The upgrades included additional armor, removal of the torpedo tubs and replacement of the boilers as well as the addition of anti-aircraft weapons.

Yet, whilst officially classified as battleships, compared to the other capital warships of the late 1930s and 1940s, the Kongō-class was considered light-armed and lightly armored. However, the Imperial Japanese Navy attempted to make good use of the warships during the Second World War. In the early stages of the Pacific War, Kongō and Haruna provided support for the invasions of Malaya and the Philippines, and later were part of the Japanese invasion fleet at Java. Hiei and Kirishima provided cover for the carrier force, while all four ships took part in the Japanese raid into the Indian Ocean from March to April 1942. That marked the only time during World War II that all four ships of the class served together.

It was not to be a good omen, however, as none of the ships were to survive the war, however.

Just months after the raid, Hiei and Kirishima were sunk off Guadalcanal in November 1942, while the British-built Kongō was torpedoed and sunk by the U.S. submarine USS Sealion on November 21, 1944. 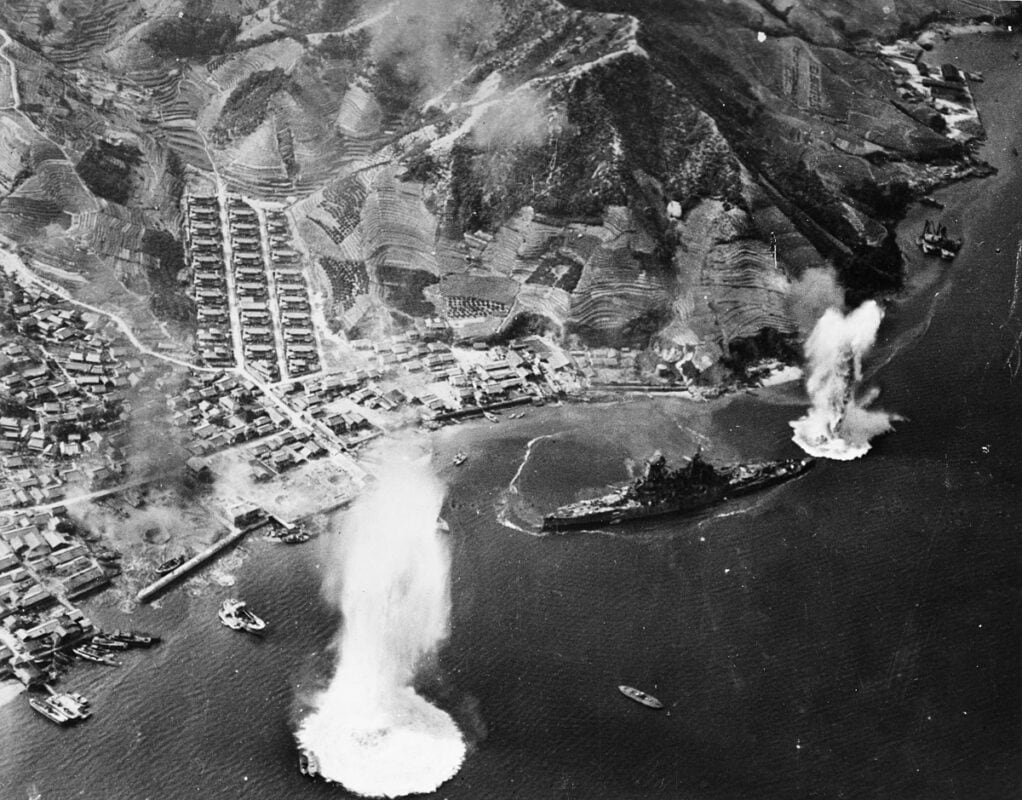 Haruna was the last of the class to survive and she was hit and sunk by U.S. carrier-based aircraft off Kure on June 27, 1945. Her remnants were raised from the seafloor in 1946 and she was broken up over the course of two months.