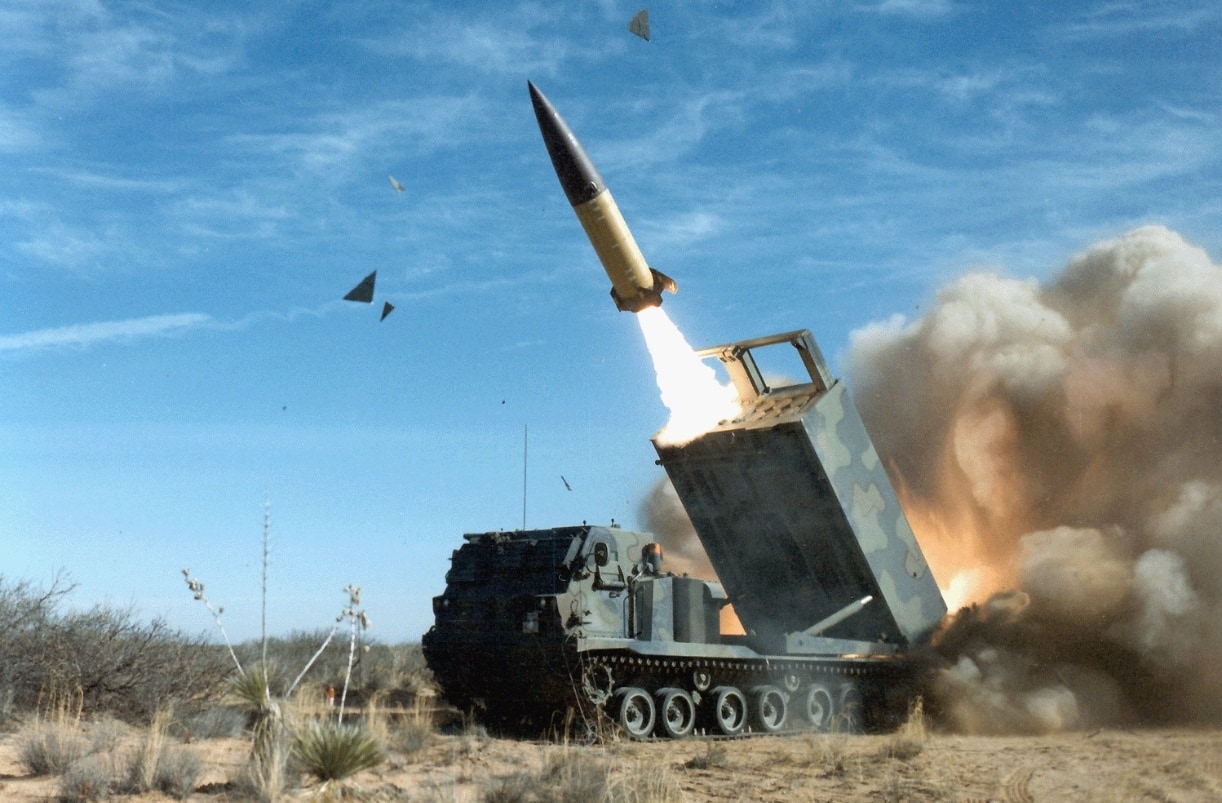 The Air Force is known for its missiles, but don’t count the Army out of the stand-off fight. The Army has also developed missile systems that have ranges as long as 186-miles. A mobile artillery rocket system is top-notch. You’ve heard about the Hellfire missile. The Army has its own long-range drone. You’ve seen Hydra rockets being launched from the Apache attack helicopter, while the Army Tactical Weapons System can dominate the deep fight. With all of that said, let us take a look at the 5 deadliest weapons in the U.S. Army.

The Army’s M142 High Mobility Artillery Rocket System (HIMARS) delivers precision strikes day or night and in any weather. The launch system is mounted on a Medium Tactical Vehicle 5-ton truck chassis. This vehicle and its launcher are assigned to a field artillery brigade. The whole system can be delivered by a C-130. The launcher uses the multiple launch rocket system family of munitions, or it can fire one Army Tactical Missile System (ATACMS) missile. HIMARS can fire at targets over 43 miles away.

HIMARS is definitely a friend of the infantry. Soldiers can call it in when the enemy is “danger close” or around 200 meters away. HIMARS will launch the future long-range Precision Strike Missile (PrSM). This will be a highly-deadly precision-strike guided missile.

The Army wanted its own drone that can conduct targeted assassinations with Hellfire missiles. It got its wish in the MQ-1C Gray Eagle Unmanned Aircraft System. This drone is the Army version of the Predator, but with many modern upgrades. The Gray Eagle flies 25 hours with a ceiling of 29,000 feet. The payload is comprised of the Electro-optical/Infrared with laser designation sensor. It has a synthetic aperture radar and carries four Hellfire missiles. The Gray Eagle can do many different missions. It can conduct intelligence, surveillance, and reconnaissance.

The Gray Eagle also protects convoys, detects and defeats IEDs, and provides close air support. The crew of an Apache attack helicopter can remotely-pilot the Gray Eagle from as far as 70 miles away.

Hydra-70s are 70mm unguided air-to-ground rockets. The Hydras have different warheads. They can be used for anti-personnel, anti-material, suppression of enemy fires, and illumination. Hydras are less accurate than Hellfire missiles, but there are upgraded guidance systems to improve accuracy. The new Advanced Precision Kill Weapon System gives the Hydra-70 a laser-guided option.

Hydras fly 2,300 feet per second and weigh about 25 pounds depending on the type of warhead. You can find Hydras deployed on UH-60 Blackhawks, AH-6 Attack Little Birds, and AH-64 Apaches.

The Hellfire II is one interesting missile. It started out as a “tank plinker” air-to-ground missile on the Apache attack helicopter that was highly effective during Operation Desert Strom. Then it gained even more fame when deployed by the Predator and Reaper drones during the war on terror. Hellfire IIs are laser-guided. They are guided by laser energy that is bounced off the target.

The Longbow Hellfire is a radar-guided “fire and forget” model that requires no additional guidance from the launcher. Hellfires weigh 104-pounds with a 20-pound warhead and are a little over five feet long. Some warheads are anti-tank; others are anti-personnel. Some warheads can also destroy buildings or bunkers.

The maximum speed of the Hellfire II is about a 1,000 miles per hour. Maximum range is close to seven miles.

Looking for a missile that can go beyond the range of artillery fire and other Army rockets and missiles? Look no further than the Army Tactical Missile System (ATACMS). This is a ground-to-ground missile that can destroy bunkers, buildings, and other large targets.

The Army Tactical Missile can be fired from a multiple-launch rocket system or the HIMARS described above.

The ATACMS were used during both wars in Iraq by the Army.

The ATACMS maximum range is 186-miles. The missile guidance is inertial and aided with GPS. ATACMS can be used for the “deep fight,” which means it can take out enemy command and control centers, artillery, surface-to-air missile launchers, and helicopter bases.

The Deadliest Of All?

The Gray Eagle drone has its charms and the Hydra-70 rocket is versatile and effective. But the best all-around weapon is the Hellfire missile. It has just been deployed successfully so many times over the years that it has been adopted by all branches of the U.S. military and many other countries. In second place would be the Army Tactical Missile System since it has such a high range that can attack the enemy in depth.