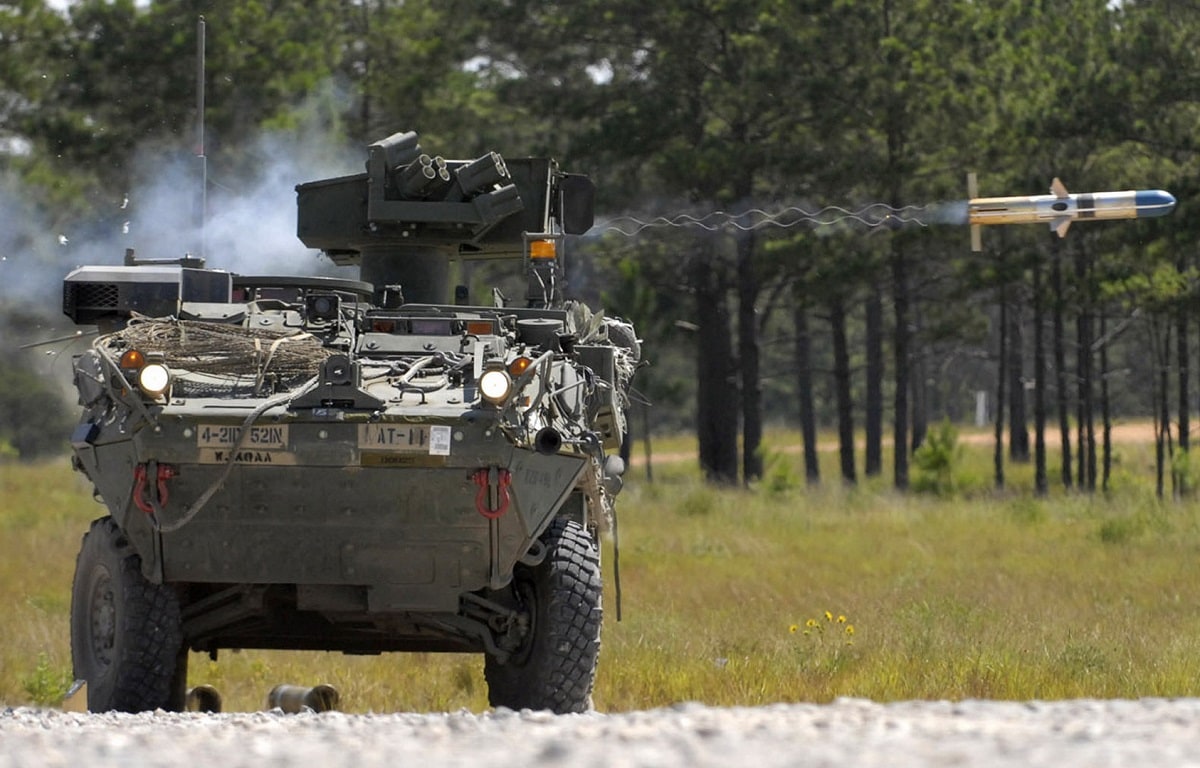 The Army is known for its tracked vehicles, specifically the Bradley Infantry Fighting Vehicle, the Abrams Tank, and the Paladin self-propelled howitzer. But it does have a multi-wheeled light-armored personnel carrier that often gets overlooked. The Stryker is under-rated but a soldier-favorite. It is fast and agile – able to get to the fight or out of the fight quickly.

In the late 1990s, the Army had a problem. There was the Humvee, which was versatile and light. Numerous Humvees could be air-lifted to the theater of operations without a problem. However, the Humvee is really a utility vehicle that was designed for the rear – not necessarily for battle. The next step up was the Bradley Infantry Fighting Vehicle. The Bradley did well in Operation Desert Storm, but it is heavy and more difficult to transport.

So by 1999, the Army needed an intermediate fighting vehicle. That was when the acquisition got kicked off by General Eric Shinseki, then Army Chief of Staff, who directed designers to make a variant of the Canadian Light-Armored Vehicle. The eight-wheeled Stryker was born. Shinseki loved its mobility, speed, and lighter weight. He thought was the perfect armored personnel carrier that could be effortlessly transported by a C-5, a C-17, or a C-130.

Army Tankers Laughed at the Stryker

This was controversial. The Army’s armored branch was fighting mad. They thought the Stryker would not be tough enough for battle. Its armor was too thin, the critics said. It looked like a weak European vehicle, the naysayers said. But Shinseki was unmoved, and the Stryker went forward.

The other great thing about the Stryker is that it is perfect for urban warfare. Here is where the critics were wrong. They thought it would get stuck in the mud in the defilade fight in Korea. But the second war in Iraq was mainly fought in cities and in neighborhoods with paved roads. This was the perfect environment for Stryker’s speed and mobility.

Could It Survive Iraq?

The other question was survivability. What if the Stryker was hit by multiple RPGs? The Army came up with a solution. It developed the Hull Protection Kit with slat armor and a ballistic shield for the commander. Slat armor means the RPG rounds will explode before it hits the vehicle.

The Stryker also increased crew survivability with the remote weapon station and later, the Common Remotely Operated Weapon Station (CROWS). This allowed various weapons systems such as the 30mm cannon, the M2 .50 caliber machine gun, or the Mk-19 grenade launcher to be remotely operated while the soldiers stayed buttoned up inside the vehicle. There are two crew members and a nine-person infantry squad that can fit inside.

One could imagine all the possibilities for this vehicle. Rapid insertion and removal of troops; getting wounded to the hospital, and allowing commanders to be directly in battle with the soldiers – to name just a few. All of this worked great with the Stryker. It had a controversial beginning and a lot of early critics, but the vehicle should now be rated an overall success.