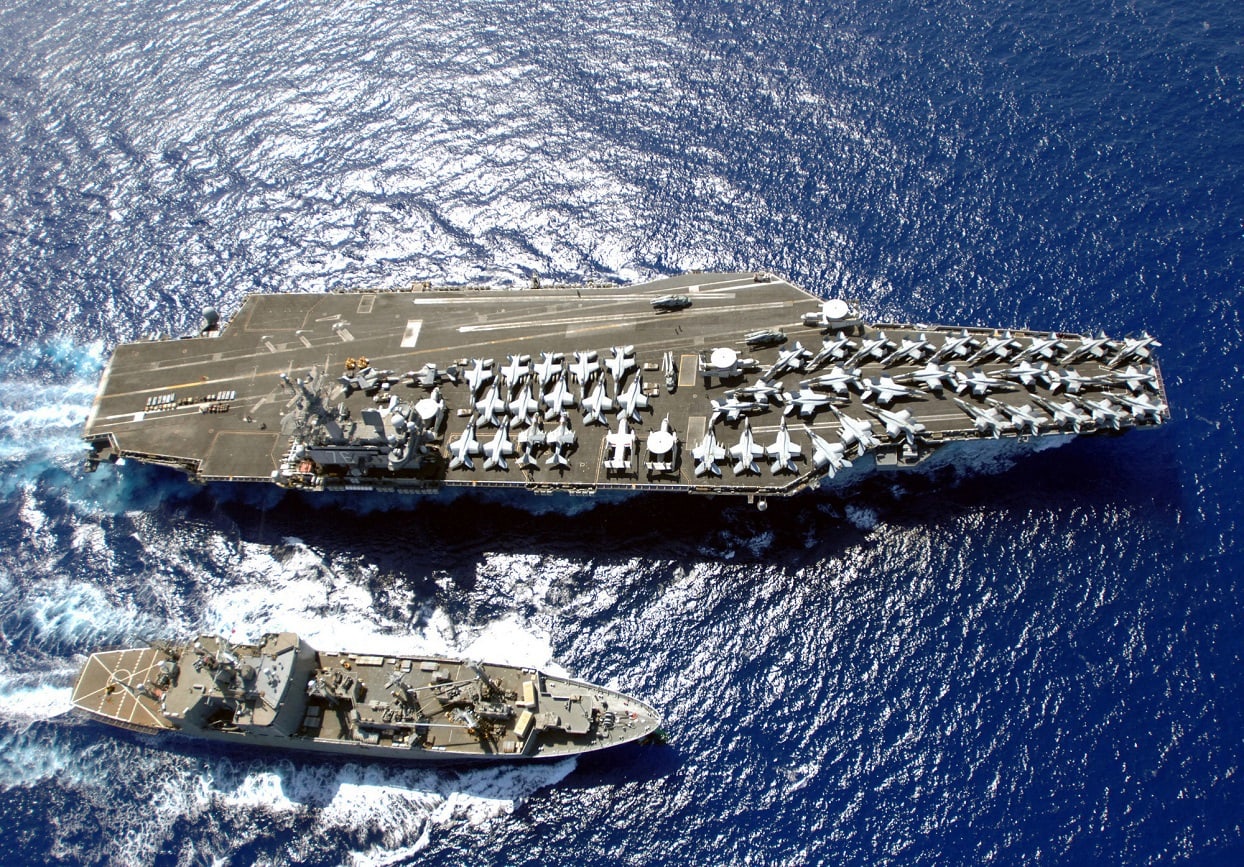 Last week, the White House yet again corrected President Joe Biden for misstating his own Taiwan policy. The day after saying America had a “commitment” to defend Taiwan against a Chinese attack, thereby reversing the long-standing (and badly misguided) “strategic ambiguity” approach, his aides hurriedly said the policy had not changed. “Ironic” doesn’t come close to describing Biden’s misstep. In a 2001 Washington Post op-ed, Biden lambasted George W. Bush for exactly the same thing. Entitled “Not So Deft On Taiwan,” the op-ed ended with “Words matter.”

Indeed. Even Kissengerian words like “strategic ambiguity” can outlive their utility. Taiwan’s central vulnerability today is that it stands isolated by decades of Chinese pressure and propaganda. The conceptual answer is to enmesh Taiwan as a key element of the overall U.S. and allied response to the full array of China’s threats, diplomatically, militarily, and economically. Focusing primarily on bolstering Taiwan’s military power underlines its isolation rather than reducing it. China’s recent improvements to military bases in Fujian province show the cross-Strait arms race is a central fixture of their relations, not a decisive answer for either.

Treating Taiwan separately obscures its significance in America’s policy debates, and fails to generate the domestic political support required to successfully deter China. In fact, given Biden’s priority on reaching agreements with Beijing on climate-change issues, China’s palpable threat to Taiwan is likely being downplayed, not to mention broader dangers. Thus, for example, when Biden met in August with Israeli Prime Minister Bennett, Israeli officials were surprised China received only passing mention.

China poses an extraordinarily wide range of threats. Understanding that Taiwan is part of that spectrum doesn’t diminish its importance, but instead ensures it is not treated as a “one-off” issue susceptible to being traded away. We didn’t trade off NATO allies to the Soviet Union one-by-one, and while we are far distant from an Indo-Pacific NATO, looking at the big picture helps us with Taiwan. Paraphrasing Eisenhower, enlarging a problem can help solve it.

Beijing’s offensive posture on its periphery is clear and growing, as its neighbors see plainly. Taiwan is hardly the alpha and omega of China’s hegemonic aspirations. Deterring Beijing from attacking Taiwan thus fits readily into a strategy both offensive and defensive all along China’s landmass. Beijing needs to hear that Washington holds it accountable for North Korea’s nuclear weapons and ballistic-missile programs, not as simply one more concerned state in the failed Six-Party Talks.

President Biden should strongly reaffirm that the Senkaku Islands lie within Washington’s defense commitments to Tokyo, as Obama and Trump did. In the South China Sea, tightening politico-military relations with the littoral states; explicitly rejecting China’s territorial claims and finally resolving the other nations’ competing claims (including Taiwan’s);  expanding freedom-of-navigation operations and the number of navies participating;  and continued growth in military cooperation with others on China’s periphery like India and Vietnam, including greater cooperation in cyber-security with “neutral” states, are all of a strategic piece. 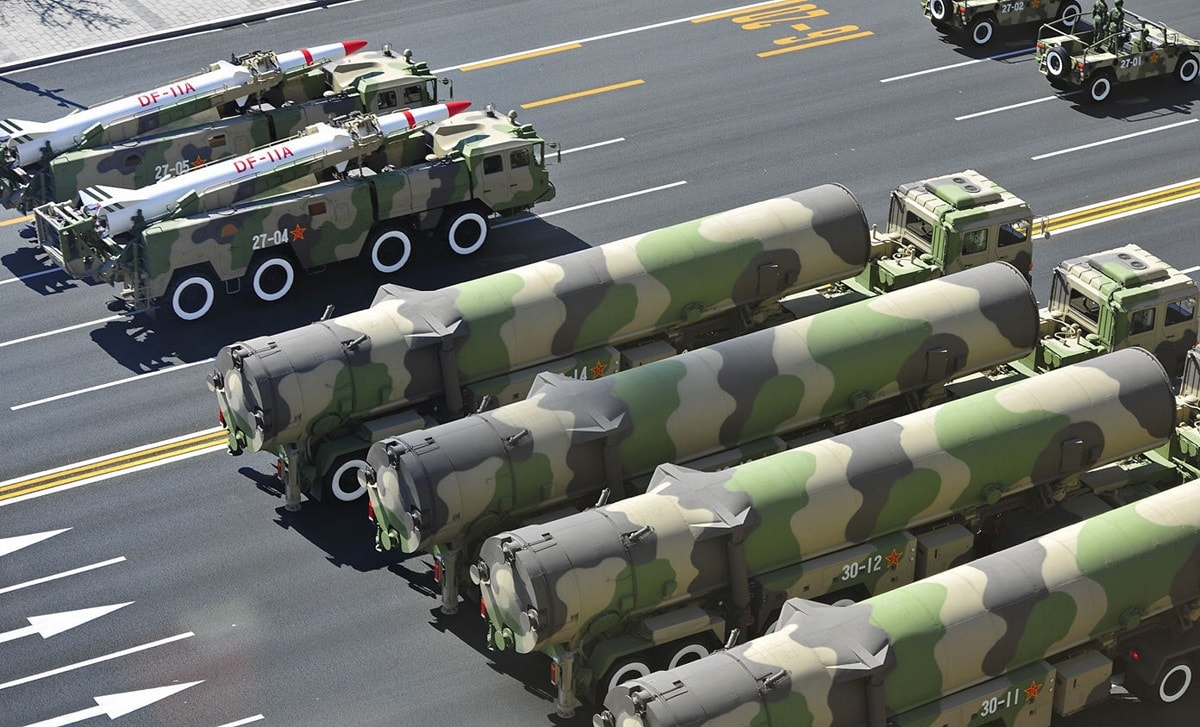 At the apex of the pyramid are nuclear weapons, the ultimate means for China to prevent others from adequately engaging in collective defense with Taiwan.  STRATCOM Commander Charles Richard has described China’s increases in nuclear weapons delivery capabilities as “breathtaking”, no understatement. Enhanced ballistic-missile inventories, reflected by substantial new missile-silo construction, plus Beijing’s progress in hypersonic cruise-missile technology, all indicate it must be a participant in any future strategic weapons negotiations. Bilateral talks between Russia and America reflect merely a bygone era of nuclear threats, not the one growing before our eyes now. China’s complaint that its nuclear inventory is too small to participate would simply give it a license to build up to Russian and American levels, and only then participate. This is unacceptable. Beijing’s nuclear importance should also be plain to Russia, but apparently not yet.  Notwithstanding its current closeness to Beijing, Moscow must understand that Greater China’s territory may well include Far Eastern Russia and more by 2100. All those natural resources and tiny population may be too tempting to resist.

This is far from a complete list even of China’s politico-military threats, let alone the economic and social menace it embodies. In the immediate future, different potential partners will agree in different respects about the nature of Beijing’s dangers. Accordingly, Washington needs a “variable geometry” to involve its potential allies until perceptions of the struggle ahead are better defined and more widely shared. Taiwan is far safer nested within this process than standing apart from it. That is how Washington’s strategic thinking should proceed.