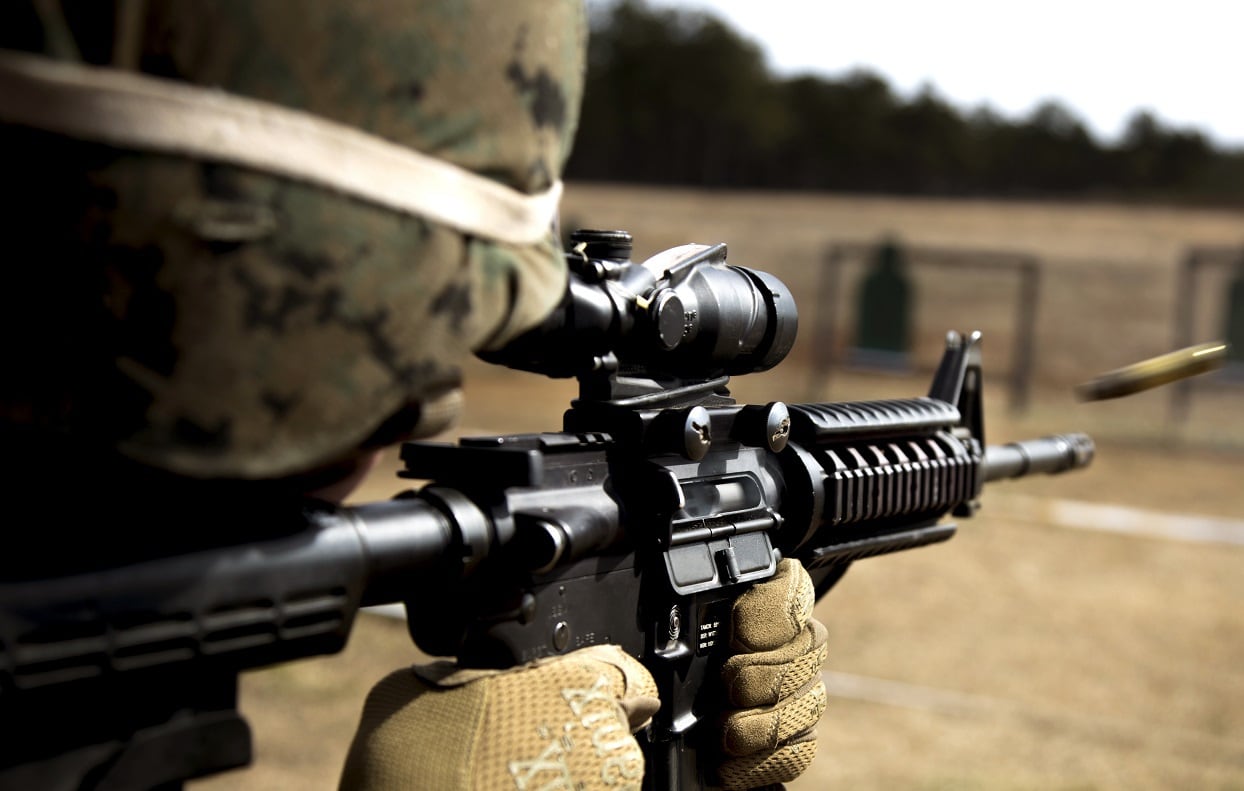 Small quad-copter drones can be used by terrorists to drop bombs on American military personnel. The Marines now think they may have an answer – the SMASH 2000L Fire Control System can fit on an M4 carbine and do some damage to enemy drones. This system can target, track, and fire. It won’t let you squeeze the trigger unless the system is 100 percent sure you’ll hit the target.

The Marines Are Already Testing It

The SMASH 2000L, made by an Israeli firm, is being tested by the Marine Corps Rapid Capabilities Office. These folks get you new solutions as fast as they can – from testing phase to deployment in the field. The SMASH optical system mounts on an M4 and has built-in targeting algorithms to calculate the ballistic solution. The company says that when there is a 100 percent solution match on target – the system allows you to fire. You then have a 100 percent likelihood of getting a hit on the enemy drone.

The sight is almost three pounds – so a little bit on the heavy side for an M4. But the rechargeable batteries last four days a charge.

How About Protecting Ships from Enemy Hobby Drones?

It’s not just for land warfare, the marines could also use SMASH when they are deployed on ships and help defend against small enemy drones that are used in maritime situations. This seems like a foolproof solution, but not everybody is buying in.

Is the SMASH system better than what normal M4 sights can be used to target drones? The U.S. Special Operations Command didn’t think so. SOCOM decided to pass on SMASH. Special ops personnel thought their existing sights on M4s were able to destroy enemy drones too. So, the marines are taking it for a whirl to decide on their own. The Army said that they were also considering SMASH in 2020 as part of their “interim defenses against drones.”

Another question for SMASH is could it be used for drone swarms? What if several marines used it at the same time against a swarm? This would require multiple target acquisition and might confuse the SMASH system. A valuable upgrade would then be for SMASH to have an answer for drone swarms.

There are even more possibilities for drone-on-drone warfare. SMASH Hopper is a different system that can fit on friendly unmanned systems and defeat enemy drones with a remote-control.

I could see this working in a Marine Corps or Army rifle platoon. You would only need one system per platoon. Give it to any private and it should be foolproof. It can be used in day or night and all-weather environments. Small drone warfare is not going away. Hobby drones can be bought by terrorists over the Internet and adapted for military use. So, systems like SMASH sound like they have valuable answers for the future battlefield.