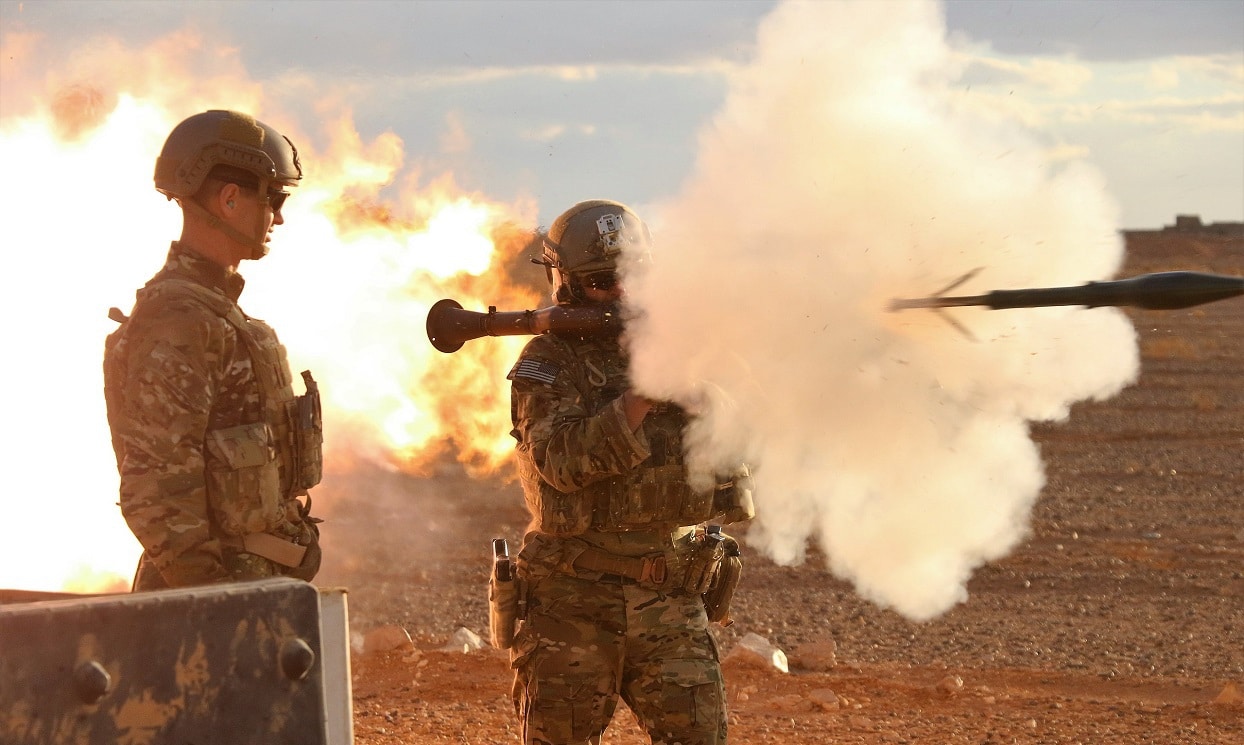 In the first days of October, the Chinese military sent more than 150 aircraft, including bombers capable of carrying nuclear weapons, into Taiwan’s air-defense identification zone, which isn’t territorial airspace but is still seen as a provocative move.

Amid that Chinese aggression, reports emerged that US Army Special Forces soldiers and Marine Raiders have deployed to Taiwan and have been working with their Taiwanese counterparts since at least last year.

The US hasn’t had an official military presence in Taiwan since 1979, when the US officially recognized Beijing, but that doesn’t mean US commandos haven’t been working with Taiwanese troops over the years, though that training has ebbed and flowed with US policy toward Taiwan.

Although training rotations are usually not disclosed, American commandos have deployed to the region before to conduct foreign internal defense — or the training of allied or partner conventional and special-operations forces, including Taiwan’s.

When people think of special-operations units, they think of door-kickers who can perform the toughest operations under the most arduous conditions. Those units do that, but they have also mastered many other mission sets that are valuable in peacetime, competition, and during war.

Foreign internal defense is one of them, and the Army’s Special Forces Regiment has unparalleled expertise.

Foreign internal defense is the bread and butter of Green Berets. During such overseas rotations, Green Beret teams work with and train their local counterparts, using their cultural knowledge and language capabilities to build rapport with their counterparts and ensure a smoother training experience.

By training foreign units, Green Berets form solid professional and personal relationships with the local unit and could capitalize on those relationships in the future.

“FID is one component of US efforts to help our partners prevent lawlessness, insurgency, and war in their own countries. The primary method we use to conduct FID is building the capacity of military and paramilitary partners,” Lino Miani, a former Army Special Forces officer and president of the Combat Diver Foundation, told Insider.

“We’re very flexible and can use FID in many ways. For example, dive teams can quite literally stand up brand new units with combat divers, and the next teams that get to rotate in-country can continue that relationship,” a former Green Beret told Insider.

Troops specializing in other infiltration methods can do the same thing. “Free-fall teams can train their guys in HALO [High Altitude Low Opening] and HAHO [High Altitude High Opening] ops, mobility teams can work with their vehicle guys, etc.,” added the former Green Beret, who requested anonymity because of ongoing work with the US government.

In the Indo-Pacific area of operations, it’s the 1st Special Forces Group — one of seven Green Beret groups — that is responsible for working with Taiwanese and other regional partners and allies. Green Berets assigned to the unit learn the cultural and linguistic nuances of the region to be more successful. Many also have ethnic ties to the region, giving them another way to relate to the forces they train.

“It is these partners that will make it increasingly difficult for China to subvert their governments and societies. This serves as both a complicating factor for Chinese designs and a deterrent. In many ways, FID places more capability in more forward locations, more durably, and for less money than USA would be able to do with our own troops,” added Miani, who is also CEO of Navisio Global LLC, an international security and business consultancy.

Rotations like the one in Taiwan are sometimes not disclosed to avoid international incidents or diplomatic fallout.

“SOCOM has a presence in over 70 countries. Much of it is standard rotations in friendly countries with which we’ve had a solid relationship for decades,” the former Special Forces operator said. “Other rotations are in countries where our presence would be better not advertised for many different reasons, like domestic opposition or fear of upsetting third countries that are the regional ‘top dogs.”

In a war with China, the allied and partner commando units that US special-operations forces have helped stand up or train over the decades would be an advantage for the US military.

“China’s strategic geography depends on three rivers and a coastline. This strategic core is constrained by the US 7th Fleet on one side and by ethnic minority regions of varying degrees of historic hostility on the other three,” said Miani, who served in the 1st Special Forces Group.

“Any war between the USA and China will take place in this strategic periphery but will ultimately be waged to protect the core and guarantee the Chinese economy has access to the rest of the world,” Miani told Insider.

These partners and allies are all united in their desire to avoid an oppressive China on their doorstep that could upend regional peace. But if it came to blows, they would be valuable allies and already prepared to deal with Chinese forces through their decades of training with US special operators.

Green Beret teams already in countries in the region will also have a head start if fighting breaks out and could slow down or distract Chinese forces, buying the US and its allies valuable time to deploy their forces.

“The SF Regiment can be America’s most potent tool for drawing Chinese divisions away from that purpose,” Miani said. “This will require FID in some regions to impede Chinese conquests and unconventional warfare in areas where China already holds sway.