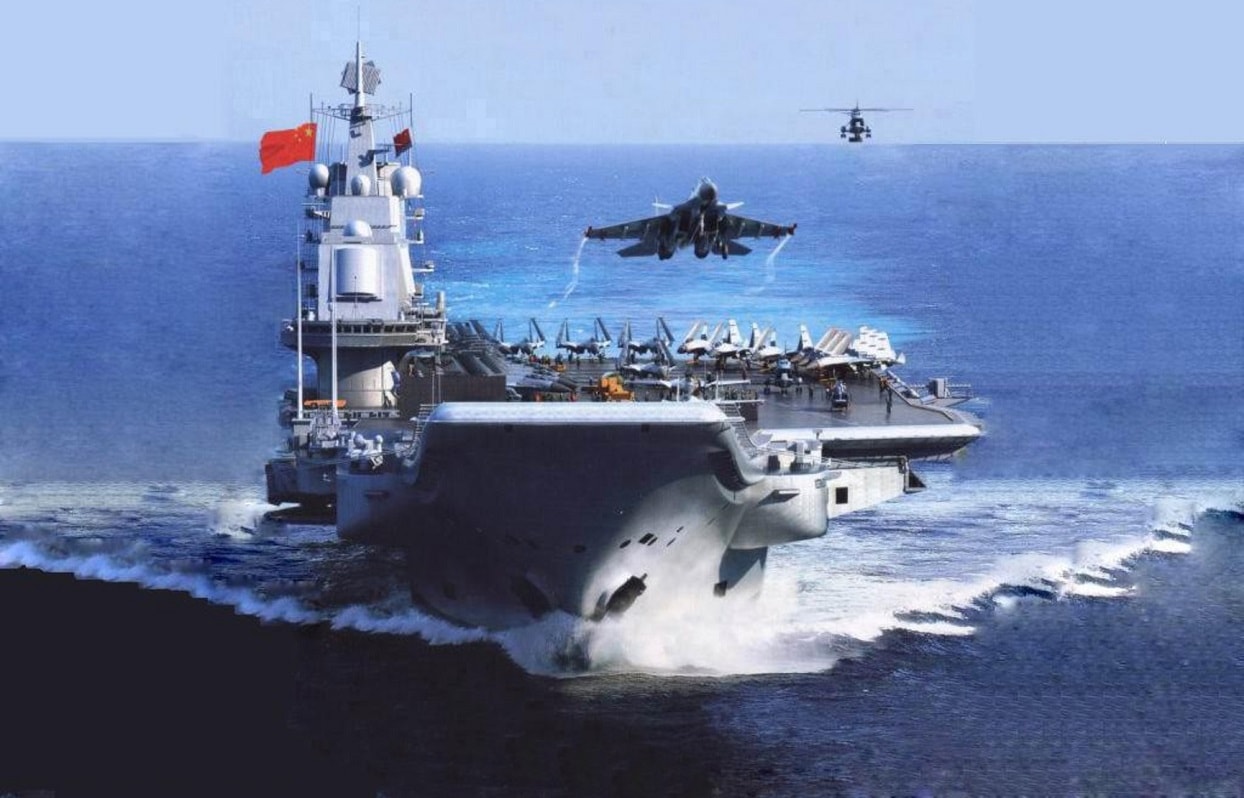 On October 1, China celebrated its National Day by sending fighter jets, bombers, and other warplanes in menacing formations off the southern end of Taiwan. The flights continued day and night for the following four days, with one massive formation of 56 planes testing Taiwan’s air defenses on October 3.

In a speech during this mock “air assault,” Chinese President Xi Jinping described Taiwan independence as a “grave lurking threat to national rejuvenation” and insisted that, while China wanted peaceful unification, “nobody should underestimate the staunch determination, firm will and powerful ability of the Chinese people to defend national sovereignty.”

The immediate reaction in Taiwan of these provocations was bolstering political support for President Tsai Lin-wen. But Taiwanese leadership is worried.

On the mainland, Xi Jinping is promoting his “Common Prosperity” plan, calculated to appeal to the 600 million citizens surviving on estimated incomes of less than $1,700 a year. One primary strategy for achieving this goal will be redistributing the hundreds of billions of dollars that have accumulated in the bank accounts of the country’s billionaire class and on the books of corporations, particularly those in high tech and real estate.

But what might happen to Xi’s popularity and the Peoples’ Republic Communist Party (PRCP) if this campaign fails?

Thanks to social media, China’s population today is far better-informed today on economic and international issues. The Chinese people are notoriously patient, but if the Chinese economy does not continue to roll out advertised benefits, President Xi will need other achievements to maintain popular support.

The great danger is that these alternative achievements could be military. A massive buildup, particularly in naval and missile forces, has given the Peoples’ Liberation Army a new edge in the South China Sea, the Luzon Strait, and even the broader Western Pacific. If regime survival becomes tenuous at home, XI may choose to roll the military dice—possibly even with an attempt to conquer Taiwan.

I’ve seen something similar happen before.  In the early 1980s, during my tour as Ambassador to the Organization of American States, Argentine President Leopoldo Galtieri decided to invade the Falkland Islands (which the Argentinians claimed belonged to them). For internal political reasons and to deflect the attention of his mismanagement of the economy, Galtieri felt the invasion would strengthen his standing at home. Of course, as it turned out, he underestimated the uncompromising determination of the handbag-waving Margaret Thatcher, who promptly dispatched the British Fleet to a successful rescue of the Falklands. Shortly thereafter, Galtieri was out.

Taiwan could find itself in a similar situation – in which case, its status as a democracy, its strategic position along the first island chain off China’s east coast, as well as its hard-earned technology prowess make it well-worth preserving.

“This really is the grimmest time I’ve seen in my more than 40 years working in the military,” Taiwan Minister of Defense Chiu Kuo-Cheng recently said. He went on to predict that, though an invasion now would exact a high—and presumably unacceptable—price from Beijing, the time will come when China’s military modernization drive will produce a capability that will lower that cost to a level Chinese leadership will judge acceptable.

Other experts have concluded that China’s military power has already reached the point that a conquest of Taiwan is not only conceivable but even tempting to Beijing. They also note that, as much as the Taiwanese people may be resistant to unification with China, U.S. military dominance in the area, and its ability to protect the island, is steadily eroding.

China, the U.S., and Taiwan are now caught in a “vicious spiral,” according to Jia Qingguo, a professor of international relations at Peking University who advises the Chinese government. “The process of vicious interactions between Taipei, Beijing, and Washington resembles the forming of a perfect storm.”

Presiding over what is undoubtedly China’s most powerful military in history, President Xi is setting the stage for a third term, beginning in 2022 He is worried about the political impacts of significant debt and other economic problems and could feel compelled to conquer Taiwan as the crowning achievement of his era of power.

Recent indications of the relative strengths of the U.S. and China in the Taiwan region have not been encouraging. Last year, in a war game organized by the Pentagon, the American “blue team” struggled against the “red team” armed with the latest Chinese weaponry in a simulated battle over the island.

In war games held three years ago, American “blue” teams repeatedly lost against a Chinese “red” team, but that was mainly through design because the game was intended to simulate war in the next few years and to test the reaction of U.S. setbacks in battles. That game ended with China launching missile strikes against American bases and warships in the region, followed by air and amphibious assault on Taiwan. The finding was that, even supported by the U.S. forces, Taiwan’s defenses would be overwhelmed in two to three days.

Annual Pentagon assessments since 2000 have shown China’s military progressing from large but ineffective to modern and even surpassing the U.S. in such areas as shipbuilding, conventional ballistic and cruise missiles, and integrated air defense systems. In any conflict over Taiwan, these would all be essential.

Explaining his concern about China’s growing military capabilities, Admiral Philip S. Davidson, the retiring commander of the Indo-Pacific Command, said in March that taking over Taiwan “is clearly one of their ambitions, and I think the threat is manifest during this decade.”

Debates in Washington over what to do have been influenced by Adm. Davidson’s remarks, with support growing for explicit security guarantees for Taiwan, building up military forces around China, and helping Taiwan do more of the same.

“To us, it’s only a matter of time, not a matter of if,” says Rear Admiral Michael Studeman, the director of intelligence with the Indo-Pacific Command in Hawaii. “But Taiwan does not appear to be ready. Military equipment and weaponry is [sic] dated, and mandatory conscription for most young men has inexplicably been phased out. Current efforts to field a professional, all-volunteer force are struggling.”

“The training isn’t as intense as it was before,” said Chang Yan-ting, a former deputy commander of Taiwan’s air force. He suggests that decades of booming global trade—including trade with China—and prosperity have encouraged a view that the island no longer needed to maintain a heightened military alert. “That’s in keeping with the whole tide of the times,” he added.

Others have pointed out that 70 years of protection by the U.S. have resulted in a Taiwanese mindset that, whatever new weaponry is developed, the two Great Powers will continue to balance each other off.

When Defense Minister Chiu predicted a successful Chinese invasion by 2025, he addressed the Taiwan legislature, supporting an $8.7 billion special spending package. That package would include funding for building up air defenses to a strength capable of fighting off the kind of air assault demonstrated during the first four days of October. But time may be running out for making such investments.

In China, many believe that the U.S. no longer has the will to send forces—beyond the tiny groups of advisors now there—should a shooting war break out over Taiwan. They point to the U.S. “abandonment” of its commitments in the Middle East, dramatized by the chaotic pullout from Afghanistan.

Questions of Chinese strength and U.S. weakness aside, even more disconcerting is the fact that a decision to invade made can be made by one man—Xi Jinping—and he may make that decision mainly for political reasons.

Given enough time and will—the recently formed “Quad” of Japan, Australia, India, and the U.S.—may generate the level of cooperation needed to keep the cost of invasion prohibitively high for Beijing. Having successfully irritated and threatened just about all of its neighbors, China is now starting to get some long-overdue pushback across the region.

Former Secretary of the Navy J. William Middendorf II, is the author of The Great Nightfall: How We Win the New Cold War. 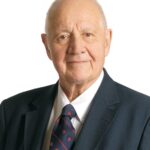 Former Secretary of the Navy J. William Middendorf II, is the author of The Great Nightfall: How We Win the New Cold War. More About This Author: Middendorf has served a number of presidential administrations in high-level positions, including Secretary of the Navy and Ambassador to the European Communities, the Organization of American States, and the Netherlands. A delegate to presidential nominating conventions as far back as Barry Goldwater's in 1964, Middendorf remains active in shaping conservative foreign, defense and economic policy through regular meetings with staff members on Capitol Hill. An intellectual force behind the North American Free Trade Agreement, having written about the concept of a free-trade area uniting the region as early as 1988 in Heritage's "Mandate for Leadership III," Middendorf also is a true renaissance man with interests in both music -- he wrote Heritage's theme march -- and art.